The X And Why Factor 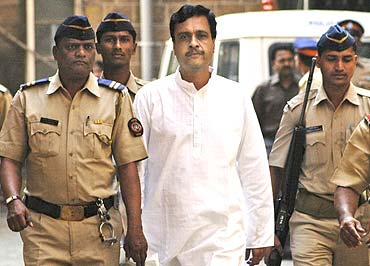 This was the SMS Pravin Mahajan sent to his elder brother Pramod on his Motorola mobile on April 15, 2006. Exactly a week later, he walked into his brother's flat in Worli, had tea, made small talk and shortly after pumped four bullets into the BJP leader. The SMS was one of the two clinching factors that helped a Mumbai sessions court decide that Pravin was guilty of murder and criminal trespass under Sections 302 and 449 of the IPC.

The other factor was Pramod Mahajan's last statement, spoken in anguish while being wheeled into Hinduja Hospital. "I don't know what I have done for my brother to do this," a profusely bleeding Pramod told his brother-in-law and former Maharashtra home minister Gopinath Munde. Hours later, he slipped into a coma only to be declared dead 12 days later, on May 3, 2006. The sessions court judge Srihari Daware accepted this as Mahajan's dying declaration, especially as it was made to "a responsible citizen and former minister".