India faces an unprecedented energy crisis. The days of half-measures are over; only an integrated energy policy can bail us out. Some suggestions.... 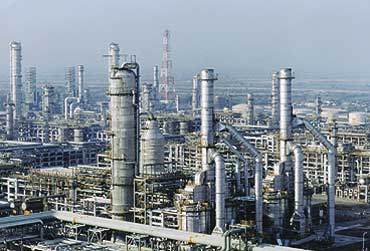 India today faces an energy crisis—last year it imported over 105 million tonnes of crude oil and oil products at a cost of over $30 billion, and it had power shortages of over 25 per cent. And this will only become worse as the population increases—India will add the population of the US in the next 15 years, as the one-third of our population now under 15 moves into the consumption ages and as our 72 per cent of rural population gradually becomes urbanised. India's energy consumption per capita is half that of China and about one twentieth that of the US. Driven by these factors, by one estimate, India's energy needs will double by 2020 and we'll require crude oil imports almost three times the present levels and that at a cost equal to the present total foreign exchange reserves of the country.

The energy crisis confronting the country thus needs a new integrated strategy. In formulating this strategy, four issues need to be understood. First, while oil imports have been a major focus in recent days, the fact is that what India really faces is an energy crisis. Only one-third of India's energy consumption is met by oil—and the domestic Indian oil companies today only provide one-third of this consumption. In short, the Indian oil companies, despite their great profits, actually provide less than 10 per cent of our energy needs. And it seems highly unlikely that this percentage will improve in any drastic measure over the next decade, thus requiring a different approach to the crisis.

Second, any energy strategy needs to be resource-based. India has oil reserves at present production levels only for 19 years, gas for 28 years, and coal for about 230 years. This distribution of resources in the world is similar—a reserve-to-production ratio of 41 years for oil, while gas is over 67 years. Interestingly, while 78 per cent of oil reserves lies under opec control, gas and coal reserves are more widely distributed with no single country or group of countries likely to acquire opec's monopoly power on supply and price. Third, the linkage chain between resources and consumption is poorly understood. For example, almost half of the power produced by burning fossil fuels is lost in distribution, effectively negating any gains on resource exploration and exploitation. Electricity losses in India average over 40 per cent while in most countries electricity losses are kept well under 7-8 per cent. And finally, self-reliance and self-sufficiency are likely to be inadequate policies in today's globalised world for ensuring the country's energy security in the future.

So what should the country do, given these resource constraints and the new geopolitics of energy that is emerging in the world? Here are suggested five pillars for the new energy policy and strategy:

One, India should move its economy gradually from oil to gas. The resource base within the country and globally argues for this, as do global environmental constraints likely in the future. What does this imply? India should invest in three to four LNG terminals—some of which could be government-financed infrastructure with soft loans to kickstart the change. Coupled with this would be the development of a national gas transmission grid mirroring the national highway project. All major cities in the close proximity of the national grid should switch from oil and diesel to CNG—a model whose practicality has been demonstrated in Delhi albeit under a court order. Upscaling of gas to diesel technology should be feasible based on pilot projects in Malaysia and New Zealand. Opening up the gas system as an open access system will stimulate public and private distribution companies to invest and utilise the gas, as has been done in Gujarat.

Second, it is clearly time for a new exploration policy for coal to be implemented on the lines similar to NELP (New Exploration Licensing Policy) for oil and gas. The success of the series of NELPs in mobilising both technology and finance from within the country and without should silence the critics of this approach. Coupled with mine mouth-based power plants and the new electricity law which allows open access in transmission, it can contribute to a major alleviation of the power situation in the country, since coal-based power plants can be set up technologically within four years. Additionally, clean coal technology can blunt the criticism from the environmentalists regarding pollution.

Increase in energy efficiency has been a chimera in India although a large number of organisations and ministries have struggled valiantly over the years to have an impact. The fact is that in the absence of the right price signals, most of these efforts are more likely to fail than succeed. World experience demonstrates that the most effective means of promoting energy efficiency in production and utilisation comes from the introduction of competition and through transfer of ownership of the systems or parts of the system. Thus, just as cellphone competition with a strong regulator has stimulated better consumer service at lower prices, a shift of ownership of distribution of electricity and gas through either cooperatives or investor-owned utilities or even private companies, coupled with the development of a competitive field under a regulator, could achieve the same in the power and gas sector.

Fourth, the search for increased resources both within the country and outside should not be given up—just more effectively organised. It should be recognised that stimulating domestic competition between companies both Indian and foreign has been responsible for more resource discoveries in the country—for example, the Krishna-Godavari gas fields—than would have happened if the sector had been left to the monopoly public sector oil companies alone. Yet, it is also clear that the search for overseas contracts is not the most effective if the size of the companies—not financially so much as technologically—does not have the necessary scale and in-house expertise. The answer thus would be to leave the domestic resource exploration effort to a competitive structure without trying to create a fictitious synergy by merging two or more large oil companies like ONGC and IOC, but there is merit in creating two or three companies for foreign ventures outside the country. Two of these could be formed by the merger of the larger oil companies in the public sector while the private sector can also be encouraged to look for economies of scale in their overseas operations.

Traditionally, India, like most developing countries, has difficulty mobilising political will to execute its often well-laid plans. It is only at times of crisis that the requisite political will is perforce demonstrated that can convert the well-laid and thought out plans through to execution. Well, as far as energy is concerned, this time the crisis is here and the wolf is at the door. ...

(Anil K. Malhotra is an international energy consultant who has been advisor to various national governments, World Bank, IFC, visiting professor at Indian School of Business and director of various Indian companies, including ONGC. He can be contacted at anil_malhotra2005@yahoo.com)