As the air clears, India looks to have lost more than it gained at the Paris accord 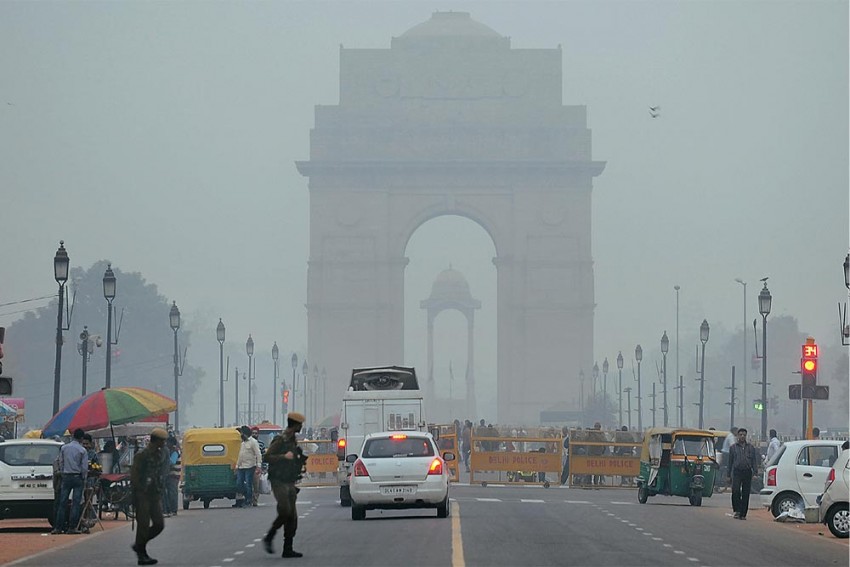 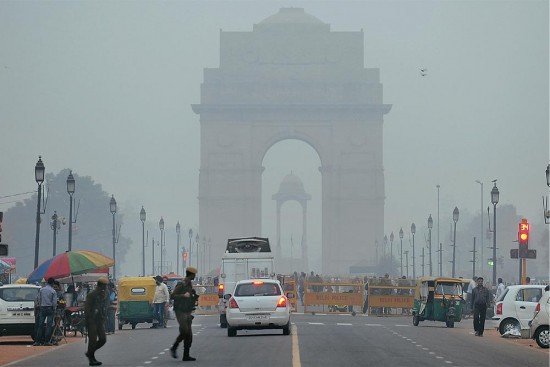 Cloudy With A Chance Of...

The coincidence has fuelled its share of jokes and conspiracy theories. As negotiators burned the proverbial midnight oil at the just-conclu­ded UN climate change summit—COP21—in Paris, a vocal group of Delhi’s citizens were working themselves into a frenzy over rising pollution levels in the capital. As soon as the talks got over, poof, clear skies ushered in Delhi’s brilliant winter sun. Pollution levels were relatively back in the safe zone.

Just like the smog lifted over Delhi, the cold, harsh reality of what was achieved at COP21—and what was lost in the bargain—becomes clearer. Activists in India who had campaigned for long to have a more just climate change accord feel it’s been a letdown. The question everyone’s asking is whether India gave away more than it got for the funding and technology support to tackle the carbon emissions, now being blamed for the rise in global temperatures and freaky weather conditions (like the deluge in Chennai). One thing’s for sure: not only were India and China dubbed spoilers, there are allegations that the int­ernational media and large expat communities in Delhi and Beijing fuelled the mass hysteria about rising pollution levels.

While the conspiracy theory may seem far-fetched, there are many who see some truth to it. Take, for instance, the high decibel noise over the worrying levels of Delhi’s air pollution. Just two days after the Paris agreement, the concerns seem to have tempered with rep­­orts on December 14 claiming that the harmful particulate matter level (PM 2.5 and 10) in the capital’s toxic air has come down,  compared to the same period (early December) last year.

Navroz K. Dubash of the Cen­tre for Policy Research, a climate change expert, says he does not “buy the conspiracy theory”, but there are several others who see some design to put India and other major developing countries under pressure to share “polluters’ responsibility”, instead of just the developed nations.

Some activists who were in Paris ahead of the UN summit, the two-week long deliberations that concluded on December 12 with the Paris agreement, say that air pollut­ion levels in India and China figured pro­min­ently in the western media—and not just during the two weeks of crucial talks but for several months ahead of the summit.

“Months ahead of the Paris summit, it was known that pressure was being put when international media tried to focus only on the high pollut­ions levels in India and China,” says Nag­aland MLA Mmhonlumo Kikon, who was part of the official delegation of par­liamentarians and legislat­ors at COP21. “India is pri­ncipal among the countr­ies to ask for common but differentiated responsibility. It has been harping on the issue of ‘polluter pays’, so this was an attempt by developed countries to use int­ernational media against us.”

Of course, there had to be some give-and-take if the summit was to conclude with some agreement on containing the temperature rise to less than 1.5 degree celsius of the ‘pre-industrial levels’. Dubash argues that what India gave up was not much bec­ause it retained “the idea of differential responsibility. That is what limited the concession as the ambit of its action is tied to funds from the developed nations”.

This is not as easy as it sounds as there are as yet no firm ground rules. But reaching even here was tough for India, as it was dubbed as a major one among “spoilers” of any accord. There was a lot of PR and propaganda against India in the first week of disc­ussions, says Anoop Poonia, India ope­­­r­ations head of CAN Asia, regional node of an international network of NGOs.

Unknown to India, the US had formed a secret coalition with around 100 least dev­eloped/vulnerable countries including the African, Caribbean and Pacific and isl­and countries, by making pledges of money to weaken the ranks of the developing nat­ions—a fact which came to light only in November. A major upset for activists was the fact that the “historic emissions” of the West was forgotten in the accord. Indeed, the focus was more on higher growth-led emissions in India and China.

“In that sense, India lost a good opportunity for development as the West made the 1.5 degree celsius the target to contain emissions but makes no commitment of finance and technology transfer,” points out Walter Mendonza of the Indian Net­w­ork on Ethics and Climate Change (INECC). Neither has the US or other developed nations agreed to compensate for the loss and damage due to the impact of climate change.

Now one of the push-backs from India was the rejection of the OECD/CPI report that two-thirds of the $100 billion funding for climate change mitigation and adaptation post-2020 has already been reached. Now a new met­hodology is to be developed for calculating the funding, estimated by India to be $10 billion so far with just $168 million being earmarked for specific projects.

The Paris climate agreement has diminished the difference between the developed and major developing nations, but Poonia sees some scope for redeeming the situation. “There are still some hooks available that need to be strengthened in the next five years for the Paris agreement to be meaningful or it will be a giveaway by the developing nations,” says Poonia.

Coming back to Delhi, as an expert exp­lained, the local smoke stacks (factory chimneys) add to the smog and air pollution but they are not greenhouse gases—carbon dioxide from fossil fuels and methane—which trap heat in the atmosphere. This applies to climate change negotiations too. The thumbs up signs mask games of persuasion that we can smell but, alas, not see too clearly.