It’s high time the university reasserted itself as an institution 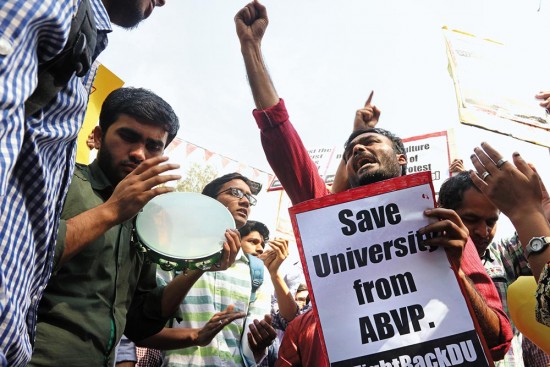 Karl Marx, much maligned today, was not only a great scholar but also a fund of quotable quotes. Yet strangely, many of them, while intriguing, didn’t quite fit India. History, he once said, repeats itself twice, once as a tragedy, then as a farce. History in India does ­repeat itself, but in a more slapstick way, first as a farce and then as a tragic farce. One senses this in the current battle of the university.

The first round at JNU and Hyd­erabad had drama, but the academe’s resistance was eventually sucked out by the bureaucracy. The battle over Ramjas College, billed as round two, is more worrying and can be read at three levels: a battle between two student groups, which has shades of a Punch and Judy show; the public and, one might add, Facebook perception of the demonstrations that followed; and then the overall question of the university’s fate.