'The Use Of Steroids And Cortisone By Players Was Common' 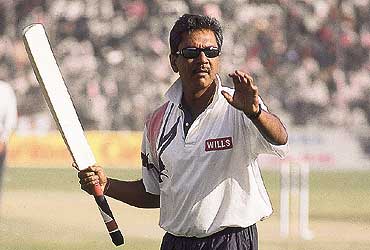 outlookindia.com
-0001-11-30T00:00:00+05:53
Anshuman Gaekwad has been closely associated with Indian cricket for nearly 25 years. The former celebrated opening batsman was the coach during the World Cup in 1999, and bounced back again for a short period last year when Kapil Dev resigned from his job. As coach, his proximity with the team is undeniable. In his words, "They were close to me, like family members." In an exclusive interview with Outlook, he talks of the prevalence of drug abuse in the team. Excerpts:

How prevalent is the use of steroids and other performance-enhancing drugs among Indian cricketers?
It has helped cricketers tremendously. When I was coach, a few batsmen and all the fast bowlers would have it during (the drinks break) to pep them up. I didn't know the exact composition but it could have been amphetamines, stimulants or something else. A readymade powdered formulation, imported from Australia, was mixed with water for boosting energy. If I am right, the physio, Andrew Leipus, procured it and it was very expensive. Besides, steroids and cortisone injections are regularly used by Indian players.

Can you cite some examples of players?
Take the case of Ajit Agarkar. He hardly had any muscles to back up his bowling stride and action. As a result, he got injured frequently. But once Leipus treated him, he developed stronger legs, a better shoulder and bowling arm. Similarly, (Javagal) Srinath, who also had a weak back and shoulder, started becoming sinewy and began to put on weight. The same goes for Rahul Dravid.

Why didn't you object to its use when you were coach?
I did not have a very strong case. The use of steroids and cortisone for injuries was common. But I had no idea what the players took in the dressing rooms.

Do you support the use of steroids and other performance-enhancing drugs in cricket?
We have enough talent in our country. We cannot condone the act of any cricketer taking steroids or other external agents to boost performance. If some players are using it, then everybody should be allowed. There has to be a level playing field. Like Sachin (Tendulkar) is definitely talented. But that extra dose of steroid helps him hit the ball with greater punch. So if you inject Sachin with muscle-strengthening drugs, then it's not fair. Cricketers should play to their natural strengths. Being fitness-conscious and educated about sports medicine is one thing, but that does not mean cricketers should be allowed to use drugs. The use of drugs to gain an edge over others is unethical.

Do performance-enhancing drugs have a tangible effect?
Every cricketer has some limitations as far as his strengths are concerned. A bowler may have strong shoulders but a weak back. It is here that drugs and fitness therapies play a major role to overcome such shortcomings. Doses of steroids help in quick recoveries and help put on muscle as well. Look at (Mohammed) Azharuddin, he was on steroids during the 1992-93 season, which is why he gained a lot of weight. In fact, sports medicine has totally changed the outlook of the game. You cannot change the skills of players but this adds to the critical aspect of enhancing performance.

Do you see noticeable changes in the team?
Certainly. The unbelievable enhancement in the performance of cricketers is the most significant change in Indian cricket. We are producing more successful bowlers and batsmen, something we could have never imagined. Moreover, cricketers have become health-conscious.In fact many of them have their own personal fitness trainers.
What is your recommendation on the use of drugs?
It's high time that we began having random checks for our players. The simple way is to watch the sudden difference in physical strengths and performance levels of cricketers and subject them to dope tests. 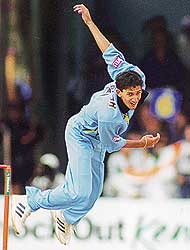 The Boys Of Substance...