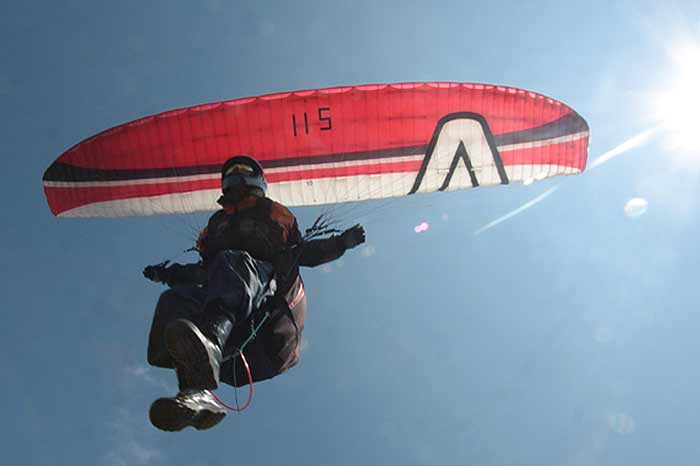 To reach Giri Camp near Solan, Himachal Pradesh, from where the paved road ends, you drive down 10 km of dirt track, cross the Giri Ganga river, and walk a kilometre along its bank to reach the campsite. Hardly extreme adventure, you would say. Yes, it’s quite common, and that’s the point—sites like Giri Camp are now dime a dozen. Owner Anurag Sharma is amazed by the clients he’s getting from places not known to have a history of adventure sports—Kaithal in Haryana, for instance. Sharma, who quit a media job in Delhi to start Giri Camp, says, “With due respect to these cities, I never thought I’d get people from Kaithal or Kapurthala!” Adventure sport is no longer the preserve of the metros; through the media and the internet, it has filtered down to small towns and the young there are flocking to places off the radar with a new relish.

Adventure tourism, though still a small part of the tourism industry, is rapidly gaining in numbers through new converts, mostly young professionals. Sharma says people in their early 20s form the largest segment of his clients: they can’t get enough of rappelling, paragliding, archery, rock-climbing and river-crossing. For stressed workaholics, it’s a detox trip—away from phone signals and the ubiquitous Net in far-flung parts of India. Aravind Srikumar, a 27-year-old IT professional in Pune, is one who relishes a zero phone signal. “Only then it feels like you’re really on holiday and the boss can’t get you. I try to get away to places like this oftener, even if it’s only for a couple of days.” Srikumar is into sports that give him a quick adrenaline rush—paragliding, kayaking and water-rafting. The farthest Aravind has travelled to is Tekla in Uttaranchal for rock-climbing. In fact, all this doesn’t give him a rush any more. “I’m thinking of taking up mountain biking now,” he says. 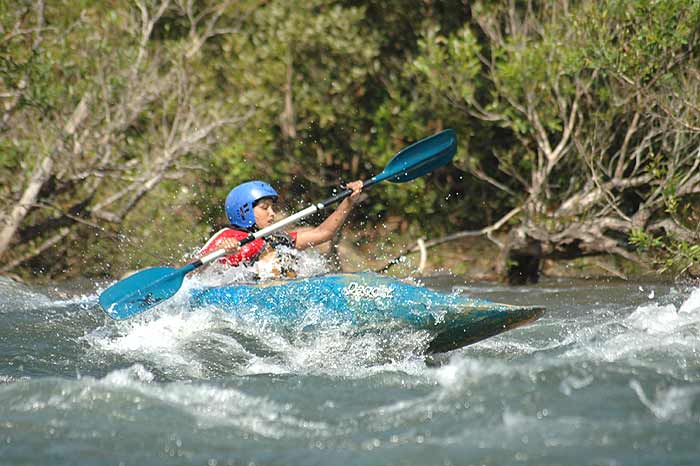 On the seafront, Pradeep Mandrekar is among tens of parasailing operators at Goa’s Calangute beach, and he’s never been busier. His three jet-skiis and one parasailing boat are in constant use. Though one needs to be fit to get into the parasailing harness and fly for a few minutes, it’s the 15-40 year category that fires his roaring business. “On just one beach, there are over 100 jet-skiis and the business is hectic between October to May.” The growth has been fuelled by two factors over the last decade. Higher disposable incomes and a me-too spirit for ‘soft’ adventure activities like parasailing and rafting. The market is price-sensitive; this is the reason behind the 25-45 years segment being the largest one in even moderately specialised sports, like kayaking or mountain biking, which are relatively expensive. Prakash Alfonso, who has been running kayaking operations in Goa for two years, says it is not so much students but young professionals who start to experiment with different sports and who are willing to pay higher fees.

Alfonso says “different” and perhaps riskier adventure sports are alien to most Indian travellers. So, the larger share of his business comes from abroad. “We’ve grown over 700 per cent in terms of number of clients in two years, but Indian clients comprise just 20 per cent of our current numbers,” he says, adding that Indians love getting their toes wet in the water, but it’s tough to put them into a kayak. “They just don’t have that kind of an affinity for water,” he chuckles. Alfonso also imports and sells kayaks to individuals and clubs, and says it’s a growing business. Rafting is of course an old game by now. Yousuf Zaheer, a mountaineer, started Himalayan River Runners in 1987. He remembers a time when no one went to Ladakh, when no one did river rafting. He started rafting in 1984 and headed the first rafting company launched in India that year. The focus was on the Ganga, but white river rafting also took place on the Alaknanda, Bhagirathi, Zanskar and Mahakali further north. “These areas hadn’t opened up then,” he says. He agrees there has been a great boom in this sector in the last seven years or so. “There’s a lot of leisure time in which firms encourage their young employees to go out together,” he says. Also, in the north, there is easy access to the Ganga. “That’s encouraging people to step out and get into adventure, even if it’s a very safe trip.” 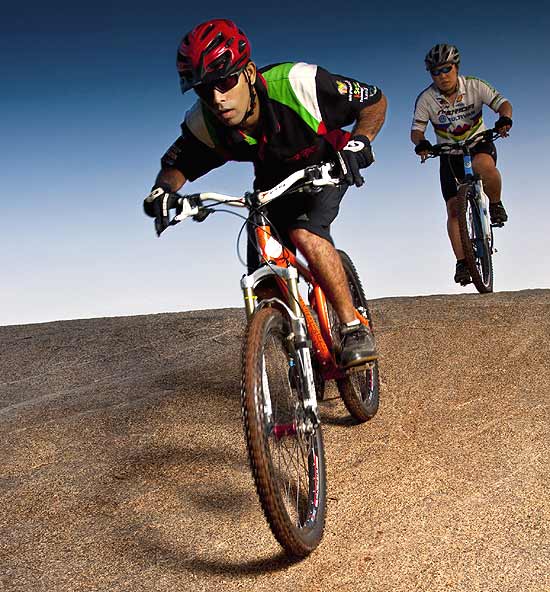 Adventure shows on television have added to the allure. “People see this on the TV and so you had bungee jumping or ziplining or skydiving coming to India,” says Zaheer. New areas are also opening up. Mountain biking is one such nascent sport, but growth is steady, again driven by young professionals. Dhananjay Ahluwalia, 26, who runs a restaurant in Shimla, organised a cycling event after finishing college. More events followed and the toughest of them, a nine-day endurance race called mtb Himachal, attracted about 130 cyclists this year. “When we started this event in 2005, we had 33 riders—19 from abroad and 14 from India,” he says. “Now most riders are from India, and we’re expecting 160 riders next year.” The growth in mountain biking is reflected by the advent of world-class manufacturers of specialised bikes. Earlier the best you could get in India would cost about Rs 8,000-10,000. Now there are brands like Firefox, Giant and Cannondale, and some of their bikes can cost up to Rs 1.5 lakh. “Cycling clubs are mushrooming in India—Delhi, Noida, Goa, Bangalore,” says Nilesh Dhumal, 27, who works with Force India’s cycling division in Bangalore. “There’s a healthy growth in sales of bikes costing over Rs 25,000,” he says.

Adventure tourism was helped along by higher incomes and a me-too spirit for ‘soft’ thrills. Exposure via TV helped too.

What keeps many youngsters away from adventure sports is the expense. Skydiving, for instance, gets mostly people over 25. “One jump costs about Rs 20,000, if you add travel and expenses, it’s a pretty costly sport, it’s not like rafting!” says Y.N. Sharma of Chimes Aviation Academy. But he says the sport has immense potential. “The number of inquiries we get on our website is terrific,” he says. “In fact, it has been tough to keep with the growth as there are very few people qualified to conduct the jumps.” Gurpreet Singh, a paragliding expert in Bir and Billing in Himachal Pradesh, also says the sport may be too expensive for students. “I don’t get many people in their teens or 20s, and very few girls,” he says. Gurpreet’s clients are serious students and he assures us that he’s harsh with them. He gets very few walk-in clients, and says he’d rather focus only on the serious ones. “They can’t expect to have a holiday with me!” he says.

Saurabh Kapur, 31, is a bit different. The former IT professional and lover of adventure gave up his career to start a travel company, Go Missing Expeditions. “There’s a huge number of people, still in the 20s and early 30s, who’ve done it all—they’re the ones who’re driving the adventure sports industry,” he says. “They don’t want to do the done and dusted stuff—including Ladakh or river rafting. They would like to do the Shimla-Leh cycling trip. The numbers for such activities are the largest in the 25-35 years segment.” Those above 35-40, though, aren’t laggards. Typically, they’ve done it all—rafting, mountaineering, cycling. They’re not looking for the quick adrenaline rush. Arvind Krishnan, who gave up a corporate job to start his own services company in Bangalore, is one such. “It’s not exactly adventure sport, but it’s tough,” he says, talking about ultra-marathons, in which people run up to 100 km. “It’s not just about adrenaline rush or exhilaration. Long-distance running has that, but in a different kind of way. The people who do this are people looking for greater challenges.”

For all this, adventure sports is yet to get due recognition. The tourism ministry’s website lists just about 27 adventure tour operators across India. According to its figures for 2010, the states with most domestic tourists were Andhra Pradesh, Uttar Pradesh and Tamil Nadu—clearly, most are pilgrims going to various shrines. But it’s the young, those looking to expand their sensory horizons, who are closing the gap between adventure sports and faith-based tours and family holidays. It’s a gradual, slow process, but it’s finally happening. Who knows, one day there may be as many people going kayaking as those on pony-backs heading to Vaishno Devi.