Manmohan Singh’s time, strangely, has seen more scams than any of his predecessors. What price the ‘Mr Clean’ image? 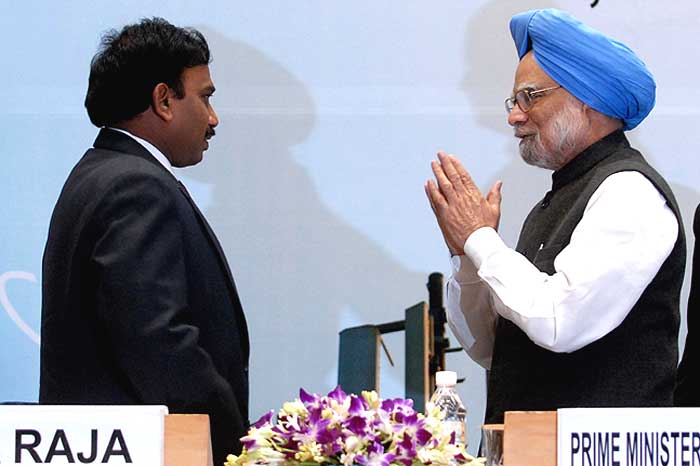 In the spectrum of the Congress party, Prime Minister Manmohan Singh was supposed to have been the clean guy, the one who pulled little political weight but did bring in the incremental approval of a growing middle class. In an arrangement where real power lay elsewhere, he clicked as PM and was retained for a second term precisely because of a decent image as the career economist—somewhat apart from the usual suspects in the cesspool of politics.

But after the Supreme Court raised serious questions about the PM’s inaction in responding to queries about policies pursued by ex-telecom minister A. Raja, the meltdown of the image has begun. The clean Mr White usp has indeed begun to take on a very fuzzy shade of grey. Leader of the Opposition in the Rajya Sabha Arun Jaitley says “the PM’s image that nothing sticks has become an image of a man who will do nothing. A revulsion is setting in”.

It’s a public relations disaster for the PM, admit Congress leaders. In the party, there are two views on how to tackle the problem. First, and this is the line most likely to prevail, is that the PM just needs to ride the storm. Some sort of mechanism will be agreed to in order to get the Opposition to allow Parliament to resume, and in a matter of weeks 2G will have faded, say advocates of this approach. Solicitor general Gopal Subramaniam, meanwhile, even profferred that the SC’s criticism of the PM is not an embarrassment. Subramaniam is expected to submit an affidavit to the court giving the government’s explanation for why the PM took 11 months to respond to a request that asked for Raja to be prosecuted.

There is, to be sure, no immediate threat to the prime ministership but there is a view that the image is going bust. Also a growing belief that “buying time” exercises do not really end up saving face. Many Congress leaders believe the PM has got embroiled in a corporate war between traditional and new wannabe telecom operators who have for some years been running the “biggest show in town”. They therefore argue that the PM should show the corporates who’s boss: cancel the 85 suspect licences that Raja allotted and let them go to court and fight it out. Sources in the government say Union HRD minister Kapil Sibal—who has been asked to also handle telecom for the time being—is on the job. In a swift action, the TRAI on November 18 asked the government to cancel 62 licences given to five companies. Clearly, the PM is engaged in damage control but is it too little too late? 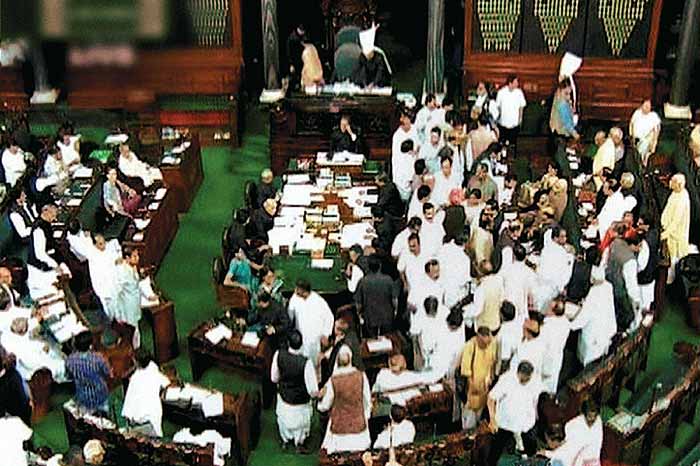 Getting static Oppn walkout on the 2G scam issue, Nov 2010.

What adds another dimension to the evolving situation is the fact that all the lawyer-politicians (who will possibly be both defending and attacking the government on 2G spectrum) have at some point or the other represented one of the major telecom companies. Manish Tewari, Congress spokesperson and himself a lawyer, says: “I would suggest that because of the inherent conflict of interest here, every member who speaks in Parliament on this issue must declare their beneficial interest or association in traditional telecom companies or one of the newly allotted licencees.” Another Congress leader says in the corridors of power “we all know that since 1995, many lawyers have become millionaires on the back of telecom”.

It being a dog-eat-dog world out there, Congress managers have also done some arm-twisting with the Opposition. Sources say the “message has been given” to the BJP that if they want all the telecom skeletons to come tumbling out, they should also prepare for “the son-in-law of a very prominent leader” to be named. Congress circles also suggest that a “signal” has been given to leader of the Opposition Sushma Swaraj that not only could there be a state-level inquiry about the land scams under the BJP regime in Karnataka, at a later stage it is eminently possible that the Congress set due process for a JPC probe examining the role of the mining lobby run by the Bellary Reddy brothers (close to Sushma) whose political clout straddles both Karnataka and Andhra Pradesh.

The game and the nature of politics today is often quite sordid and the stench of corruption spreads in every direction. There is also a great indifference built into the system. But the current situation has serious implications: the head of the government and his apparent sins of omission have been questioned by the nation’s apex court. It is another mess for the Congress that only last week began the clean-up of scam-tainted leaders as an image-saving exercise after the embarrassment of the Commonwealth Games (CWG) scam in Delhi and the Adarsh Society scandal in Mumbai.

What’s more, the CWG scam has by no means gone away. On October 15, the PM had appointed a committee headed by former comptroller and auditor general V.K. Shunglu whose report is to be submitted in three months. Over a month has gone by and it is now feared that another CAG man could be the cause of additional aftershocks among Delhi’s political circles. The Congress nightmare is that after spectrum it could be CWG all over again.

And the next round may have to be fought with the image of the clean mascot having been sullied. Arun Kumar, professor of economics in JNU and the author of Black Economy in India, says by now 50 per cent of our GDP consists of the black economy—it pervades every aspect of our lives. “It flourishes because of the nexus between a triad of corrupt politicians, businessmen and the executive that consists of the bureaucracy, judiciary and police.” In such an environment, he asks, who can become PM? “Either you are corrupt or you tolerate corruption. Both as finance minister and as prime minister, Manmohan Singh has presided over some of the biggest scams. He does have a proven ability to look the other way.”

This is partly so also because Manmohan Singh presided over the liberalisation of the economy. More money in the economy translated into more scams. In the ’80s, for instance, there were just eight financial scams of note, including Bofors. But during Manmohan’s tenure as FM, says Prof Kumar, the number skyrocketed to 26. Now, of course, scam after scam totalling what could amount to entire budgets of small nations keep tumbling out. In the case of the PM, it may now be argued that the cleanest man has the top job because he tolerates corruption. It will also be asked whether looking the other way is acceptable just because the individual is personally clean. All these questions add up to an image crisis for the PM that could eventually set into motion a chain of events that change the equations within the Congress.

Indeed, the larger crisis now confronting the grand old party is whether corruption is the big issue of this decade. The number of scams certainly makes eye-popping news. But they are increasingly being perceived as not merely something outrageous that happens elsewhere but a sickness that now affects every aspect of our lives.

After all, caste and community no longer provide the impetus for game-changing in India politics as they did in the age of Mandal and mandir. Could the C-word now be corruption? Could it be the issue that will make and break governments? Or will this energy also be dissipated with all castes, communities, politicians and parties now competing to get their piece of the action? These are all questions the political class is increasingly asking. Inaction may no longer be acceptable.

By Saba Naqvi with Sheela Reddy and Anuradha Raman

All Lines Are Busy