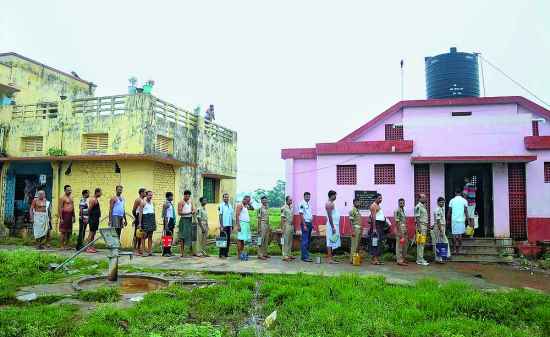 Not to put too fine a point on it, India’s no. 1 problem is no. 2. And for an all-too-brief while last week, the squatting figures dotting the landscape—“eternal and emblematic as Rodin’s thinker” in the Nobel laureate’s immortal words—looked set to emerge out of the bushes and shadows in an election season, as the BJP’s Narendra Modi, whose advertised motto is “India First”, mom­entarily gave flight to his vision of “Toilet First”.

“My image does not permit me to say so, but my real thought is, ‘Pehle shauchalaya, phir devalaya (Toilets first, temples later)’,” Modi said, as...