A wedding card with a 'Bti Bachao Beti Padhao' message and a 'tail' of a tale in Bangladesh that created trouble. Read this and more in The Subcontinental Menu this week. 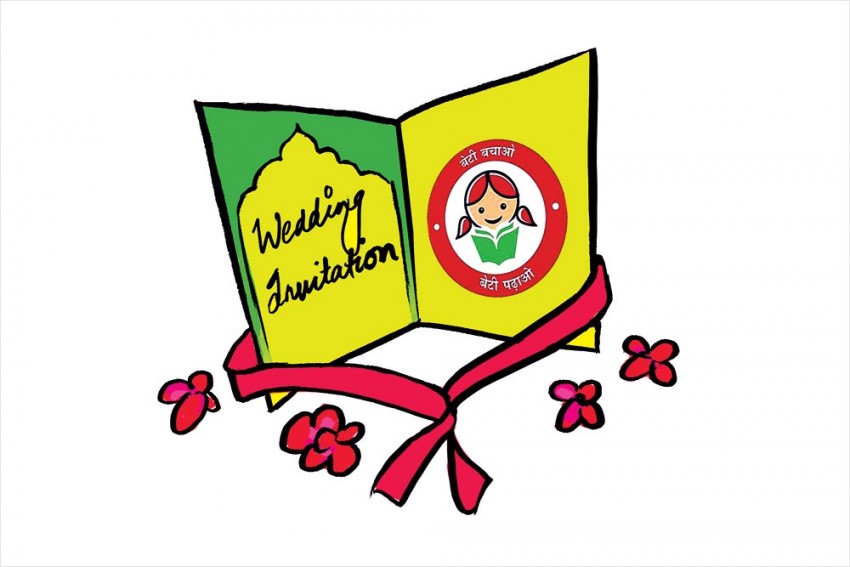 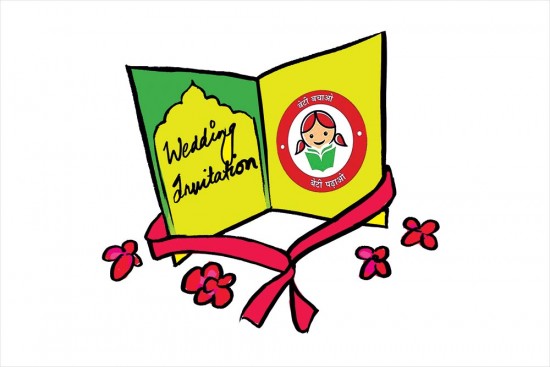 Marriage With A Message

You are cordially invited to save the girl child and educate the girl child. Oh, and do come to my wedding reception while you’re at it. Mohammad Aqueel, 30, an assistant teacher at Maulana Azad Inter College in Gorakhpur,  has sent out invitations to his wedding reception to more than 300 friends, neighbours and relations—with a socially conscious twist: the cards carry the logo of the Beti Bachao, Beti Padhao campaign. “People select fancy wedding invitation cards these days with unnecessary messages to make them more appealing. I thought of spreading awareness about the ‘save the girl child’ campaign with my wedding card. I believe in PM Modi’s campaign and fully support it,” Aqueel was quoted as saying. He added, “Although Islam stresses gaining knowledge, due to illiteracy in Muslim society, girls have fewer opportunities for education.” 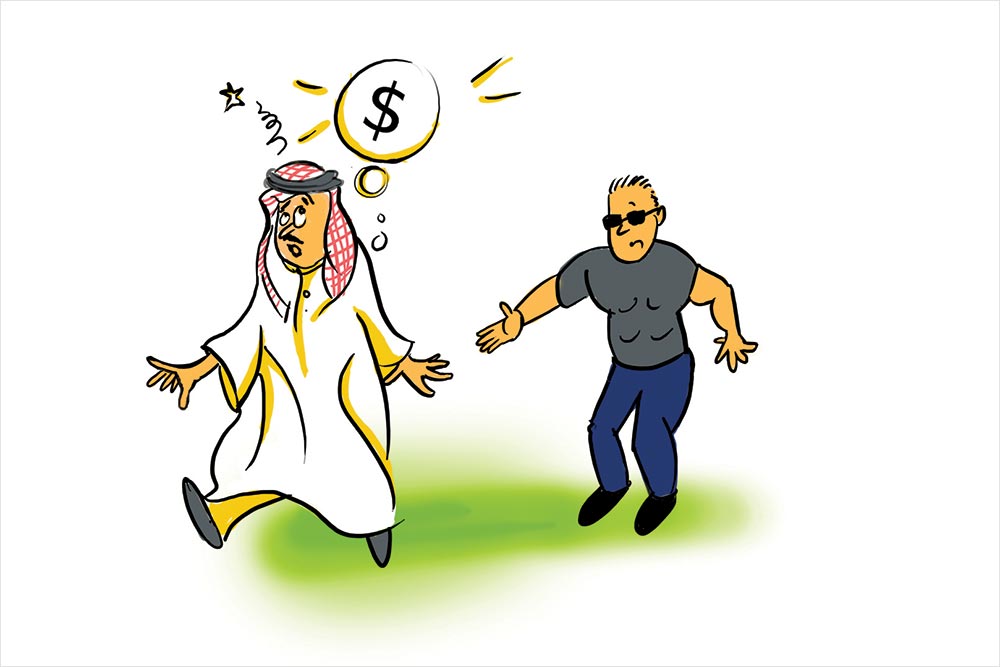 It’s the stuff of international thrillers: an Egyptian businessman is suing a Bahraini royal in the High Court of Justice in England for almost $42.5 million over meetings with Bollywood stars. Sheikh Hamad Isa Ali al-Khalifa, cousin to the king of Bahrain, is a fan of Hindi films, and reportedly made a verbal agreement with Ahmed Adel Abdallah Ahmed to pay considerable sums in exchange for the latter arranging meetings with Bollywood celebrities from a list of 26 names. The sheikh apparently ended up meeting four stars: Salman, Shahrukh, Ranbir and Aditya Roy Kapoor.  But, says Ahmed, he refused to pay for any more meetings, and made excuses not to meet Akshay and Aamir. Hamad claims he withdrew as Ahmed was pressuring him and demanding very large sums. 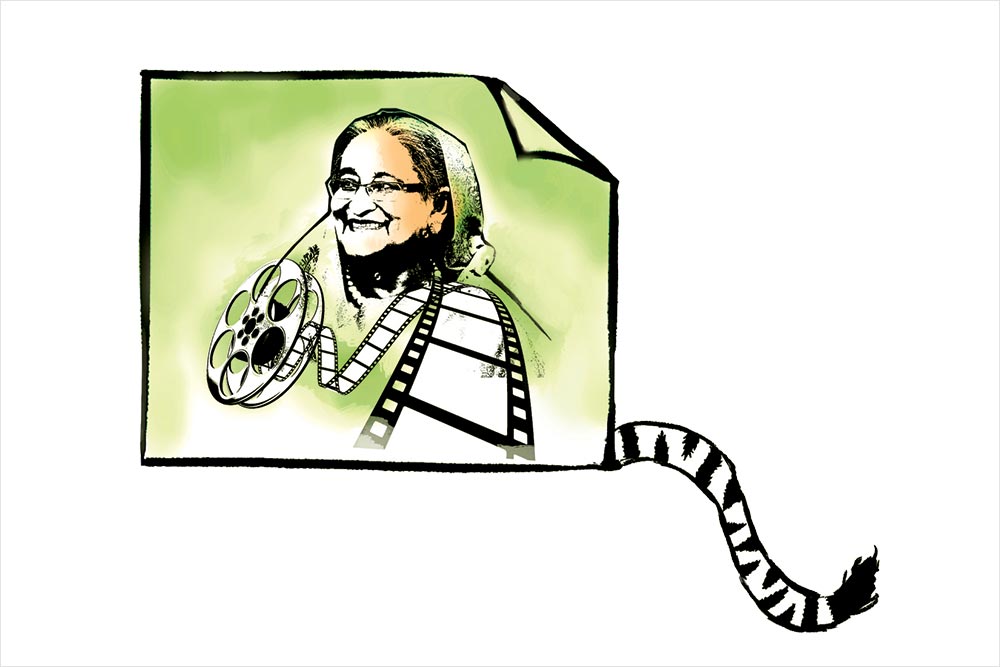 Tail Of A Tale In Bangladesh Creates Trouble

We had carried the news of this PPP (public-private partnership) docu-movie when it was about to be released. Hasina: A Daughter’s Tale, the film on the Bangladesh premier’s life, now released, just a month before the cou­ntry goes to elections, makes the cut again in this page. Why? In a Dhaka cinema, the ‘tale’ became ‘tail’ on the movie poster, invoking the ire of a Hasina supporter with a compulsively graphic imagination, one fears. He has asked them to publicly apologise for the gravest spelling mistake of their lives or face a $90 million lawsuit! Saad Chowdhury, whom the typo angered so, is quoted as saying that the word ‘tail’ carried an “elfish” connotation, which was insulting. Meanwhile, an observer on social media aptly pointed out that one shouldn’t use cannons to kill mosquitoes just before elections. 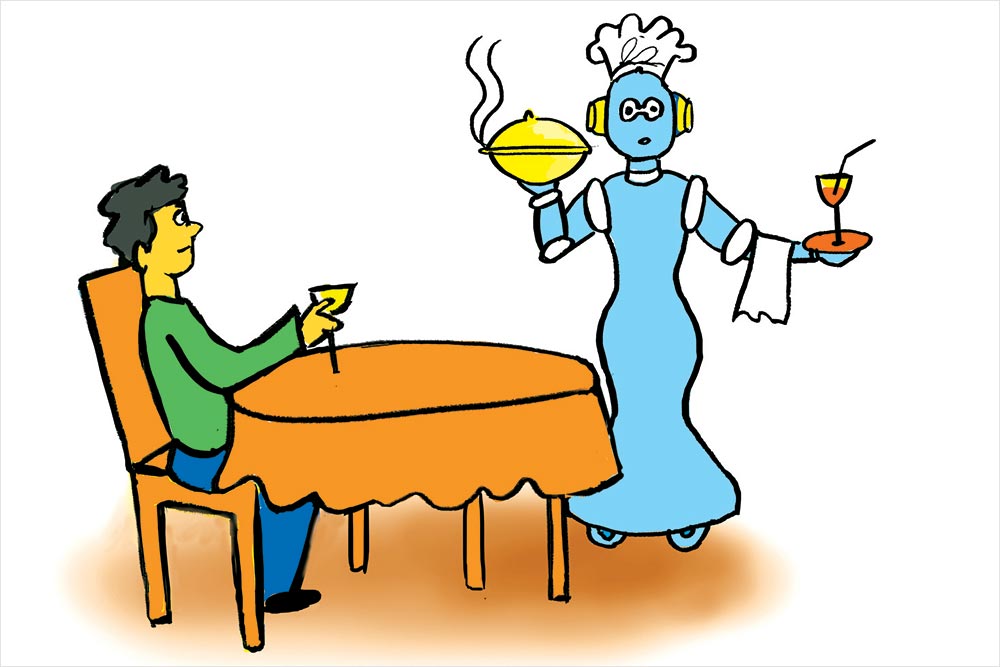 Whizzing towards her customers (with no Fred Astaire to acc­ompany her), she serves them their eve­ning fare with great ginger­liness. Naulo, a four-month-old rest­au­rant in Kathmandu, employs three waitresses, all named Ginger. Is that it? Well, they also happen to be robots. Designed and built from scratch by local start-up Paaila Technology, the five-foot-tall humanoid waitresses are fluent in Nepali and English, can crack jokes and can detect obstacles in their path as they wend their way through a crowded hall. Make your choices from the touch-screen menu fitted into your table, and when the food’s ready, Ginger—or, if you’re unlucky, one of the surviving human waiters—will arrive bearing dinner, although as a popular local celebrity, she may well have been delayed by fans demanding selfies. 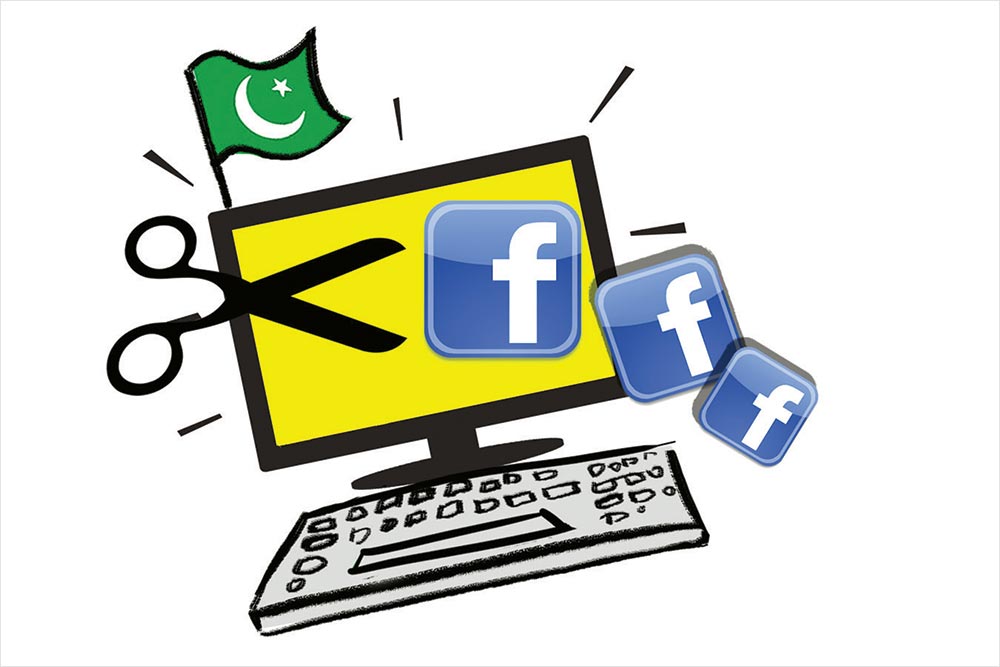 Pakistan Is Number One

In censorship, that is. It was recently reported that India was number two in the world, behind only the US, when it came to government requests for information on Facebook profiles. But the neighbours have one-upped us: Pakistan is reportedly ranked first for censorship of the social media giant. A company report has revealed that the country made 2,203 requests for content to be removed in the first six months of 2018, compared to 1,855 from runners-up Brazil and a relatively modest 1,524 from sixth-ranked India. It’s a big jump—Pakistan had made only 300 such requests in the last half of 2017, and a mere 177 in the first half.

Their Fun With Fatwas

Or rather, no fun allowed, ever. Darul Uloom Deoband, the Islamic seminary, has issued two fatwas forbidding popular wedding-related practices, in response to a query from a man in Muzaffarnagar. One bans a tradition where the bride’s maternal uncle carries her to the palanquin—too risque, appa­rently. The fatwa says, “A man cannot lift his fully grown niece. It is certainly not acceptable in the eyes of Muslim law.” The other ban is on lal khat, decorated invitation cards sent by the bride’s family to the groom’s side—a foreign concept taken from “non-Islamic belief”.

In want of a brilliant idea for an action-packed docu-fiction? Look no further than parliaments of the subcontinent. The recent chain of events in the Lankan House can be the highlight. Legislators had split into two gangs over the removal of PM Ranil Wickremesinghe by the president and his replacement with former president Mahinda Raja­paksa last month. Since then, claims and counter claims had been flying around. Things came to a boil on November 16, with irate MPs breaking chairs and hurling pieces at each other. An MP from Rajapaksa’s party brought in a mix of chilli powder and water and flung it at the opposing camp, leaving MPs and security personnel in hot tears. 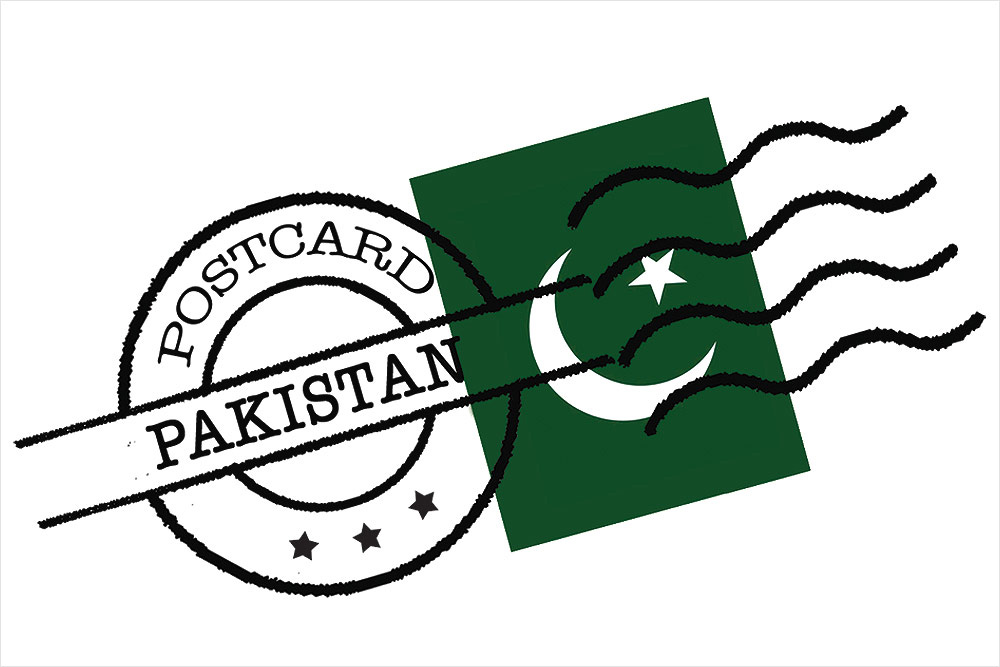 Verna, a movie on rape and the victim’s arduous journey and struggle through the labyrinthine system to seek justice, was released last week by the Central Board of Film Censors (CBFC) in Pakistan.

The CBFC’s decision surprised many as it had earlier banned the movie and suspended its release for nearly a year. Now, it passed the film without any cuts or seeking any changes. This has given rise to speculation in various quarters that the earlier decision of the Board was politically motivated.

Shoaib Mansoor, the maker of the film, is well-known in Pakistan and beyond for tackling issues usually ignored by other Pakistani film-makers. His earlier films, Khuda Ke Liye and Bol had been critically acclaimed internationally.

Interestingly,the interest surrounding Verna had already been quite high even before it was due for release, especially among Pakistani women, because of the subject it dealt with. When it was banned by the CBFC, outrage on social media and among the liberal sections in the country was quite understandable.

The hard-hitting movie deals with the challenges that rape victims face in Pakistan. It identifies and highlights the grey areas which increase vulnerability of rape victims and depicts the horrific plight of women wronged by society and the res­ponse of influential people towards dealing with violence against women in society.

Verna, originally due for release on November 17, 2017, was banned by the CBFC on the pretext of its “bold subject, bold scenes and portraying politicians negativ­ely.” The Lahore and Karachi censor boards had, however, cleared it for screening, but had to wait for the final verdict of the CBFC and the movie’s fate in the provinces of Punjab and Sindh.

Pakistani media reports quoted Moeed Pirzada, a famous TV anchor as saying, “Shoaib Mansoor’s movie Verna is not about ‘rape scenes’, it is about police & FIA manipulating evidence and how the legal system exonerates the influential rapist.”

According to Pirzada, it is an “art product” that holds a mirror to the system of injustice in Pakistan. He felt the movie not only gives “a voice to rape victims”, but it is also a warning to the perpetrators of rape and holds a mirror to the criminal justice system. Thus, it is an effective tool for widespread awareness and means to educate people about how to respond to cases of rape.