In The Subcontinental Menu this week, read about an ashram in UP's Raebareli which has launched a pen made of paper, and a Sikh priest in England who has grown what might be the world’s longest cucumber. 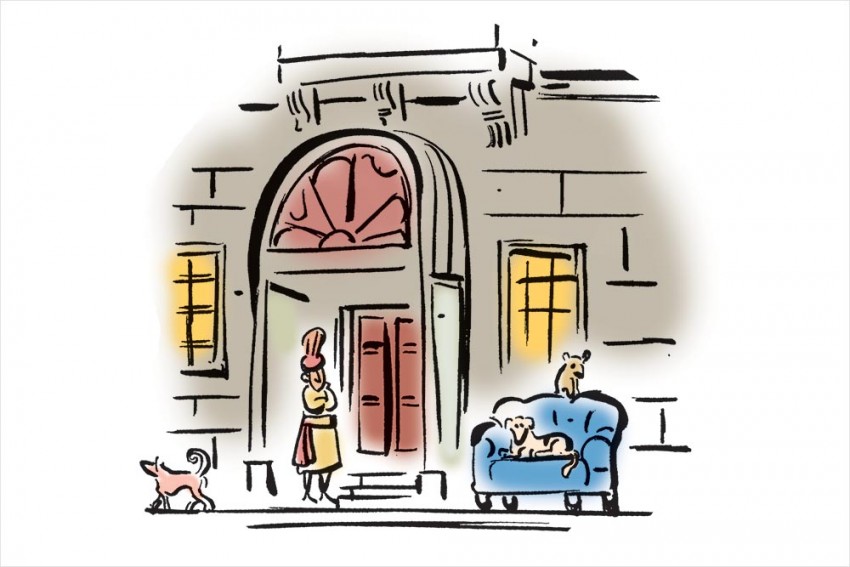 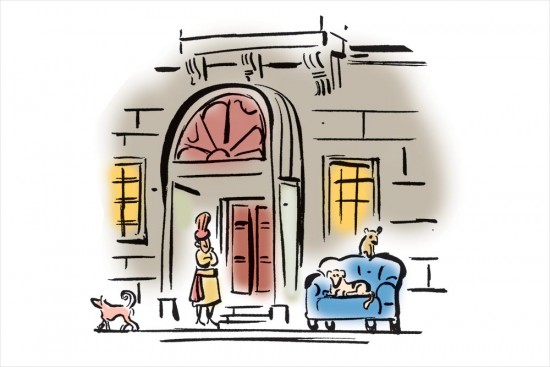 It Is A Woofderful Life

A dog’s house is his castle—alm­ost literally. Bombay House, the 94-year-old building that ser­­ves as the Tata Group’s global HQ, has been a comfortable den for stray dogs for decades. When Ratan Tata became chairman of Tata Sons in 1991, he regularised his tenants, furnishing amenities that were the equal of anything available to employees of the Homo sapiens persuasion. “They had a vet on call, a budget for their upkeep and regular medical checkups, and were habituated to sleeping on mats,” a staffer said. Last year, this privileged class of eight canines was briefly disco­m­f­ited when the building was ren­­ovated, but the luxury has returned, with plush new facilities, including toys, mattres­ses, and “lots of hiding places,” says a delighted Abodh Aras of Welfare of Stray Dogs. 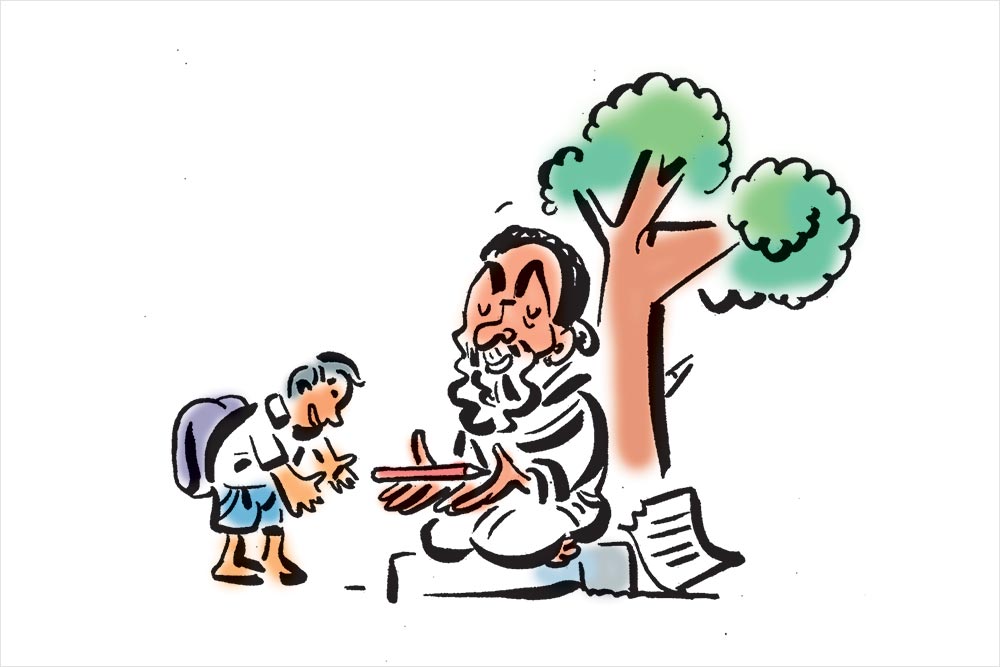 Putting pen to paper can be a daunting task when you’re overcome by inertia—but what about when the pen is the paper? No, this isn’t some Zen koan or Heraclitean riddle. The Khandeshwari Ashram, located in Dalmau in Uttar Pradesh’s Raebareli district, has launched an eco-friendly initiative to get its devotees to make pens from discarded newspapers rather than plastic. The ashram’s head, Mahant Krishna Bihari, explained the process to reporters thus: “We cut out a long strip from the newspaper and apply glue on the strip of paper. Slowly and carefully, we pull the paper up from the tip of the refiller to get a pen-like look. Finally, we secure the paper with glue and allow it to dry.”  The pens are reportedly being distribu­ted free of cost to students, although some voluntarily pay in order to support the initiative. 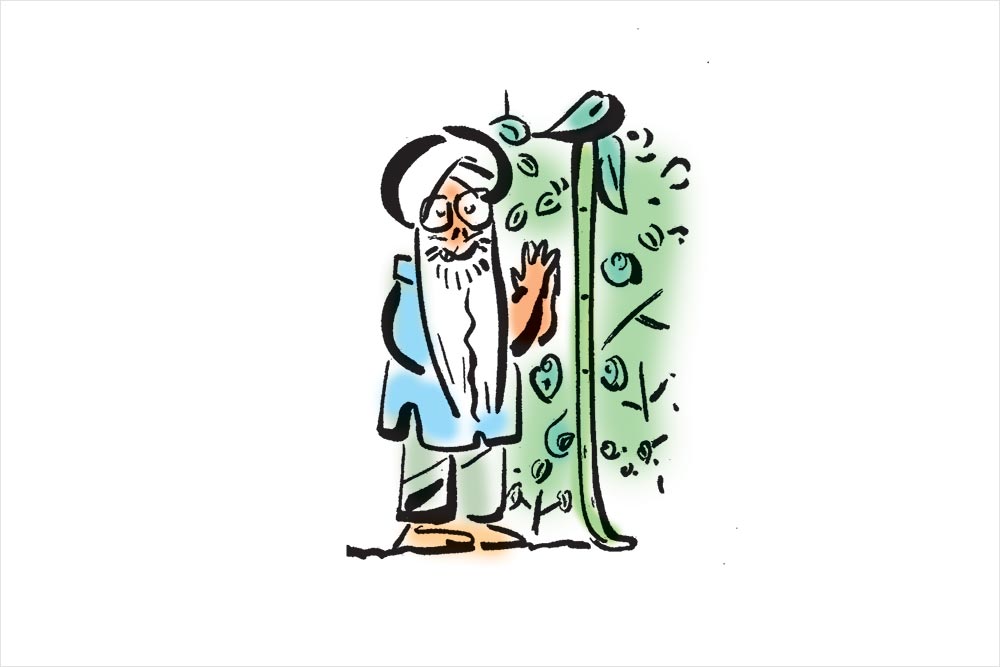 We’ve all heard of rain dances (associated with the other kind of Indian), but cucumber prayers? A Sikh priest in Derby, England, has grown what might be the world’s longest cucumber, measuring a reported 51 inc­hes—and still growing. Raghbir Singh Sanghera, 75, who officiates at a local gurdwara and is a keen gardener, prays over the plant every day. He was quoted as saying, “I have made a seat to sit next to it. I pray that it grows, that it keeps us all healthy and that everybody stays well and happy.” He plans to submit it to the Guinness Book of Records, but the world record, 42.13 inches, is restricted to standard cucumbers, whereas Sanghera’s specimen appears to be an Armenian cucumber (for which there is no established record). So, he may have to apply for a new title. 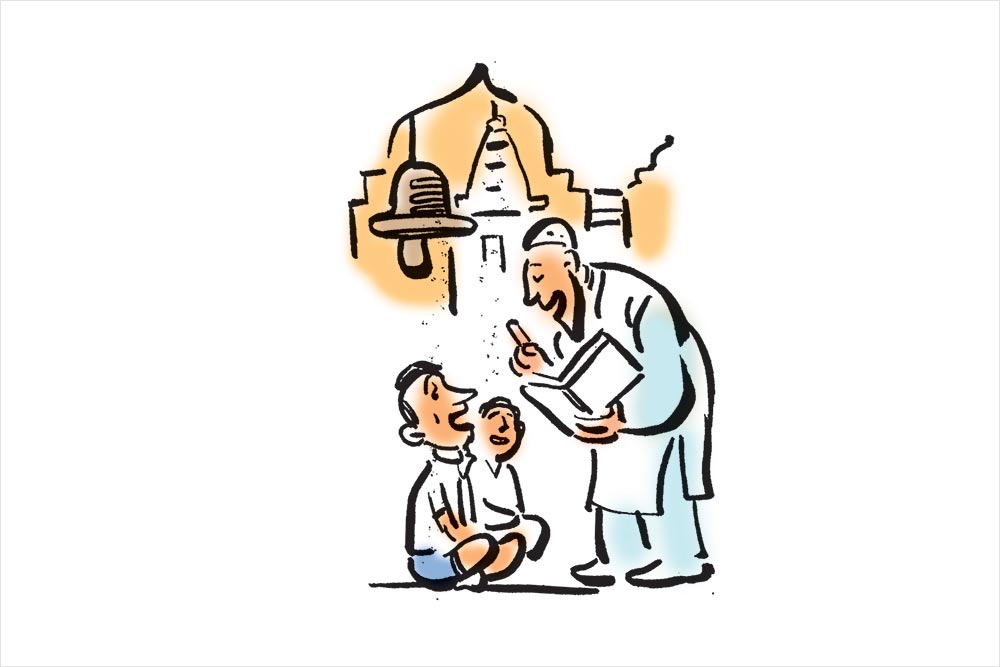 A school inside a temple is nothing unusual. A school with Muslim teachers and Hindu pupils—where a teacher’s greeting of ‘Salam Aleikum’ can prompt replies of ‘Jai Shri Ram’ from the class—inside a Hindu temple in an Islamic republic? Perhaps a little out of the ordinary. The mainly scheduled-caste Hindu commun­ity of the shanty town of Rehman Colony in Jamshed Town, Karachi, had struggled in vain to set up a school for their 300 children, with a previous attempt being thwarted by the bribe-hungry police. So, they offered their own temple as a site to the Initiator Human Development Foundation, a NGO. A school was set up inside, and Muslim teachers were recruited last year. Teachers and students celebrated Holi and Diwali together at the temple.