PETA's unique gift to Prince Harry and Meghan Markle; the richest temple in the world; a 'test' of a bride's virginity; Read all the juicy gossips here.. 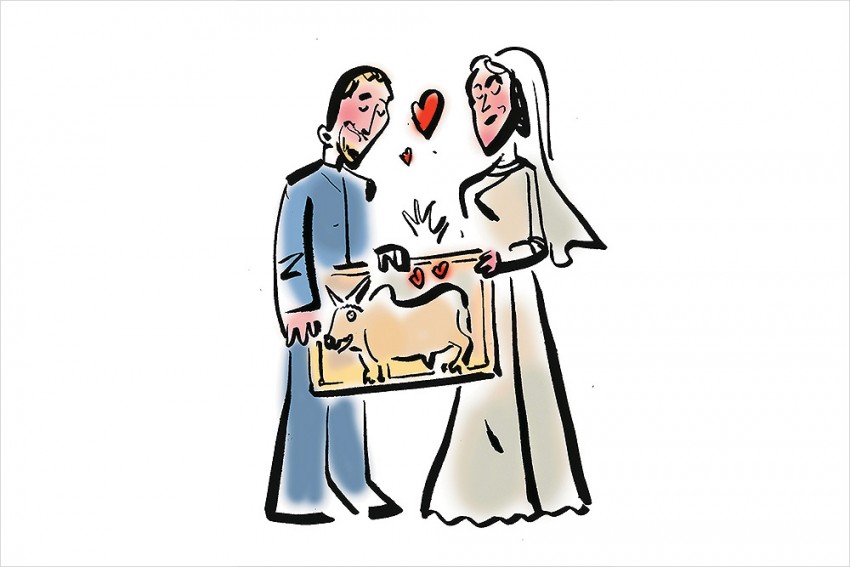 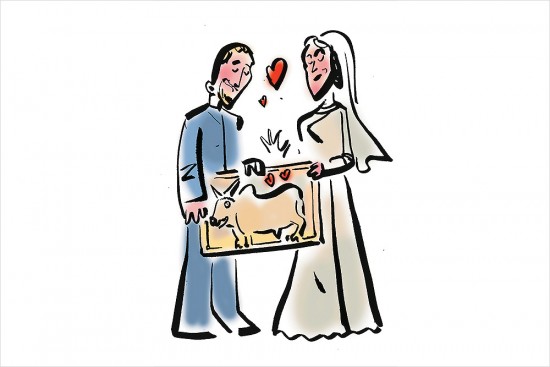 It was time for the royal wedding—and what should an ox do but be merry? PETA decided to present Prince Harry and Meghan Markle with a unique gift: Merry the Indian bull, whose name is a portmanteau of the names of the happy couple. Unfortunately, we didn’t see him mooing merrily from a gallery as the royals did that patented hand-wave to their adoring public; only a framed photograph is being sent to the couple, who expressed a wish for the day to be celebrated with charitable works. The bull was adopted by the animal rights body after a long ‘career’ pulling carts. As PETA India’s statement says, “Prince Harry and Meghan Markle, known animal lovers, will now have a one-ton bull to call their own.”  Well, quite. It’ll go nicely with the dukedom of Sussex that Harry’s getting from grandmamma. 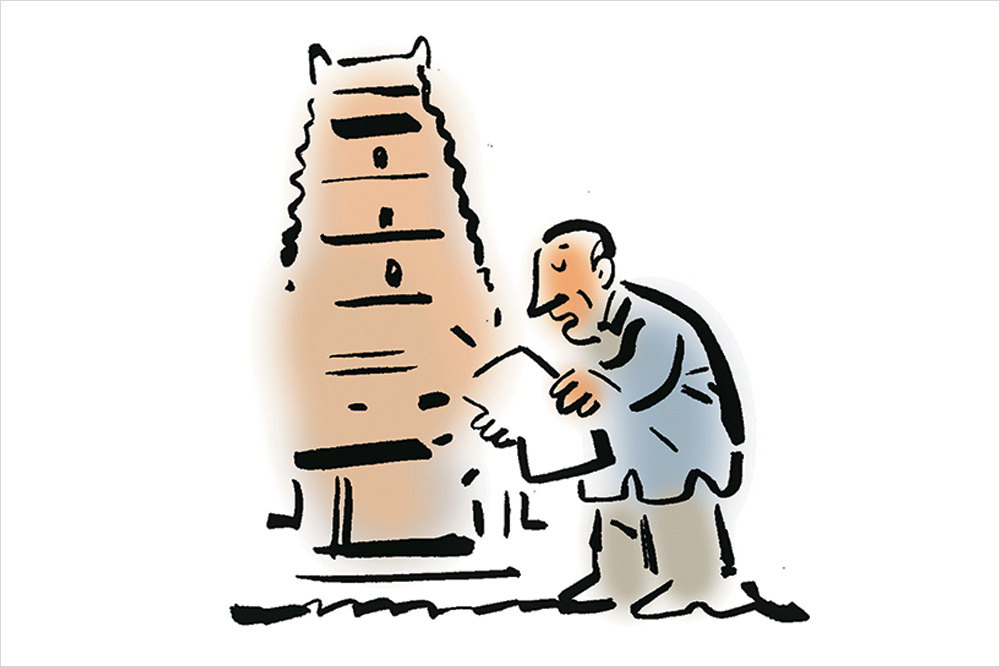 Tirupati Balaji is the richest temple in the world—and riches are tempting. When chief priest A.V. Ramana Deekshithulu sought a CBI probe into the alleged disappearance of ancient jewels given by royalty and other devotees in past years and alleged irregularities in the administration of the temple by the Tirum­ala-Tirupati Devasthanam Board, calling for it to be taken over by a panel appointed by the Centre, the Board struck back. They’ve instituted a new retirement age of 65 for the temple’s archakas and asked Deekshithulu to retire as he is in his late 60s. It was also reported that the board inten­ded to serve him with a showcause notice regarding his allegations. 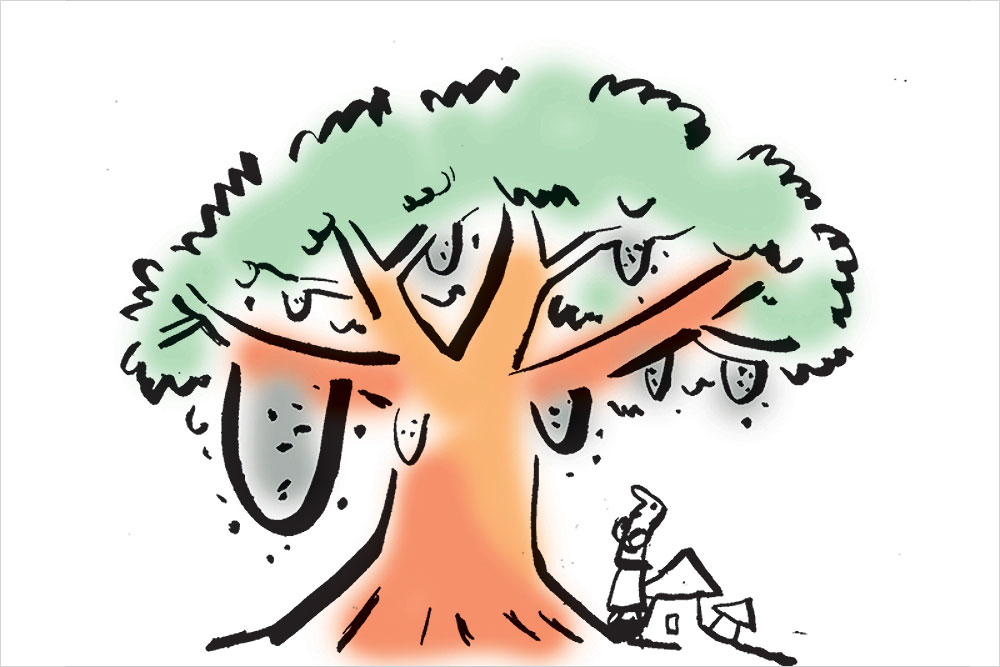 A Bee In Your Banyan

A 2,000-year-old Tamil poem asks the honeybee if he knows any flower that smells sweeter than a woman’s hair. One group of bees may have found the answer, in the hamlet of Seeppukkaranpatti in TN’s Pudukkottai district. They colonised a banyan tree here two decades ago and have never left since, with the tree now boasting 15 hives or more. Locals have been rather inconvenienced by their “permanent guests”, with one family having been unable to light camphor for their family deity in all these years due to fear of the bees coming out and swarming them. Indeed, under this reign of terror, the villagers are afraid to switch on street lights or even their indoor lights. Bees normally move on after a few months or years, but this group seems strangely attached to their tree—have they found something special there? 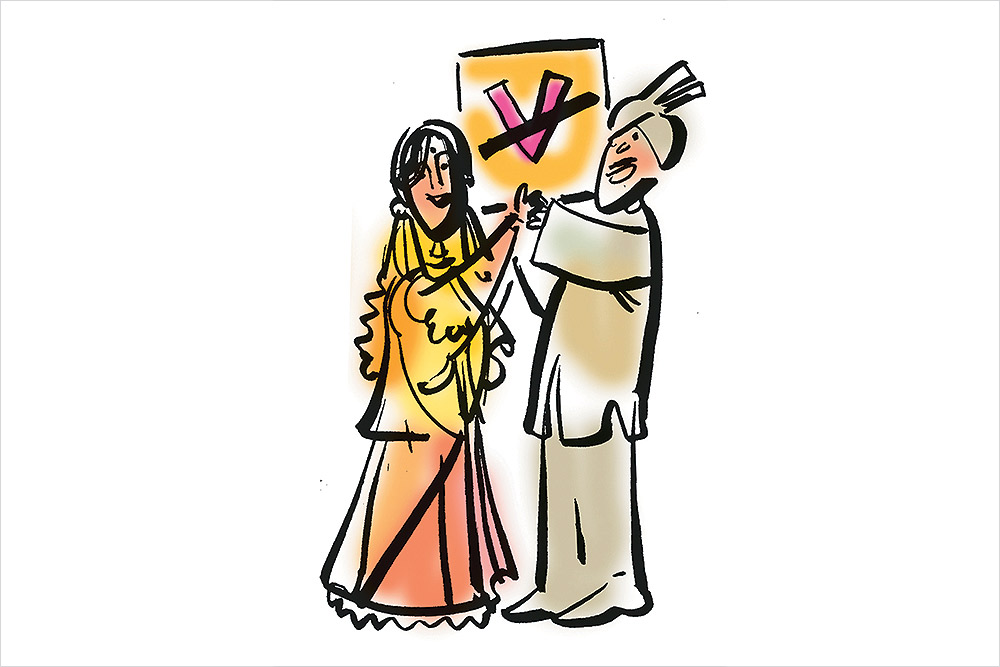 A protest Song for  women’s dignity

Forcing a ‘test’ of a bride’s virginity is a medieval practice that continues in some communities.  Like in the nomadic Kanjarbhat commu­nity.  But Vivek Tamaichikar and Ais­h­­wa­rya Bhat, a Kanjarbhat couple who were wed in Pimpri, Maharas­htra recently, defied the tradition and included in their wedding invitation a plea to guests to support the struggle against the virginity test. The groom, a postgraduate from the Tata Institute of Social Sciences, is the founder of the WhatsApp group ‘Stop the V-­ritual’, with members including both youths and older individuals from the community opposed to the practice. The wedding proceeded without incident—helped, per­haps, by the police presence. 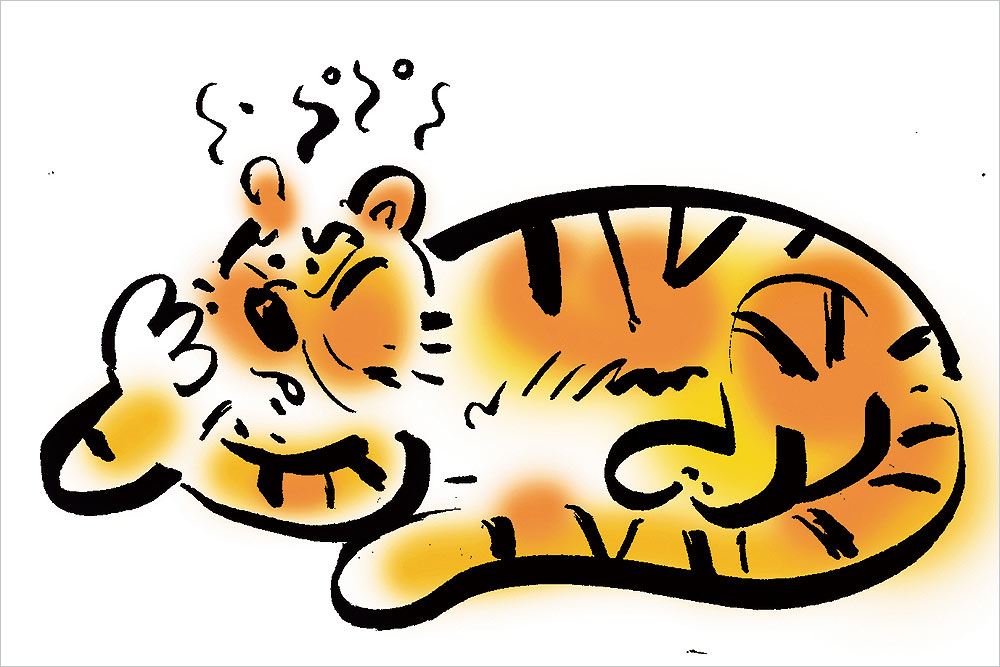 Life in a touristy area isn’t always a bed of roses. The tigers of Bandhavgarh national park might well agree with that. G. Umapati, a scientist with the Centre for Cellular and Molecular Biology based in Hyderabad found that tigers in the area had certain chemical substances in their bodies that indicate high levels of stress brought on by the pressure of tourism, which was affecting the felines’ reproductive abilities. This was discussed in a meeting of a technical committee of the Natio­nal Tiger Conservation Authority in March where others disputed the findings by saying that there had been no decline in the population, which would be expected with reproductive problems.

The Puppy Killer Of Dhaka

Killing a puppy is horrendous. Burying alive two dogs and their 14 puppies in polythene sacks is a sadist act. That’s what security guard Mohammed Siddique was convicted of doing recently. The bodies were found in Dhaka in October, but the police dragged their feet despite pressure from campaigners. Eventua­lly, the case was brought to trial, and following a verdict that’s regarded as Bangladesh’s first animal cruelty conviction, Siddique was fined 200 Taka (Rs 160) and sentenced to six months in prison. It’s a big step forward in a country where cruelty to animals is commonplace.

His bat hanging from a collar around his neck, he plays his strokes with a certain je ne sais pas. Aamir Hussain Lone, who lost both his arms at age eight, has had a lot to overcome—including people advising his father to “get rid of him” in the early years. But he is now a successful para-cricketer, and a documentary about him and his teammate Zahoor Ahmad will be screened on May 29 at the FICTS festival in Nice, France. Mind Mig­­htier Than Might, the  25-minute film by Jalal Ud Din Baba, is about Aamir’s talent, resolve and struggle against odds, and it’s the only Indian entry among eight sports documentaries from around the world. 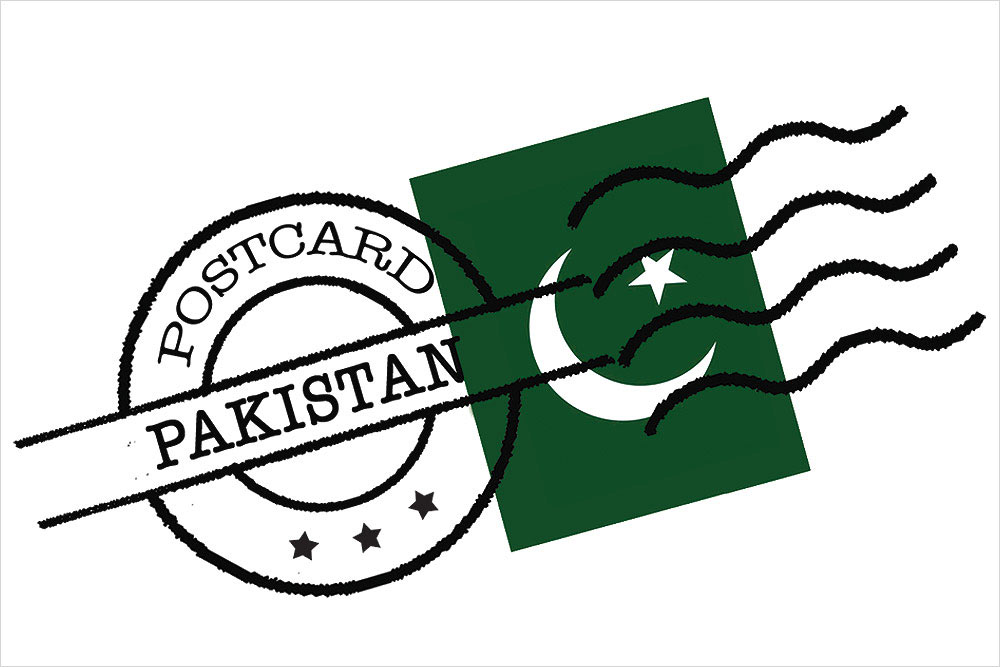 US President Donald Trump’s attempt to ‘kiss and make-up’ with North Korea seems to have a positive impact also on India and Pakistan.

The two South Asian neighbours have mostly been at each other’s throat and until recently, were even targeting the diplomats in each other’s country. However, the pendulum seems to have swung to the other extreme end. Now, there are talks in the air of reconciliation and resuming the stalled dialogue. Whether it will lead to peace or not still remains a million-dollar question. But there is no lack of enthusiasm on renewing contacts and easing tensions that had dominated relations for a while.

There is now talk of inviting the Pakistani army chief to India for talks, as suggested by Dulat. Some Indian policy- makers were always in favour of this.

The change in mood can be seen in some recent developments. First was the release of prisoners lodged for years in each other’s jails. Then came the invitation to a group of Ind­ian mediapersons to visit Pakistan for a conference. And now, a much-hype book launch in Delhi written by two former spy masters—A.S. Dulat, former head of RAW and Lt-Gen Asad Durrani, the former ISI chief. The fact that news of the book, jointly written by the two former spy masters, has been given as much prominence in the Pakistani media indicates the inte­rest about the renewed dialogue in both countries.

Interestingly, there is talk of finding ways of inviting the Pak­istani army chief Gen. Qamar Javed Bajwa to India for talks. The suggestion was made by Dulat. But in Pakistan it was given wide publicity also in leading newspapers and TV channels.

Indian policy-makers have often argued that since in Pakistan the army has the last word on the country’s policy tow­ards India, ways should be found to engage them directly. Several countries in the world engage both with the civilian and military leaders of Pakistan. However, this has not yet happened in the case of India-Pakistan engagement.

Many Indian officials feel that it had been a deliberate ploy by the Pakistani army of not engaging directly with India. This, they feel, gives the generals the advantage to keep their country engaged in dialogue as long it suits them and withdraw when it doesn’t. This not only diminishes the stock of the civilian government in the eyes of their Indian counterparts but also among Pakistanis and the outside world.

Gen. Bajwa had earlier indicated that he was willing to find ways of engaging with India for a more lasting peace. Whether the Indian government now invites the Pakistani army chief for talks now remains to be seen.