A friendship between Indian and Pakistani wrestlers; a drone that transports medical supplies to hard-to-acc­ess locations in Nepal, an increase in pigeon population that's troubling Delhi... Read all the juicy gossips here... 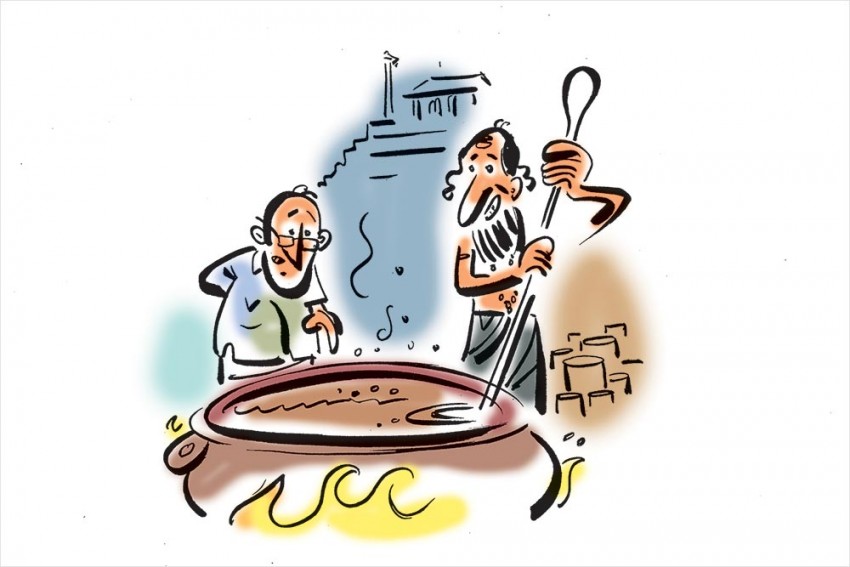 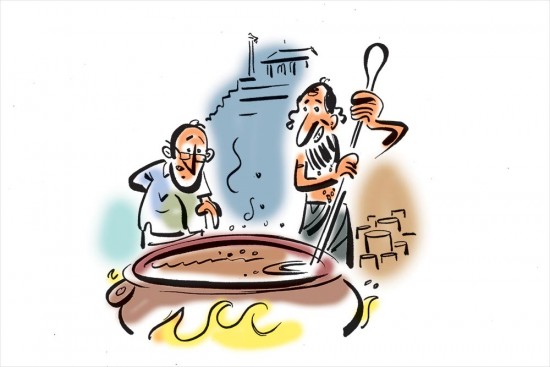 Haven’t heard of the Central Food Technological Research Institute (CFTRI)? They laid down the guidelines for prepa­ring Tirumala Tirupati temple’s laddus as well as Palani’s panchamritam. Now, the government agency has been approached by the Travancore Devaswom Board (TDB) to help improve the prasadam sold at Sabarimala Ayyappan temple in Kerala. CFTRI officials will visit the hill shrine and train the temple staff to prepare the improved prasa­dam for the next pilgrim season. TDB president A. Padmakumar reportedly said the Sabarimala appam, a hard, sweet ball made of rice, banana and ghee would be made softer and swee­ter, while the aravana pudding made from jaggery would become less thick and contain less jaggery.  No change in the prices is planned. 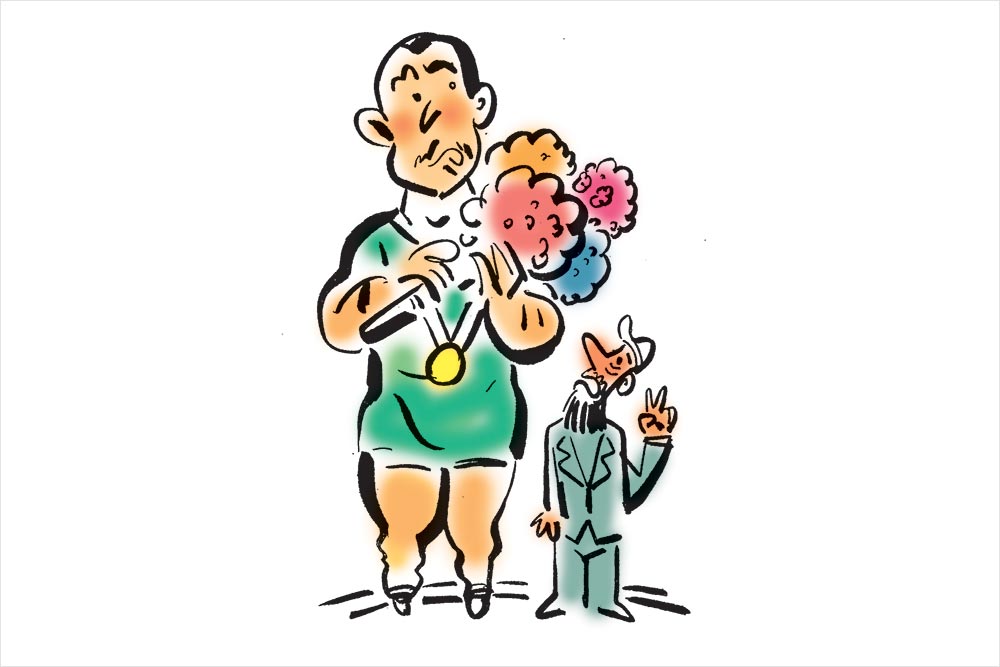 Mohd Inam Butt, 29, who won the gold for Pakistan in the 86-kg wrestling category—the only gold for the country in CWG 2018—is now back home, getting showered with adulation, from generals and national icons—the army chief, Shahid Afridi, Younis Khan et al. He spoke to the media about how the Ind­ian and the Pakistani wrestling federations and wrestlers need to work together to support the sport. Inam said the Indian wrestlers were friends and they shared a great rapport during the CWG held in Gold Coast. The champion also acknowledged the poor state of things for the sport in Pakistan, with the entire budget for wrestling being 18 lakh Pak­istani rup­ees. He hopes for a relaxation of visa restriction between the two neighbours for wrestlers on both sides to visit more often for tournaments. 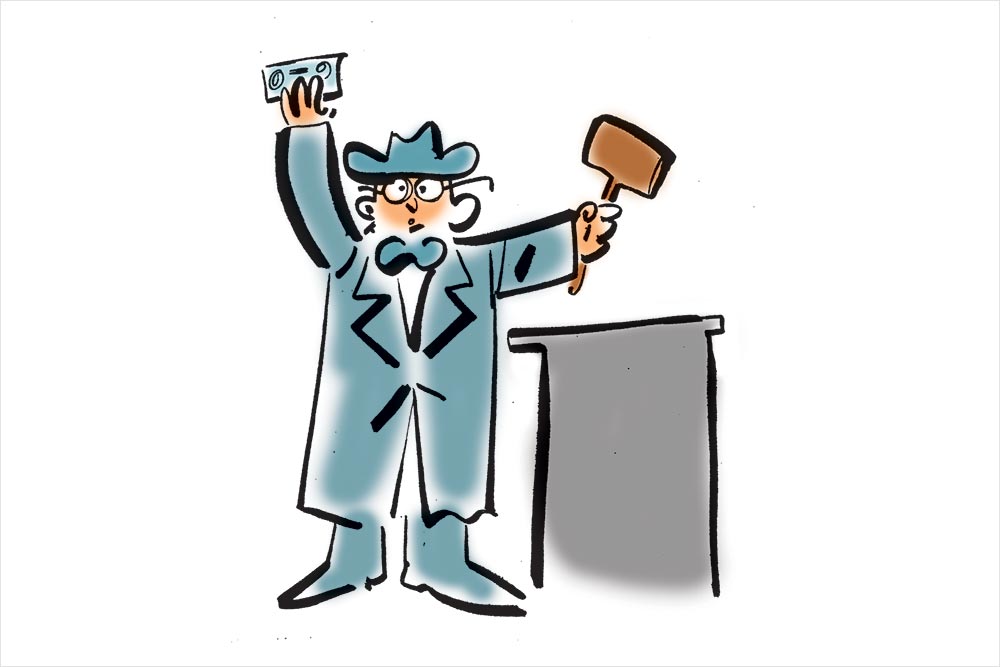 A Mere Fraction Of The Price

In 1918, the British perhaps weren’t running out of food as the Germans were—but they were facing a shortage of silver to mint specie. So someone came up with a stopgap: a Rs 2.5 note—or two rupees, eight annas in the denominations of the time. Only a small number of these notes were ever printed, and each one carried a code denoting which monetary circle it belonged to. One such note, from the Bombay circle, was auctioned for Rs 2.95 lakh recently at the World Trade Centre in that city. However, ano­ther, from the Calcutta circle, remained unsold, reportedly because dealers and collectors have come under increasing financial constraints of late. The sector was in a far stronger position a few years ago, with another Rs 2.5 note from the same batch being sold for Rs 6.4 lakh in 2015. 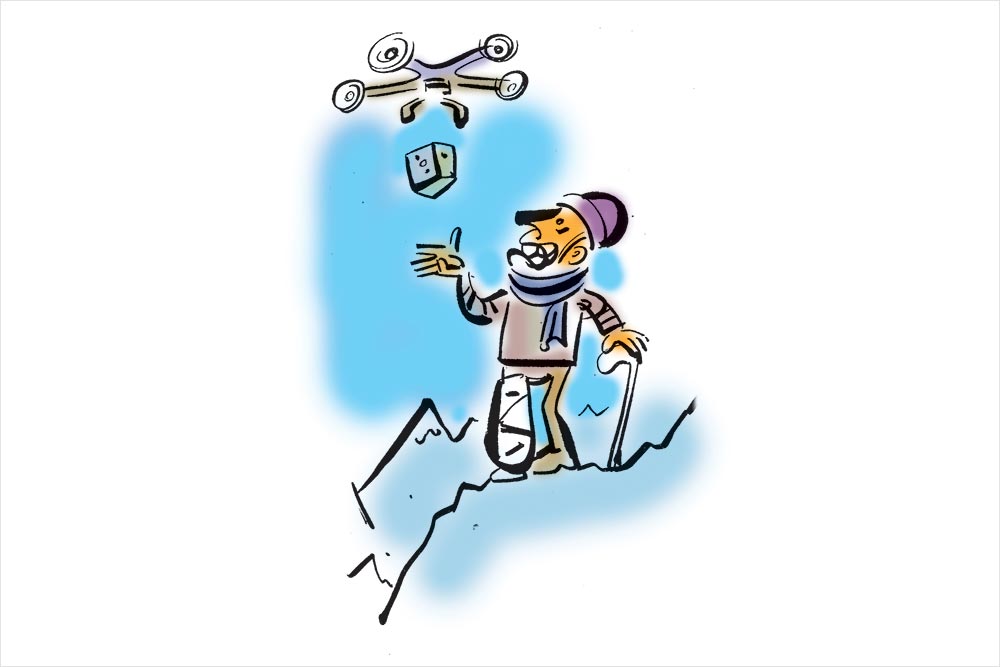 A remote Himalayan hamlet receives a visit from a drone with a payload of 1kg. Don’t worry, there’s nothing sinister afoot—it’s a drone that transports basic medical supplies to hard-to-acc­ess locations in Nepal. The country has only 2,600 doctors for its 2.9 crore people, and many in need of care face a daunting journey to the nearest medical centre; in this case, a 60-year-old labourer who’d sprained his leg would have had to walk for four hours had it not been for the drone. The drone was ass­embled by a team of graduates at the National Innovation Centre, a non-profit organisation run by former teacher Mahabir Pun, who’s won the Ramon Magsaysay award for his efforts to connect Hima­layan villages to the internet. The team is still working on improving the drone’s range and capacity. 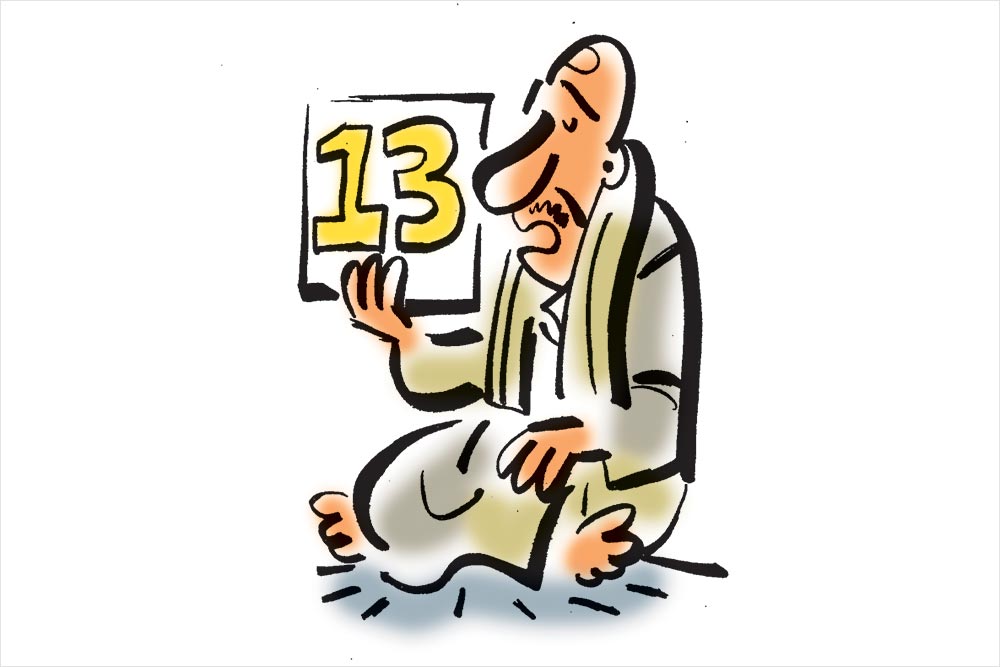 The West isn’t the only place where 13 is an unlucky number. Hydera­badi numerologist Jayahshankkarr Sistllah claims Andhra Pradesh has suffered numerous misfortunes because it has 13 letters in its name.  His examples range from setbacks suffered by various leaders in the past—N.T. Rama Rao being forced out of office twice, the attack that nearly claimed current CM N. Chandrababu Naidu’s life and the accidental death of Y.S. Rajasekhara Reddy—­to the 2014 bifurcation of the state. His proposed remedy is to change ‘Andhra’ to ‘Aandhra’, which reflects the spelling and pronunciation of the name in Telugu more accurately.

It’s spreading, moving down the plateau, over the ranges, straight to the sea. First, China had the memes comparing President Xi to iconic fuzzy bear Winnie the Pooh banned with warnings of punishing the imaginative dissenters. Now, Dhaka becomes the site for statist grimness to prevail. The police detai­ned a successful cartoonist for engaging in “anti-state act­ivities”, namely, posting satirical carto­ons of PM Sheikh Hasina online. Fahim Mash­roor, the CEO of Bangladesh’s largest job website, was ‘ratted out’ by a pro-government student politician to the metropolitan police.

The concern over Delhi’s out-of-control dog population finally led to discussion on another burgeoning species flying wild in the city—the pigeons. The high court was hearing a PIL over the increasing number of dogs in Delhi when it acknowledged the increase in the pigeon population and how this, too, is a problem. The suggested cure was to do what the English authorities have been somewhat successful with—administer oral contraceptives to the birds. “Mix the oral contraceptives in the food served to the pigeons,” observed the bench. This suggestion, if followed, may perhaps provide some respite to the balconies of Delhi, the pigeons’ favourite hangout. 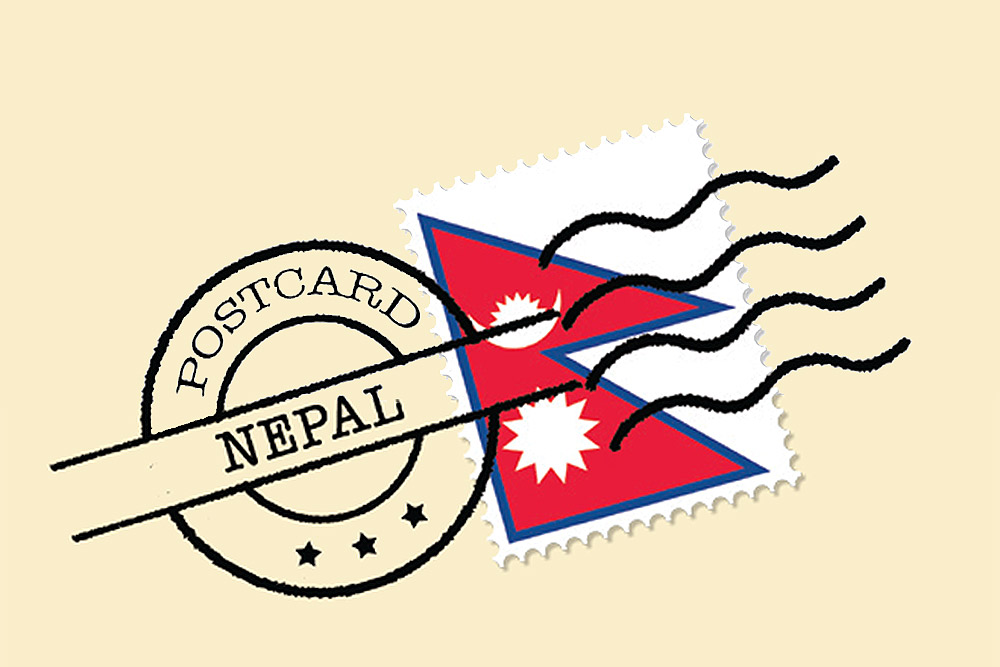 The defeat in last December’s three-tier elections is putting severe strain on Nepal’s Grand Old Party, the Nepali Congress, bringing bitter factionalism within the organisation to the fore. Some political observers believe things are getting so bad it may lead to a split in the party.

Much of the recrimination occurred recently when the Congress Central Working Committee met in Kathmandu.

The defeat had forced party president and former prime minister Sher Bahadur Deuba to convene the meeting to analyse the causes of their disappointing performance.

But this soon turned into an attempt by rivals to hold Deuba entirely responsible for the debacle.

According to the English daily Rising Nepal, the issue of who should take responsibility dominated most of the proceedings, during which faction leaders Ram Chandra Paudel and Krishna Prasad Sitaula pressed hard for a mea culpa from Deuba. But the party president and his supporters rejected such suggestions and felt that all leaders should share the blame. This descended into a point-scoring contest between the opposed groups.

The Congress won just 63 seats in the election to the communists’ 174; Rivals are hell-bent on pinning the blame on party president and ex-PM Deuba.

In this volatile mix, attempts by Deuba’s opponents to nominate candidates for important posts such as vice president, general secretary and Congress Working Committee members, only made matters worse.

Deuba and his supporters, realising the entire exercise was aimed at cornering them, ensured that the nomination process was postponed.

Earlier, Deuba’s attempt to pack the powerful committee with his loyalists had led to bitter protests from his rivals, who wanted some accommodation for their side as well.

Deuba argues that NC’s loss was due to the alliance formed between the communist parties. But his opponents are not buying this, and seem hell-bent on bringing him to heel by putting the blame at his doorstep.

The communist parties, despite their electoral alliance and a proposal for merger, are yet to unite as one organisation. As long as Maoist leader Prachanda maintains his independence, Deuba can be hopeful that, before long, a split will occur in the ruling alliance led by K.P. Sharma Oli.

But that can work only if the NC remains intact.