Newfound benefits of meat of an ass; a yagya for victory in the 2019 assembly elections; a waqfnama by Shah Jahan. Read all the juicy gossip here... 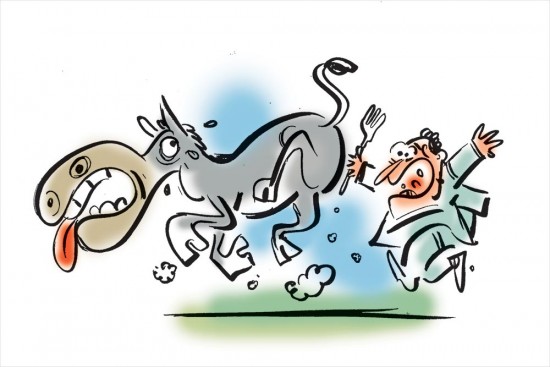 The ass is a panacea. It’s been believed that its milk is useful for dealing with snake bites, liver problems and even bronchitis. Its skin is used in Chinese medicine as a “blood tonic” for certain conditions, such as anaemia. And now, Indians have “discovered” that consuming its meat will cure asthma and snoring. This misinformation (which butchers display openly on boards) has led to a massacre of the animals in Andhra Pradesh and Telangana. Doctors have ­reportedly dismissed these ideas as “baseless rumours” with no support from any scientific study, but it seems that many are yet to get the message. Donkey meat is currently being sold openly for Rs 400–500 per kg—violating the norms of the Food Safety and Standards Authority of India, which does not classify it as edible.