Gujarat's 'designer babies', the donkey business in the name of Ram Rahim and Honeypreet; read juicy news from the neighbourhood... 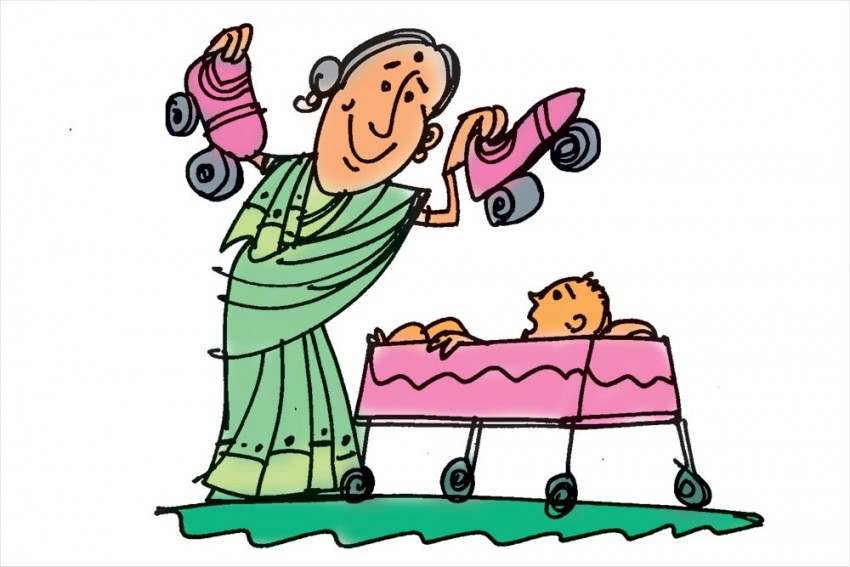 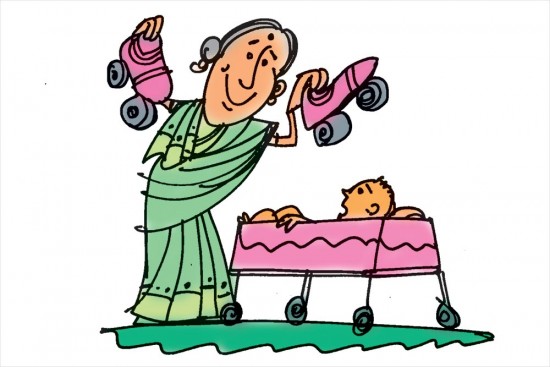 We can have designer babies who will grow up to be Nobel laureates, creative thinkers who can truly change the world,” Gujarat health commissioner Jayanti Ravi said on November 4.  Ravi, who was speaking at a function marking the 150th birth anniversary of Jain scholar Shrimad Rajchandra, emphasised the need to focus on scientific research on how best to stimulate the jnanendriya (sense organs) and karmendriya (organs of action) of infants. She discussed the importance of nourishing foetuses with “stimuli for the brain”, and explained, “It could be in the form of music, texture, touch or smell. It will make our babies develop fabulous neural networks.” From what has been reported, her aspirations app­­­­ear milder than the usual talk of eugenics accompanying the term “designer babies”, which refers to the idea of producing superior hum­ans through genetic modification. 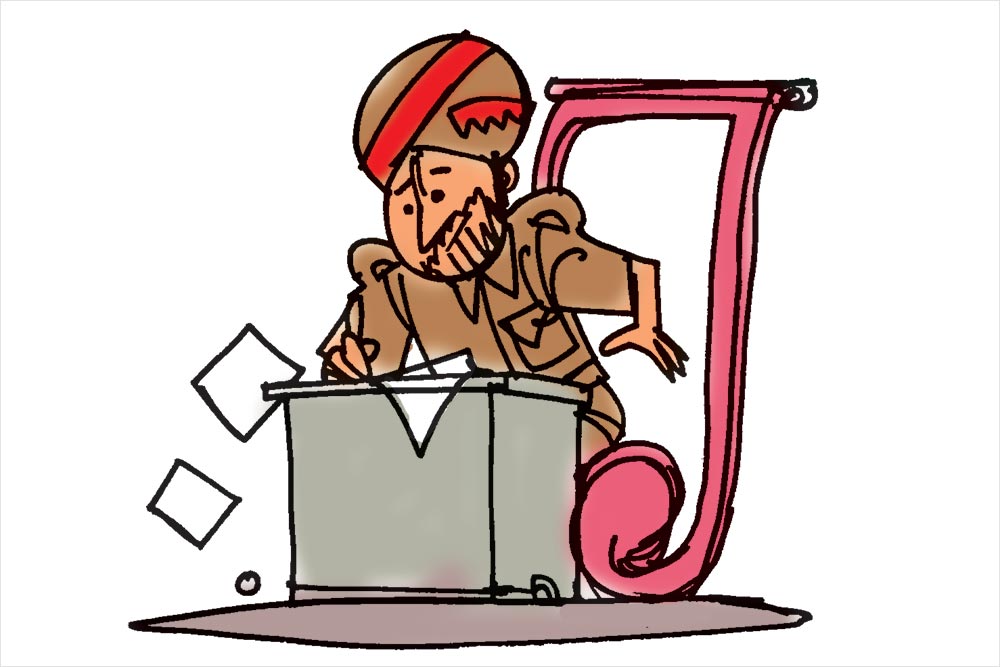 The Song Arm of the Law

Amrik Singh Shera, known for penning the Kala Chashma song, has been unleashed on an expectant public. Punjab’s Director-General of Police has granted the 43-year-old head constable permission to write songs, release music and be interviewed.  Kala Chashma, which Shera wrote as a teenager in 1990, became a super-hit after a performance by singer Amar Arshi in England. And last year, the song rose to further heights when it was featured in the film Baar Baar Dekho. Now inundated with offers, Shera faced a dilemma as his role as a police officer placed restrictions on his activities, but the DGP’s order will change all that. Shera, who is signing for another film, was reported as saying, “I will be able to get leave for such assignments without any impediment. It will help me pursue my passion. I am truly grateful to the DGP.” 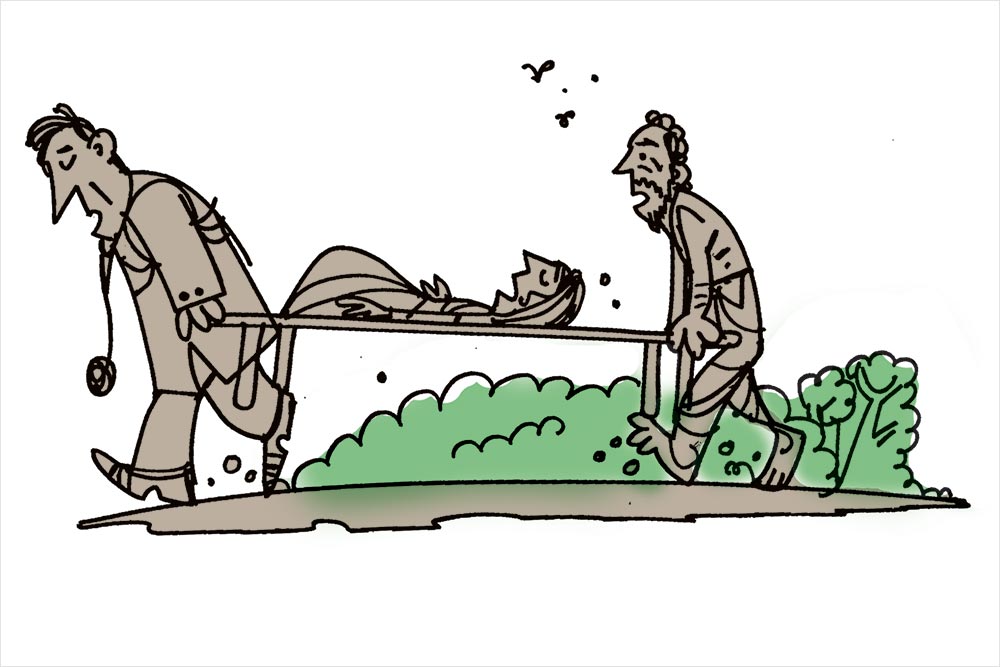 In Orissa’s Malkangiri district recently, Omkar Hota physically carried a patient of his over 10 kilometres of rough terrain to reach the closest public health centre in Papulur. The 31-year-old doctor had responded to a call and gone to the remote tribal village of Sarigeta in order to deliver a baby. However, after he had carried out the delivery, the mother began to bleed heavily and was at serious risk of death. She needed to go to a hospital, but the villagers were unwilling to touch her due to tribal traditions. Hota and the woman’s husband had to put her on a cot and completed an arduous three-hour trek through Chitrakonda block while carrying her. It was reported that following 18 hours of treatment and monitoring, the woman and child were declared to be stable and out of danger. 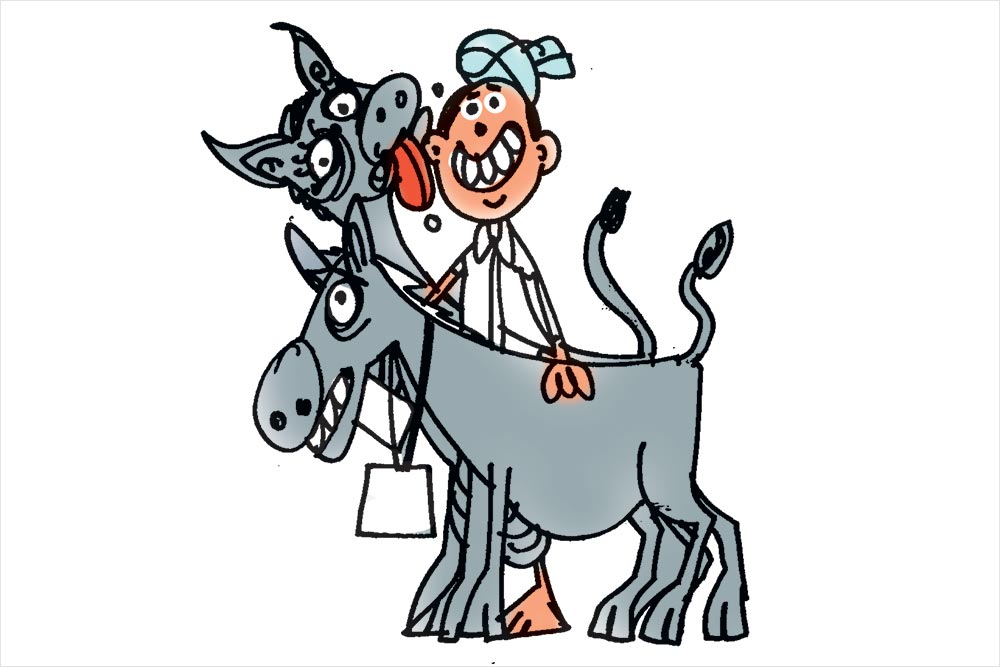 Ram Rahim and Honeypreet were sold to a Rajasthan-based trader for Rs 11,000 recently  during the last day of a fair held in Ujjain. The seller, Hariom Prajapat, who had bought the pair from Gujarat, was hoping that they would fetch Rs 20,000. Unf­ortunately, he was unable to find any buyers at that price and had to settle for a much lower sum. Organisers of the annual fair explained that it is usual for sellers to give fancy names to their donkeys in order to attract buyers, although it will be their breeding and physical attributes that truly count when working out a deal. Other asses present included GST, Sultan, Bahubali and Jio. Prajapat reportedly said that he had named his donkeys after the convicted baba and his ‘daughter’ in order to send a message that they would have to pay for their misdeeds. 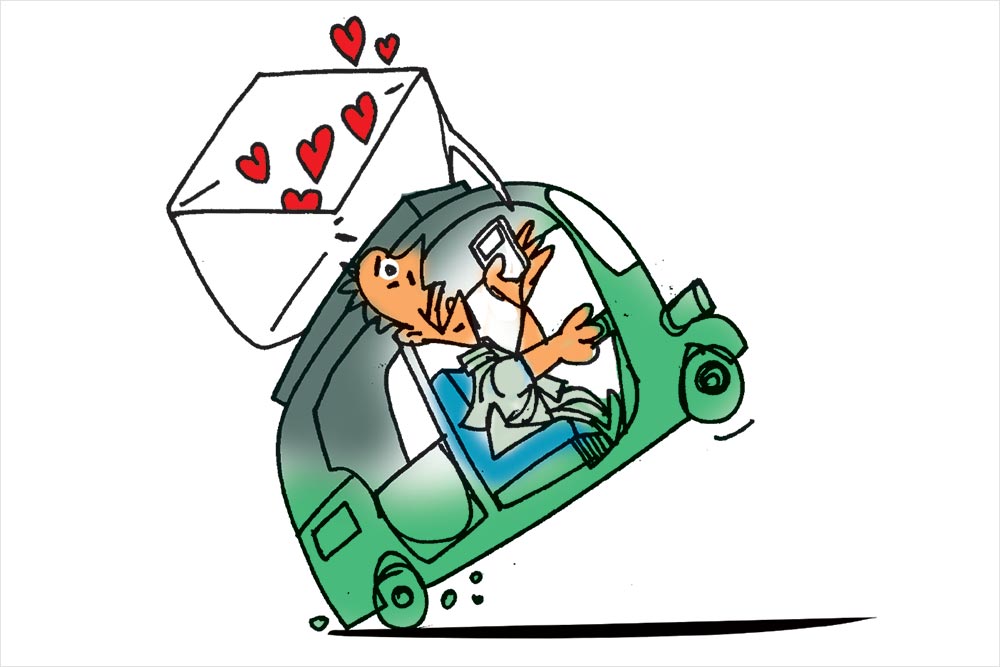 When Shakib Khan, Bangladesh’s leading film-star, gave his phone number to his on-screen girlfriend in the movie Rajn­iti, his legion of female admi­rers went wild. Hundreds would try calling the number daily, pushing a marriage almost to breaking point. The catch? The number was, of course, not the actor’s own. It belonged to auto-rickshaw driver Ijajul Mia, who was helpless to do anything, as changing his number would hurt his business.  He reportedly said, “The use of my number in the movie made my life completely miserable,” and he is now suing Shakib for 50 lakh taka (Rs 38,98,879).

Sri Lankan cricket has moved into perilous territory. First, sports minister Dayasiri Jayasekara was forced to deny that he had told the national team use to sorcery to win the recent Test series against Pakistan, threatening to sue a ‘witch’ who claimed that she had cursed the Pakistani team at his behest.  Now, capt­ain Dinesh Chandimal is being excoriated in social media for saying he was blessed by a ‘meyni’ or sorceress ahead of Lanka’s unexpec­ted victory in the series. “I am ready to accept the blessings of anyone—whether it is a meyni or any clergy,” Chandimal covered up quickly.

Priests of all stripes will face prosecution if they are found to have been involved in illegal marriages, according to a law passed by the Bihar assembly last month. This imposes a total ban on child marriages and dowry, and prescribes strong measures against all involved—extending to wedding card sellers, printers and band parties as well as priests.  On Nov­ember 1, Patna’s district mag­istrate convened a meeting of spiritual lea­ders from various faiths to convey the message, and asked them to make a commitment that they would not consent to the solemnisation of marria­ges where dowry has been demanded or given, or where either the bride or the groom is underage. The 26/11 Mumbai terror attacks had not only tarnished Pakistan’s image, but harmed the Kashmiri cause too, the country’s former foreign secretary Riaz Mohammed Khan admitted recently. “Besides tarnishing Pakistan’s image, the attacks also did an irreparable damage to the Kashmir cause,” said the former diplomat while addressing a gathering at the Pakistani embassy in Washington.

On November 26, 2008, Pakistan-based terrorists carried out 12 coordinated attacks in India’s financial capital killing 164 people, including a number of foreigners. The attacks drew widespread global condemnation and the perpetrators’ links with sections in the Pakistani establishment, especially with the Lashkar-e-Toiba—a valued asset of Pakistan’s ISI, which is active in Kashmir, undermined separatist Kashmiris.

Subsequently, though Pakistan admitted its nationals’ roles in 26/11 and made some arr­ests, till date none has been persecuted by Pakistani authorities.

Riaz Khan lamented how 26/11 and the LeT’s role in it hurt the ‘Kashmir cause’. He also introspected on Pakistan’s falling stock in the West.

Riaz Khan’s acknowledgement of how it affected Pakistan’s image and the Kashmir issue is not a confession of his country’s guilt, but a lament over the changing scenario—especially Washington’s attitude towards Pakistan vis-a-vis India since the 26/11 attack.

According to the Dawn newspaper, Khan, who was speaking on an event to mark ‘Kashmir Day’, argued that the mistakes of the militant groups should not be allowed to weaken “the indigenous and legitimate freedom movement” in Kashmir. He claimed not a single Kashmiri supports the “Indian occupation”.

The death of many American citizens in the Mumbai terror attack is seen as a key turning point that brought a major shift in Washington’s attitude towards Islamabad, though subsequent events like providing safe haven to Osama Bin Laden in Abbotabad only helped in deepening that area of distrust between the two sides.

Khan’s remarks, though channeled through the increasing lack of interest in the West on the Kashmir issue, and reinforced by India’s looming image as an attractive investment destination, were also an introspection at the cause of Pakistan’s falling stocks in the West. Maybe the changing equations have affected the ‘Kashmir cause’ more than Pakistan ever expected. As another Pakistani diplomat, Tauqir Hussain, said, Kashmir has become the “victim” of the region’s geo-politics.