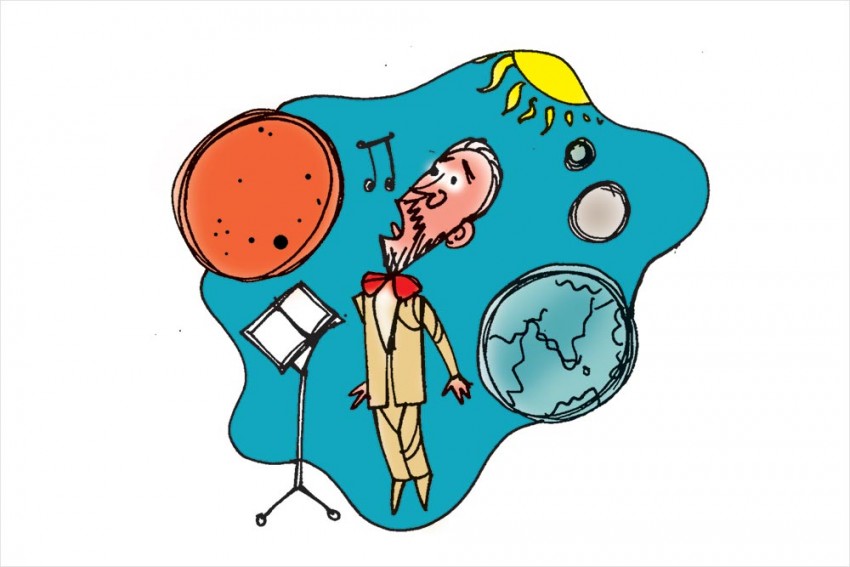 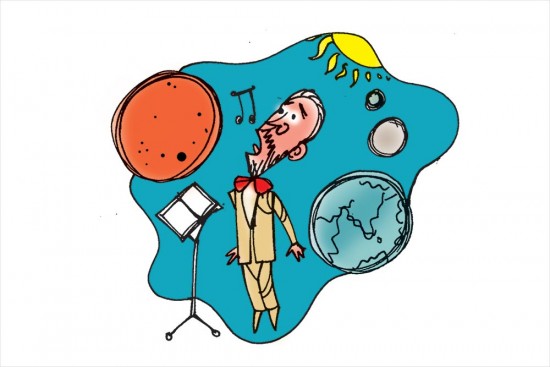 Oscar Castellino (31) of Santa Cruz, Mumbai, had the honour of having his composition Rise to Mars designated as the red planet’s ant­hem by the Mars Society earl­ier this year. The society is a non-profit organisation dedicated to the cause of human exploration and settlement of Mars. The anthem had its premiere in Cardiff in June, with Castellino, a baritone, performing accompanied by the REPCo Sinfonia. Now, at the 20th annual convention of the Mars Society, he has had the opportunity to sing it before an audience of the world’s leading space scientists. He is quoted as saying, “it was fantastic to sing the Mars anthem to the people who are most passionate about the human mission to Mars.” 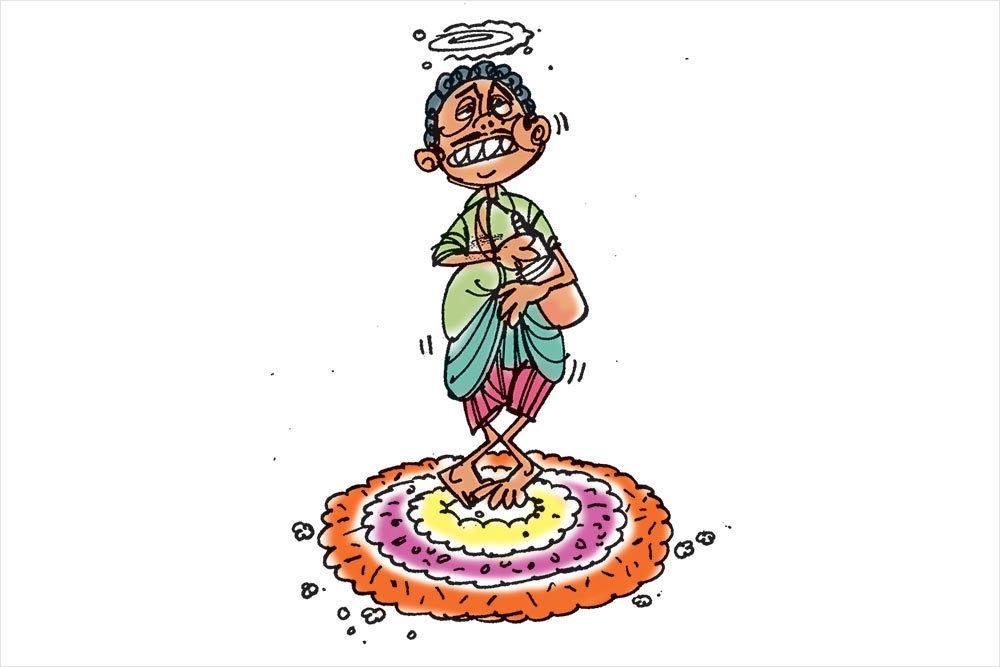 In Kerala, the festival of Onam is a celebration of prosperity. Every year, it is celebrated through the consumption of a great deal of alcohol, bringing well-being to the Kerala State Beverages Corporation (Bevco).  This time around, the two most important days of the festival—Uthra­dam and Thiruvonam—saw liquor worth Rs 114.29 crore being imbibed by Keralites, an increase of Rs 24 crore from last year. Bevco sources state that this corresponds to an increase in sales, but the LDF gov­­ernment’s policy of reopening bars and retail outlets is also a contributing factor. Many such establishments had been closed down during the former UDF governm­ent’s prohibition policy and by an SC order prescribing a minimum dis­tance from hig­­h­ways. The leap in liquor sales has occurred just as the opposition is crying foul against the liberal policy. 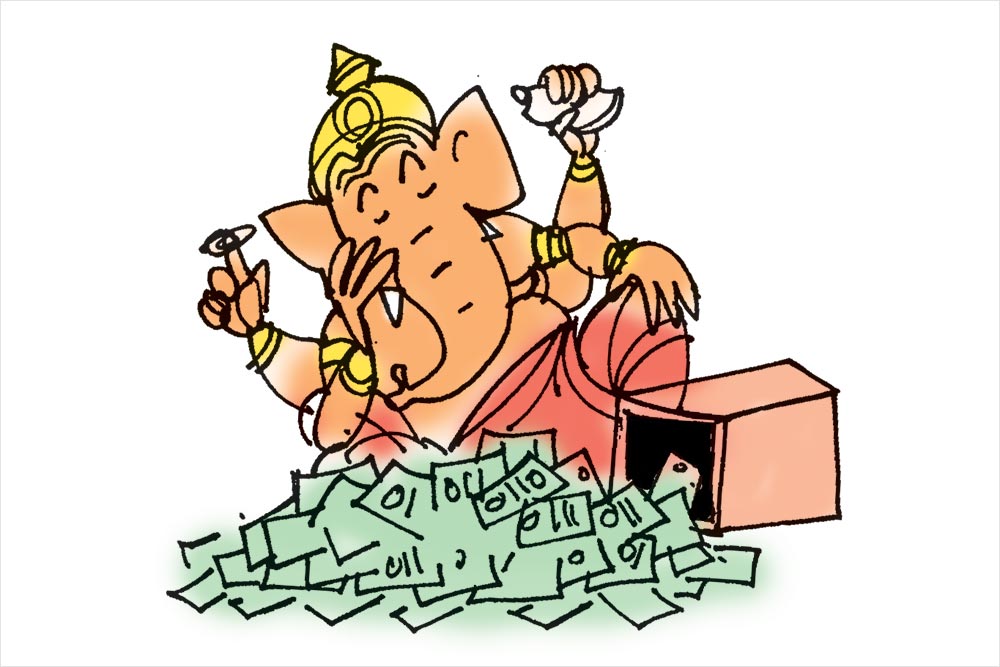 The Ganpati festi­vi­ties org­anised by the Lalbaugcha Raja Ganesh Mandal in Mumbai saw a deluge of demonetised Rs 1,000 notes being off­ered to the deity—110 such notes, with a total value of Rs 1,10,000, were discovered when they were counted. The Mandal’s officials plan to get in touch with the Reserve Bank of India in order to check whether it will accept these notes, and to get advice on how to proceed in case of a negative answer. This issue must be put in the context of last week’s Supreme Court dir­ective, which admonished the Centre for failing to acc­ept dem­onetised notes and req­­uired it to clarify whether citizens will get another win­dow to deposit it. The Mandal received less money in total this year (Rs 5.8 crore, compared to Rs 8 crore last year) due to widespread floods. 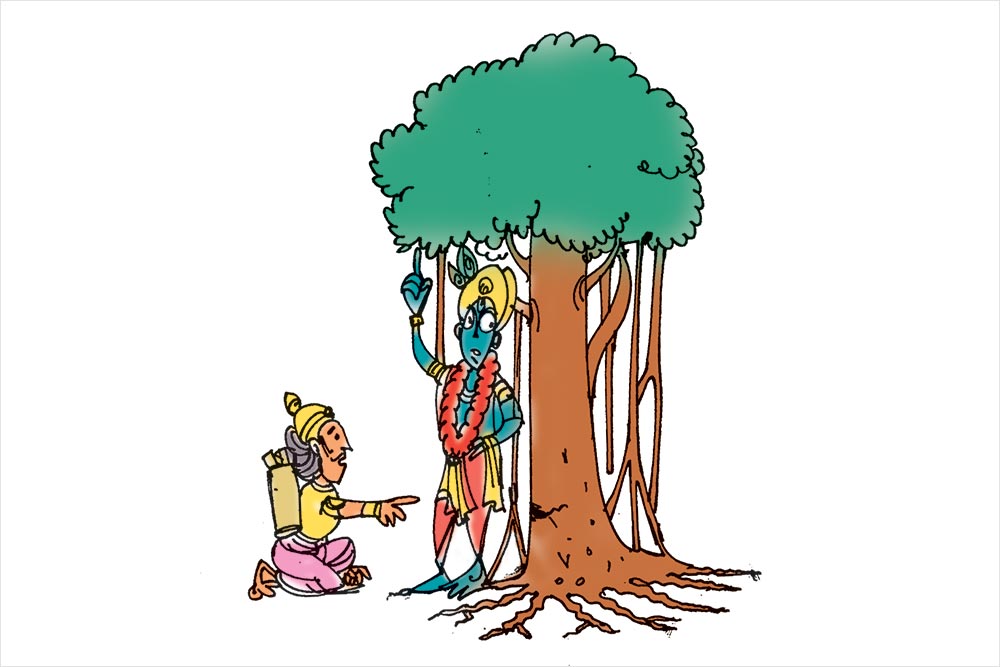 Vital Support For Holy Tree At The Bhagwad Gita’s Birthplace

In Jyotisar in Haryana’s Kuru­ksh­etra district, there stands a 100-­­­year-­­old banyan tree by the side of a pond. This is believed to be the mythological site where Lord Krishna delivered the teachings of the Bhagwad Gita to Arjuna. Despite this holy pedigree, the tree was being suffocated by a marble platform that prevented water percolation, causing the roots to suffocate. These are now being tackled by a team of scientists who have already removed the marble flooring and report that the tree’s prop roots are now spreading as a result. Further work is planned, with a team of experts preparing to check the ground area for potentially harmful water stagnation. Their efforts have now been praised by Harsh Vardhan, the Union minister of environment, forest and climate change. 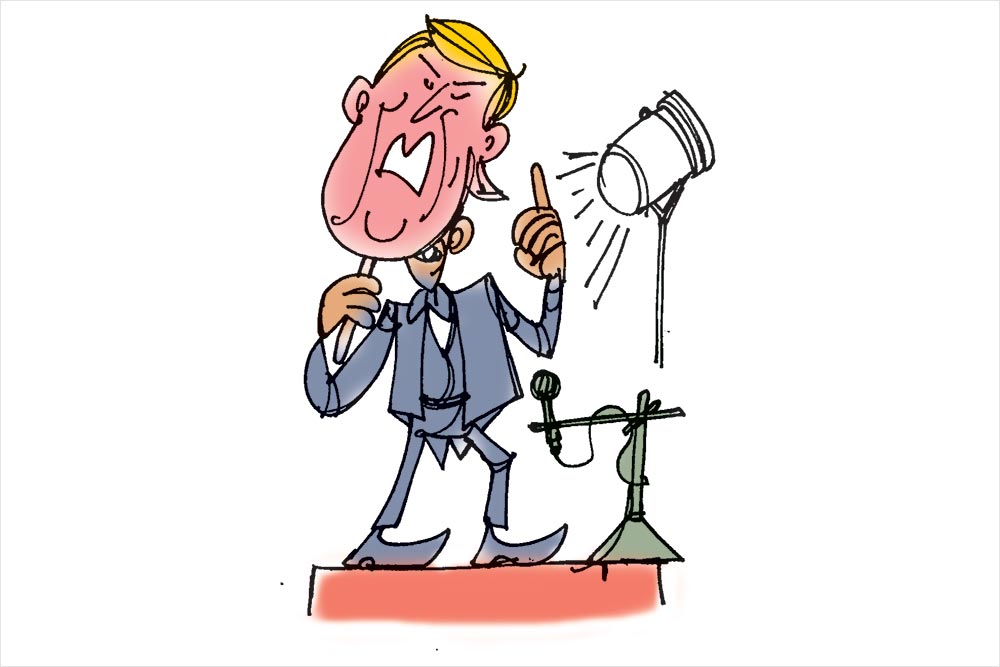 This Trump Is ‘Yuge’  In Nepal

This is the fake media,” snarls Potus, as he att­empts to gag a journalist with a propensity for asking bizarre questions. Speaking in an American drawl that still has a trace of his native Nepali, Donald Trump is a great hit as he struts the Kathmandu stage, wearing a blond wig and a set of white dentures. Is there something odd about this picture? Surely not. Comedian Manoj Gajurel has been working hard to refine his act for over two years, examining online videos to perfect his act. Gajurel, who once received death threats for daring to impersonate King Gyanendra, exp­­lains his choice: “If something happens in America, Nepal is also connected. That’s why I chose Donald Trump.”

Deportation Of Pakistanis At A High

The expulsion of Pakistanis is growing apace globally. The Express Tribune reports that the past five years have seen over 5,00,000 Pakistani nationals deported from 134 countries. These include countries that frequently deport Pakistanis, like Saudi Arabia (accounting for over half the total—2,80,052 people), the UAE, Oman, Turkey, Greece, the UK and some other EU nations. However, several smaller countries have also expelled Pakistani citizens for various reasons. Examples include Laos, Lesotho, Liberia, Botswana, Mozambique, Angola, and Ethiopia.

Two familiar names now adorn a pair of mountain ranges on a non-planet at the farthest reaches of the solar system. Named in honour of Mt Everest’s conquerors, ‘Tenzing Montes’ and ‘Hillary Montes” feature in a list of 14 names for geo­logical features on Pluto released by the Int­ernational Astronomical Union (IAU).  The features were first charted in July 2015, when America’s New Horizons spacecraft performed a close flyby of the planet. Other features in the list include the ‘Tombaugh Regio’, named after Clyde Tombaugh, the American astronomer who discovered Pluto in 1930. A plain has also been named ‘Sputnik Planitia’ to commemorate Sputnik 1, the first artificial satellite. Frequent criticism of the China-Pakistan-Economic-Corridor (CPEC) issuing from sections of Pakistani media has begun to upset China. The Chinese establishment, including politicians, businessmen and opinion-makers, want to know why people have joined sceptics in other parts of the world in raising question about the multi-billion project.

Announced in 2013, CPEC is part of the One-Belt-One-Road Initiative of China, which plans to invest over $ I trillion in 60 countries to establish six different corridors across the world to establish this gargantuan connectivity project. Of this, the CPEC will have an investment of over $ 50 billion, and from the Chinese point of view, gains for Pakistan will be massive.

Though receptivity from other countries has been far from enthusiastic, the Chinese are puzzled by the “sceptical and negative” reactions from certain quarters in Pakistan.

“The goodwill Pakistan enjoys among the Chinese is perhaps unparalleled, therefore we have to pay heed to their concerns and suggestions,” says Ishrat Hussain, a former governor of the State Bank of Pakistan in Dawn.

Though many other nations aren’t positive about OBOR, China can’t get why so many Pakistanis are sceptical, since the country has a lot to gain from CPEC.

The Chinese, says Hussain, have voiced concerns regarding negative CPEC talk, security and red tape. But it is mainly the criticism emanating out of various sections in Pakistan that seems to have upset the Chinese the most. “This comes as a surprise to them because of the uninterrupted record of strong bilateral relations between the two countries that were not affected by changes in political leadership in either country,” opines Hussain.

He adds that CPEC is the first project of its kind to foster economic cooperation on a massive scale for building large infrastructural projects in Pakistan.

Chinese analysts are concerned about what they see as “misrepresentation” of facts by many Pakistanis. They wonder as to what purpose is served by raising doubts and fears about CPEC in the minds of the Pakistani population.

Many Pakistani doubters have compared the Chinese initiative with that of the East India Company, while others have expressed fear of the country turning into a satellite of China. These negative reports, says Hussain, have been unn­erving as the Chinese were being picked up and pilloried by detractors.

Pakistan-based terrorist activity has already forced China to join others in condemning it. Unless Islamabad mana­ges to deal with the growing criticism of CPEC within the country, it may alienate the Chinese further. Under the circumstances, Pakistan can hardly afford to do that.

‘Cancer Can Be Prevented’