How much can rape convict Gurmeet Ram Rahim singh's followers pay for 'blessed' items? Aroma in the name of RSS leader Indresh Kumar? Cath all the juicy tidbits... 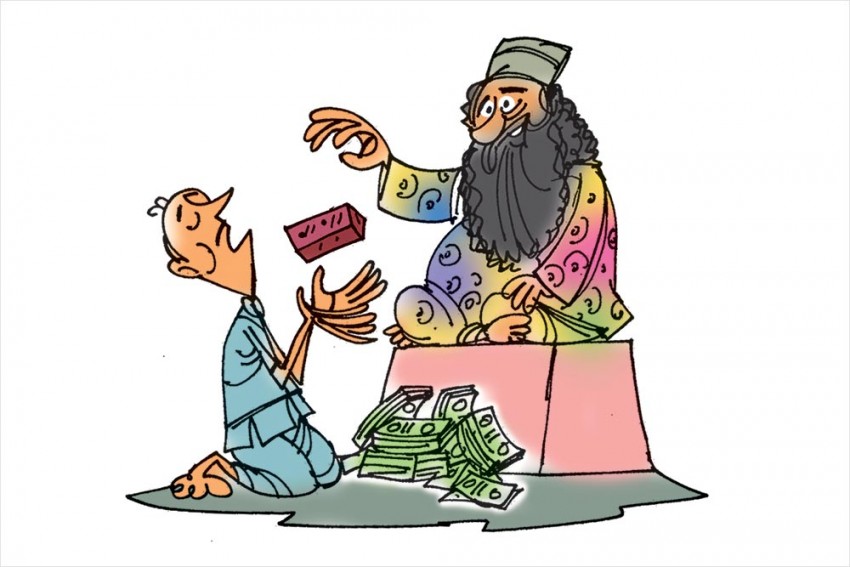 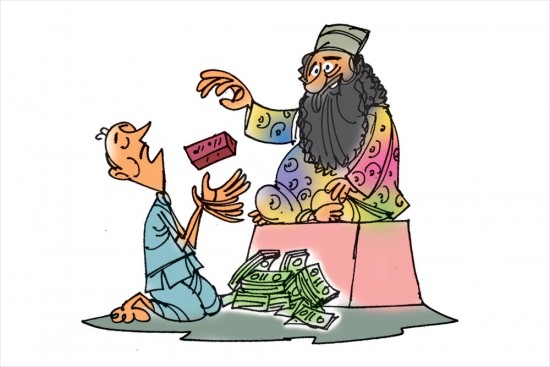 Many Hues Of Ram Rahim

Now that Dera Sacha Sauda chief, who goes by the many-barrelled name Baba Guru Ram Rahim Singh Insaan, has been convicted of rape, the media has gone on overdrive to clinica­lly examine each and every aspect of the Dera’s activities.  Their guru exposed, many followers and their relatives are now crying foul over the Dera’s activities. The guru would bless objects which would later be auctioned to followers. A follower paid Rs 10 lakh for ten bricks ‘blessed’ by Ram Rahim. Then there was the case of a dried red chilli, which was auctioned for Rs 35,000. Also, apparently, Dera men known as ‘bangidas’ would pressurise followers ‘emotionally’ to donate land and money to the Dera. 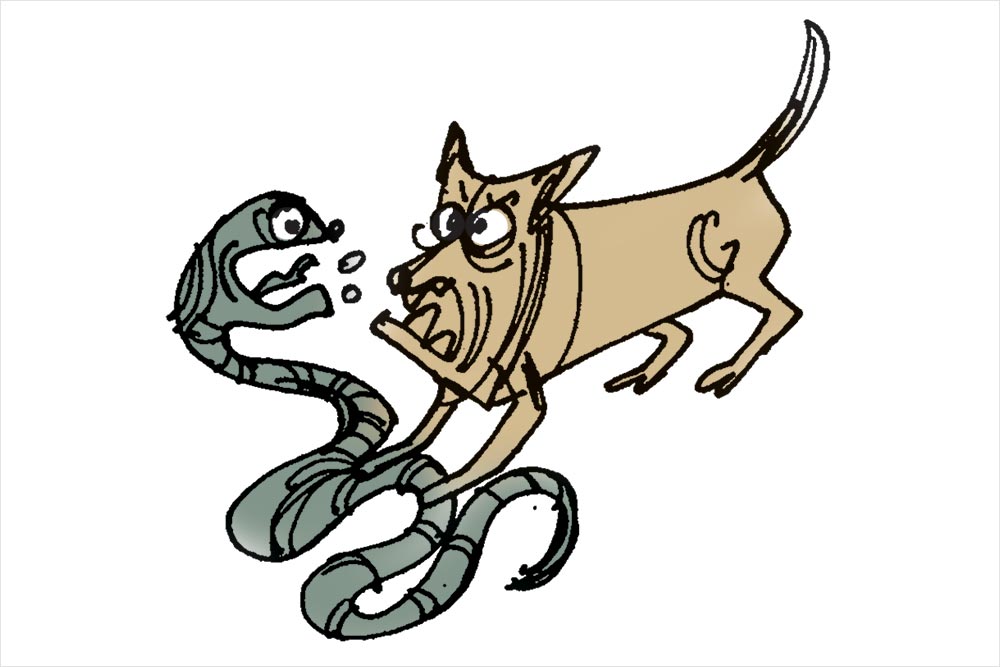 They say that among all animals, a dog is man’s best friend. This dearly-held belief was reinforced yet again in Munda Muhana village, near Bhubaneshwar in Orissa, where a pet dog died fighting a cobra last week. According to reports, the canine made a go at the dangerously poisonous snake in an attempt to protect his owners from harm. The dog stopped the cobra from entering his master’s room at around 9 pm. By the time the dog managed to kill the snake, he had been bitten many times over by it. The owner reached the spot of battle shortly after and the canine was rushed to the Odisha University of Agriculture (OUA) for treatment, but it was too late. He died on the way to the hospital. 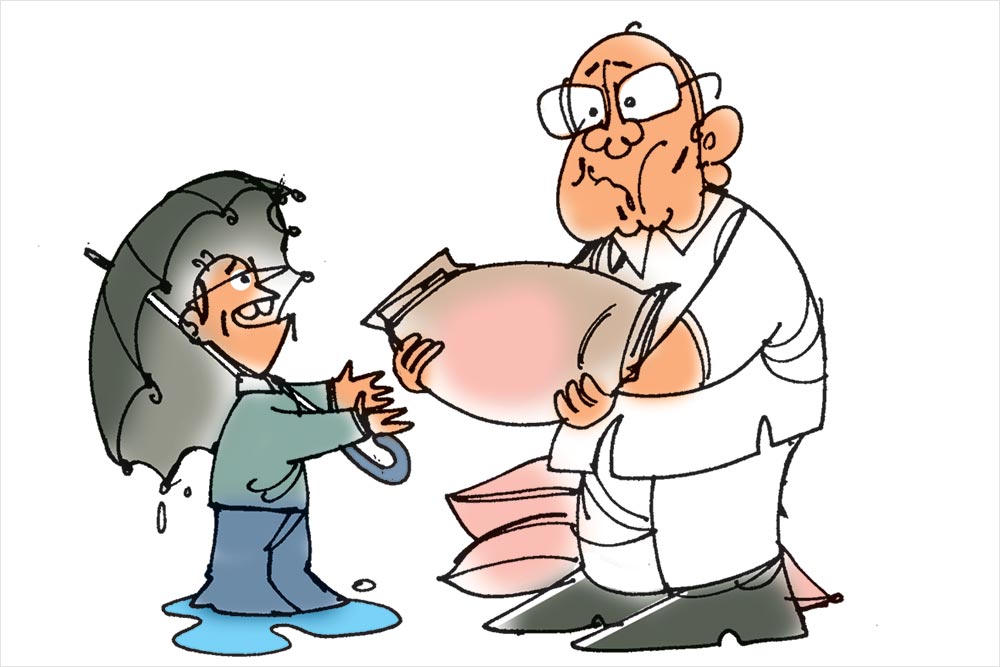 A Gift Of Sugar For Accurate Weather Forecast

In true farmer style, Natio­nalist Congress Party pre­si­­dent Sharad Pawar sent a sack of sugar as a token of his humorous appreciation to the office of the India Meteorological Department (IMD) in Pune. The absence of rain in the first two weeks of August had raised concerns about another possible round of drought in the regions of Marathawada and Vidarbha this year. But the IMD had predicted rainfall in the coming days. Soon after this prediction, Pawar had said to news reporters that if it came true, he would gift a sack of sugar to the IMD. In sweet response, the clouds thu­­ndered and it rained as predicted. Pawar kept his word, taking the IMD officials by surprise, refreshing his record as a man with wit and keeping newshounds in good humour. 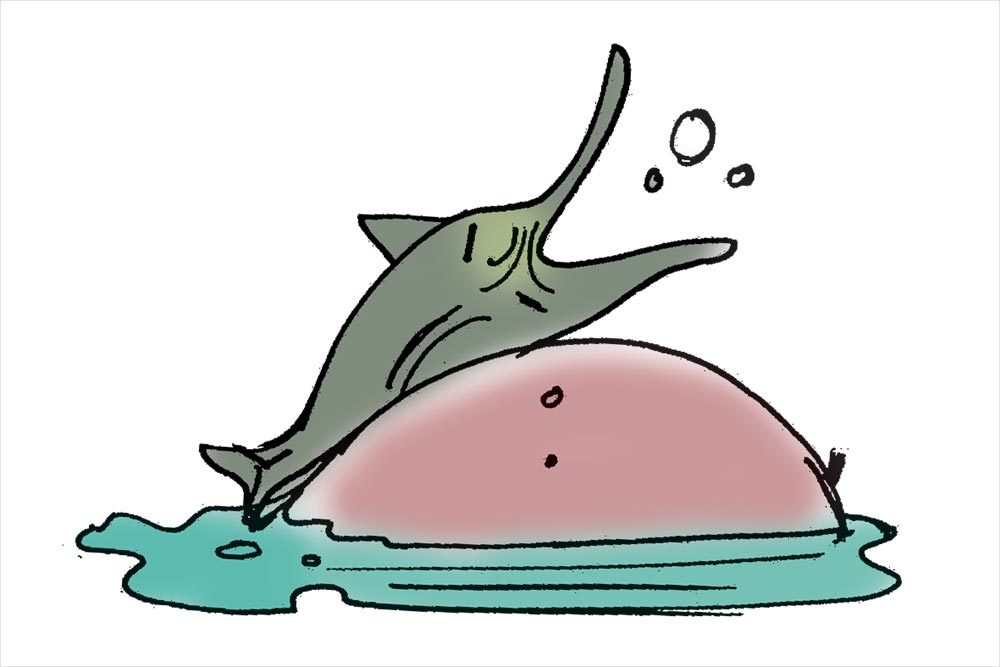 The Ganges Dolphin, with its peculiar snout, is a rare, endangered creature. Only a few pockets are left in the Bramhaputra. These may be the last habitats of this species of dolphins. As of 2016, there were around 2,500 Ganges dolphins left in all. According to reports, they are fast losing habitat in the Brahmaputra. “Their numbers are dwindling sharply in the upper stretches. The Ganges dolphin is the hardest hit among the aquatic fauna,” Professor S.P. Biswas, head of the life sciences department in Dibrugarh University, was quoted as saying in a conference recently.  Silting and widening of the river are among the major factors threatening the habitat of the species. The World Bank has suggested that the decline in dolphin population in the river might also be because of its illegal killing for oil and accidental deaths due to the impact of fishing. 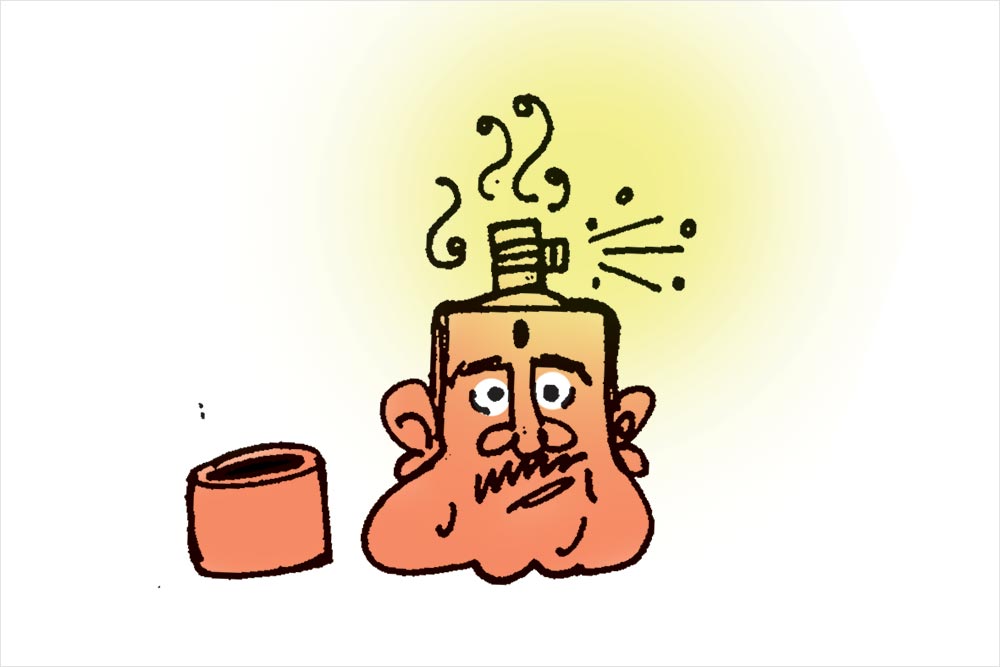 A Delhi-based perfume-­maker has named one of his concoctions after RSS leader Indresh Kumar. This is not the first time that Haf­eez Mohammed Sabreen, the perfumer who manufactures a variety of ittars, has named one after a person. Earlier, Sabreen had named an Ittar after A.P.J. Abdul Kalam. But what was so aromatic about Kumar? Well, he is the founder of RSS’s Muslim wing—the Muslim Rashtriya Manch (MRM) and Sabreen is an office-bearer. Kumar was an accused in the 2007 Ajmer blast case, although he was cleared later. He also ‘advised’ Muslims to refrain from eating beef and break rozas with cow’s milk. The ittar ‘Indresh’, is a mix of sandalwood and rose. Let’s hope it’s packaged in a saffron bottle.

Sri Lanka justice minister Wijeyadasa Rajapakshe was sacked last week by President Maithripala Sirisena. Rajapakshe was relieved of his duties for criticising the government’s $1.1 billion deal with China to develop Hamba­ntota port. He had reportedly said that the port deal with China was a betrayal of the country’s sovereignty and that he’d make sure it was taken back. The port has been leased to China for 99 years, which is expected to invest up to $1.1 billion in it. According to PM Ranil Wickremesinghe, the money realised from the deal will settle all of Lanka’s debts owed to China.

A Game On ‘Rishta Aunties’

Rishta auntie is  dre­­aded by all hau­nted by the sceptre of an arranged marriage in Pakistan. A few months ago, a cab service even had a rishta auntie on its rides to ‘arrange’ life partners for passengers. Now, the match-fixing auntie has made a comeback, thankfully as a board-game character. In ‘Arranged’, you are dealt cards acc­ording to which you move steps on a board. The unl­­ucky ones can end up landing on the same tile on the board as a rishta auntie, who will get him into an arranged marri­age. Arranged is created by Nashra Balagamwala, 24, who knows well the pain being pressured into an arranged marriage. It has found many takers among the young in Pakistan. A Pen Dipped In Poison

Smarting under the United States’s public criticism of its role in harbouring terror outfits, Pakistan has questioned America’s claim that it gave  “billions and billions” of dollars to Islamabad to put up a strong fight against global jehadi terror. US President Donald Trump, while announcing his new Afghanistan policy, castigated Pakistan for not taking action against terrorists operating from its soil against the Afghan government.

Former Pakistani interior minister, Nisar Ali Khan, led the charge against Washington by raising serious questions on the amount it gave Pakistan in the fight against terror. “It is not billions of dollars, it is peanuts,” Khan said while speaking on the issue at the National Assembly.

Khan said that the Coalition Support Fund paid by the US is for services rendered by Pakistan in the fight against terrorism. But he accused the US of dragging its own feet when it came to make the payment. “If our bill [for military services] is $500 million, they [US] sit on it for months...and end up giving us $200 million,” he said. “They have ruined our roads, our airspace, our country, but are not ready to pay for the expenses,” he added.

Pakistan-US relations have been going through one of its worst phases since Trump came to power. To lodge its protest, Pakistan had even called off scheduled bilateral talks between the two sides.

Interestingly, the former high commissioner of Pakistan to India, Abdul Basit, also decided to get involved in the crisis by raising questions about the competence of the country’s present ambassador to the US, Aizaz Ahmed Chaudhry, who was Pakistan’s foreign secretary before this.

In a letter written by Basit, and addressed to Chaudhry, that has surfaced on Pakistani social media, Basit has described him as Pakistan’s ‘worst’ foreign secretary. The rivalry between the two stems from the time when Basit, a contender for the coveted post was ignored in favour of Chaudhry by the Nawaz Sharif government. Basit felt that Chaudhry will also end up being the ‘worst’ Pakistani ambassador to the US and demanded that for the sake of the country he should be immediately recalled.

The public spat involving the two senior diplomats has raised quite a few eyebrows in Pakistan, with many also questioning why Basit decided to make his feelings about Chaudhry public now. Was all this also being done at the behest of a foreign power, they ask.

It Takes A Quake To Tango