Are MeT reports misleading you? Remember the 'so good-looking' tea-seller from Pakistan? Is he really Pakistani though? Read the juicy gossip from the neighbourhood... 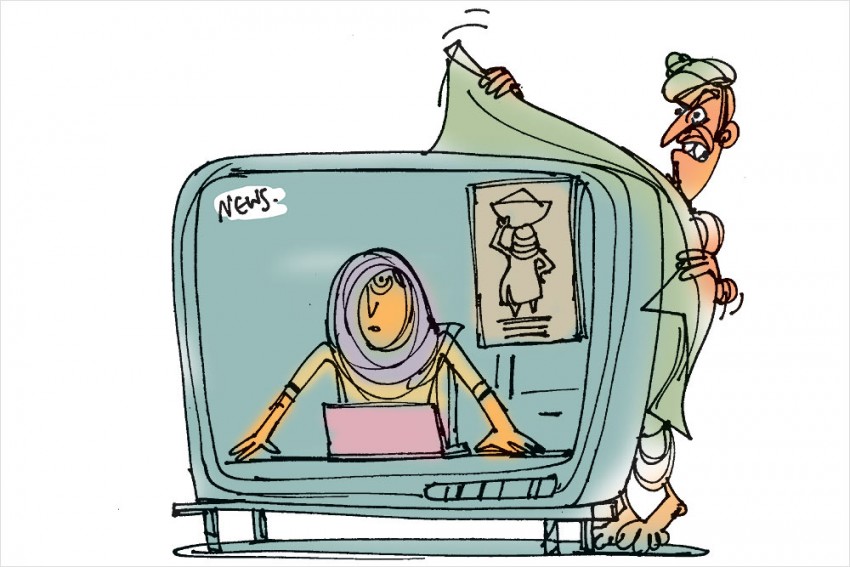 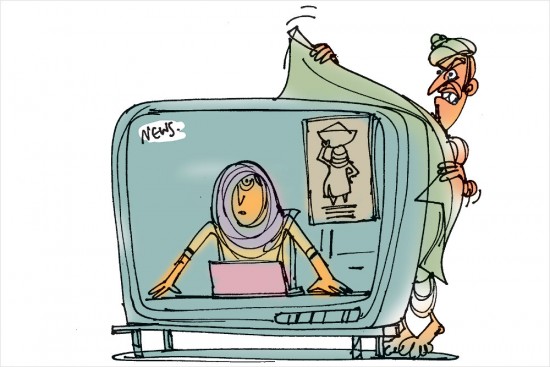 Sometimes it’s the smallest of things that reflects the bigger picture. Take the case of a photo caption in Krishi Samvad, a monthly magazine published by the government of Haryana. “Ghoongat ki ann-baan, mahre Haryana ki pehchan” (Honour of the veil, the identity of Haryana), read the caption below the picture of veiled women carrying cattle feed on their head. Perhaps, the magazine editor thought he could get away with standard, old-school misogyny in a mere caption of a state supplement. But a journalist from the state, who chanced upon the caption, was having none of it. Pratima Dutta of STV Haryana News thought of a compellingly creative way to register protest—she read the June 19 news wearing a veil. Now, most viewers of STV Haryana News are well aware of where the caption went wrong. 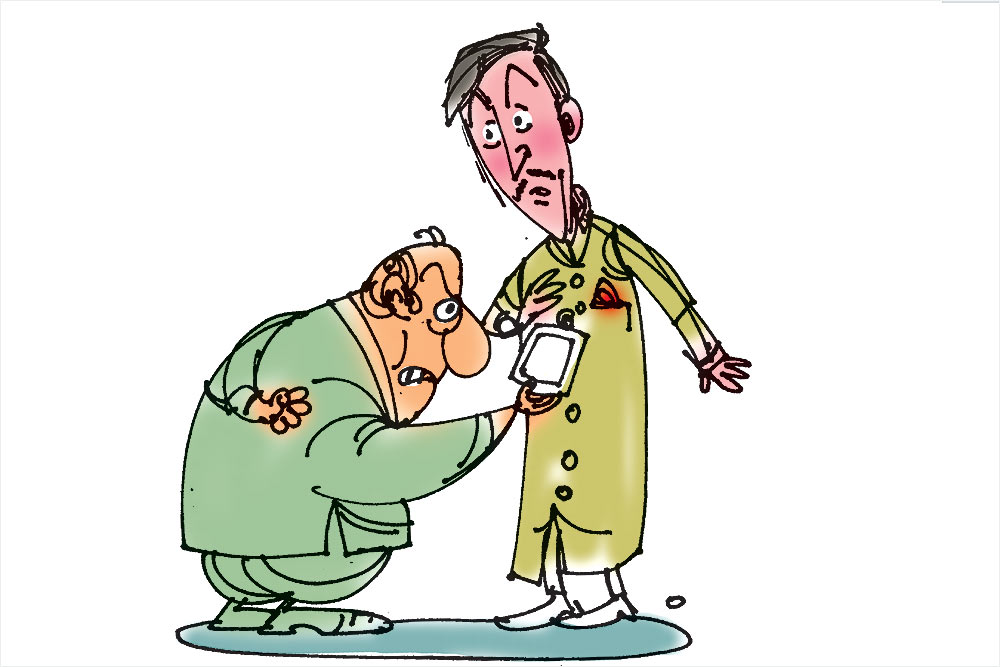 Remeber Arshad Khan, the blue- eyed boy from Pakistan, whose stunning picture broke the internet, social media and then mainstream ­media last year for being ‘so good-looking’ ‘despite’ being a tea-seller. That classist angle in our praise apart, fame caught Arshed unawares. He became known because someone posted his pic on their Instagram page. A little later on, he became a ‘turn of fortune’ story with reports of him bagging modelling gigs in Pak­i­­s­­tan. But, overnight celebrityhood has its own perils. When Arshed applied for an identity card recently, many ‘red flags’ regarding his citizenship began to flutter. Pakistani authorities now claim he’s an Afghan national who obtained a passport using fake documents. 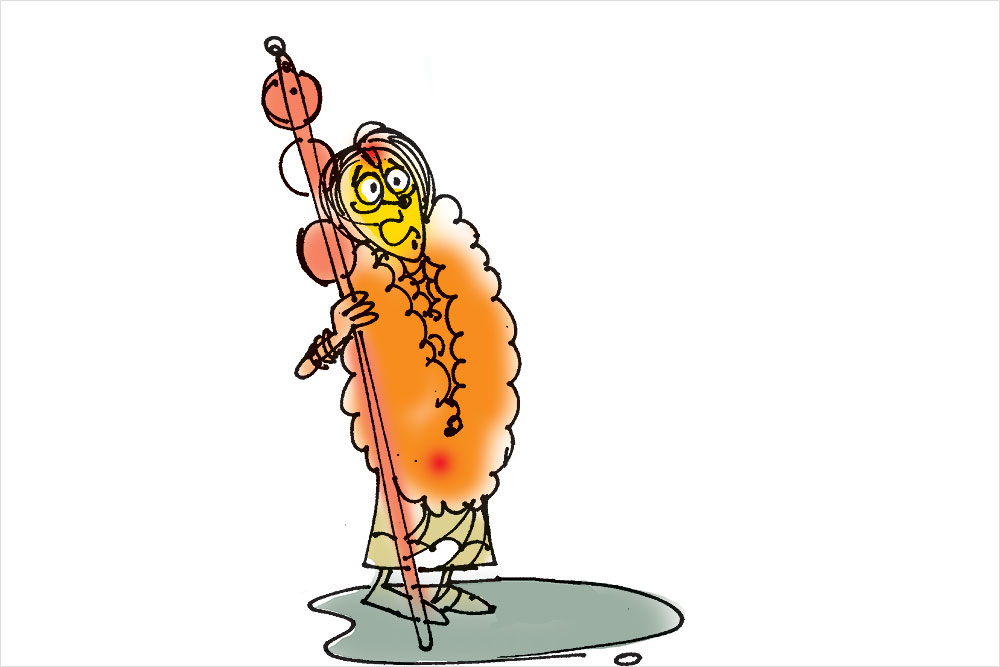 It was a swift bout of posse­ssion that got the good news out of Swarna Latha—the oracle of Telangana who predicts the fate of the state every year at the Rangam mela, the concluding ceremony of the Bonalu fes­­tival held at Secunderabad’s Ujjaini Mahakali temple. In a prophecy that could be called almost Baahubaliesque, Latha announced a good year for agriculture and ‘getting rid of evil’. She also managed to get a cosmic insight into the fut­ure of the CM’s cabinet. They will enjoy good health and get richer, she says. The cabinet ought to be pleased. Only, Union minister Bandaru Dattatreya was reportedly inconvenienced, as his car could not go till the temple on account of the rush while the oracle spoke. If he faces any doubts about his own future, he can always ring the oracle up! 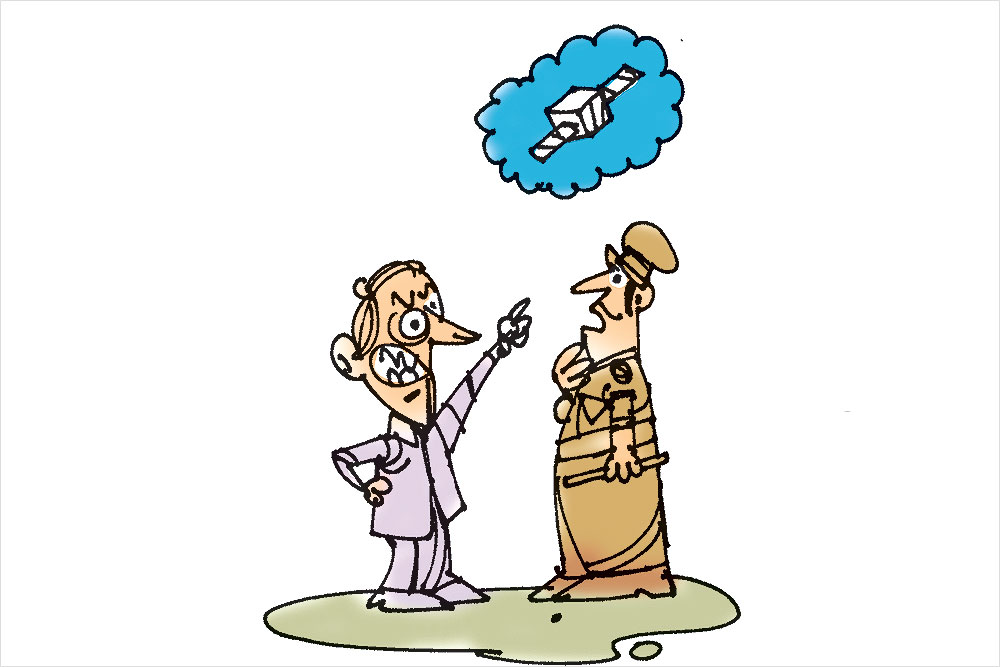 Predicting weather is also cosmic stuff—the satellites see and tell, and then the Met department makes the forecast. When they fail, we blame fate. But Gangabhushan Thawre from the Beed district in Maharashtra has put the blame on India’s weather department. Last week, Thawre lodged a complaint against the weather bureau at a local pol­ice station. He alleged that the Mumbai and Pune Met departments gave wrong forecasts, causing losses to farmers. He accused them of cheating, suggesting the possibility of a conspiracy between the Met and seed and pesticide companies. An above average rainfall was predicted this season, prompting farmers to sow expensive seeds. But it turned out to be a dry spell. If the police does not act, Thawre and others have threatened to protest. It’s becoming hazardous for the Met to hazard an educated guess! 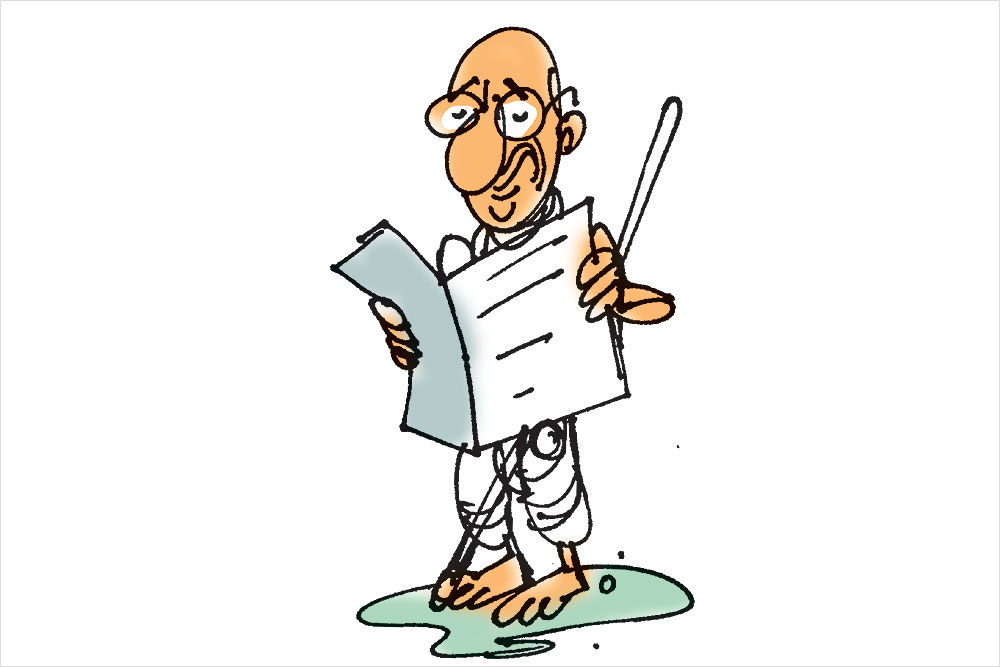 Abandon And Pay In Maharashtra

At last comes news of fighting a social blight that has cast a pall over village society for ages—social boycott has been officially banned in Maharashtra. The law came into place after the due assent of the Pre­­sident last month for the Maharashtra Prohibition of Social Boycott Act, 2015. Under it, members of extra-judicial bod­­­ies like caste and community councils cannot issue decrees for social boy­­cott. The ‘crime’ can invite imprisonment up to seven years and a hefty penalty. The Act focuses on ‘caste panchayats’, meaning that the decision might be linked with quota agitations across the country in the past few years, particularly the agitation that convulsed Maharashtra.

Rescue Of A Jumbo At Sea

The Sri Lankan navy has rescued an elephant from the sea after a marathon, 12-hour-long operation eight kilometres off the island’s northeast coast. In an operation that was hailed as a “miraculous escape”, divers aided by wildlife officials tied ropes to the distressed tusker floating in the sea before towing it gently to shallow waters. The elephant apparently had got swept into the sea while crossing the Kokkilai lagoon that is flanked by dense forests.

This should cause despair to wildlife enthusiasts. At least 25 endangered one-horned rhinos died in the Chitwan National Park, the largest habitat of the pachyderms in Nepal, during 2016-17. While 21 died a natural death, four fell prey to poaching and electric shocks. Rhinos are regularly killed by poachers for their body parts, especially their horns, which are believed to be worth thousands of dollars in the international market. Its horn is considered to have medicinal properties and, at some places, they are used as an aphrodisiac. Hundreds of rhinos were killed during the Maoist insurgency, which began in 1996. According to reports, out of a total 645 rhinos in Nepal, over 600 are at the Chitwan park—one of the most popular tourist spots in the Himalayan nation. 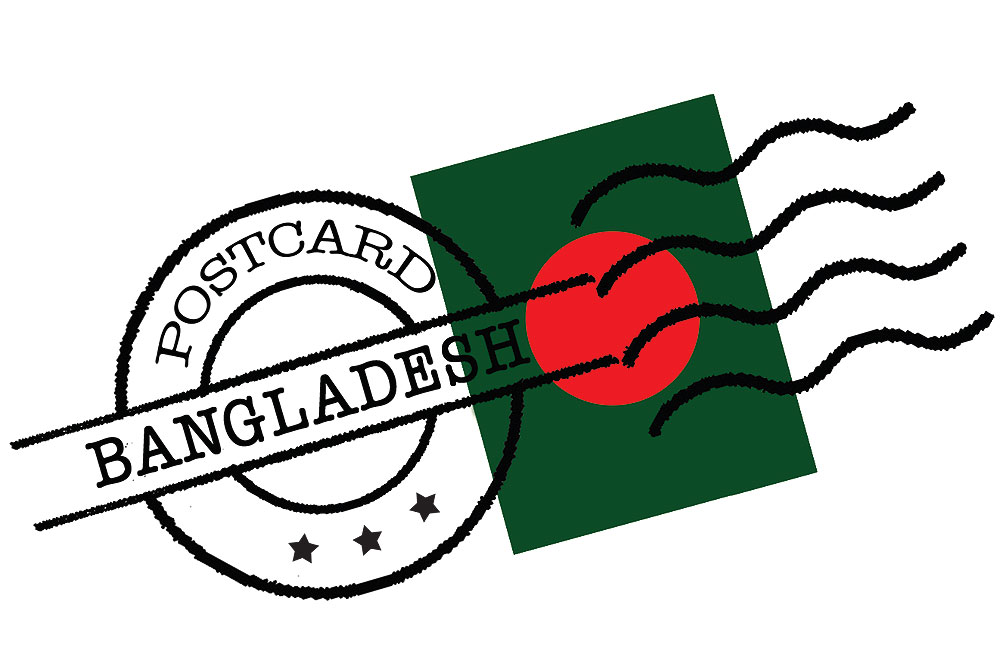 For several years, Bangladesh has enjoyed the second position in the global apparel trade, behind China. But that position now seems to be under threat from Africa.

Paradoxically, it is investment made by Bangladeshi entrepreneurs in Africa in recent years that has created this problem. But extricating itself from this situation seems difficult for the Bangladesh government.

According to data from the International Trade Centre, garment export from 39 sub-Saharan countries together amounted $2. 6 billion in 2016 and is likely to cross the $3 billion mark this year. Much of the advantage these countries enjoy comes from duty-free and quota-free access to goods, including garments to the US under the African Growth and Opportunity Act (AGOA).

African nations’ superb performance in garment exports has greatly hurt Bangladesh’s figures. The AGOA rules are a big draw too.

But this has also been supplemented by Bangladeshi garment exporters who, in order to take advantage of AGOA, have been making investments there—both in joint ventures and individually. Bangladesh will stop getting the benefits of duty free access to markets in the developed and developing world once it reaches the middle-inc­ome group bracket. Therefore, in anticipation of the forthcoming, changed scenario, more than a dozen Bangladeshi garment makers have invested in different African countries, especially in Kenya and Ethiopia.

But now, the African countries’ superb performance has started having an adverse affect on the growth of Bangladeshi garment exports. For the first time in 15 years, it has failed to show even a single digit growth. In the last fiscal year it grew only by 0.20 per cent. This was in sharp contrast to the sector’s growth in the last 10 years—usually a steady 15 per cent each year. Currently, Bangladesh has only earned $28.14 billion from exports, which is much below its expected goal of $ 30.37 billion.

The AGOA nations are making impressive strides in basic garments—an area where Bangladesh has huge concentration, as lower-end products account for more than 75 per cent of the country’s apparel export. The African growth has been so significant in the past few years that experts feel that soon it will become a major global force in this particular area.

There is no government legislation that prevents Bangladeshi businessmen from investing in Africa. Most garment exporters from the country are now making a dash to open shop in the various countries in the continent to take advantage of the AGOA rules that expire in 2025.