Juicy gossip from in and around the subcontinent! 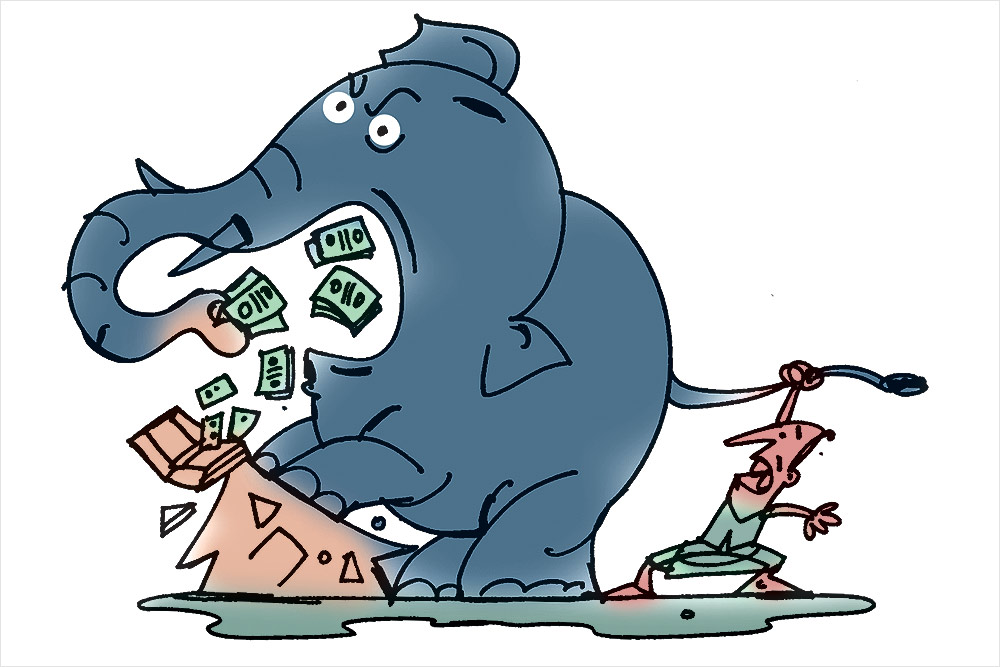 Jumbo Likes It In Cash, Not Kind

This is what one can call the mother of jumbo appetites. A rampaging tus­ker, hungry and hunting for food, swallowed cash worth Rs 40,000 when it could not lay its trunk on anything edible in kind. The elephant demolished a shop at Tarajuli tea estate in Sonitpur district of Assam and devoured the currency notes kept by the shopkeeper for payment to traders. While cash worth Rs 26,000 was in the denomination of Rs 100, the remaining amount was in Rs 10 notes. The elephant, however, did not find the taste of the tenners palatable and vomited out all of them. All the smaller currency notes worth Rs 14,000, soaked in elephant saliva, were recovered by their owner. But there was no trace of the Rs 100 notes, which had probably tickled the taste buds of the thick-skinned marauder. To rub salt into the shopkeeper’s wounds, the forest officials blamed encroachment in the area for the incident. 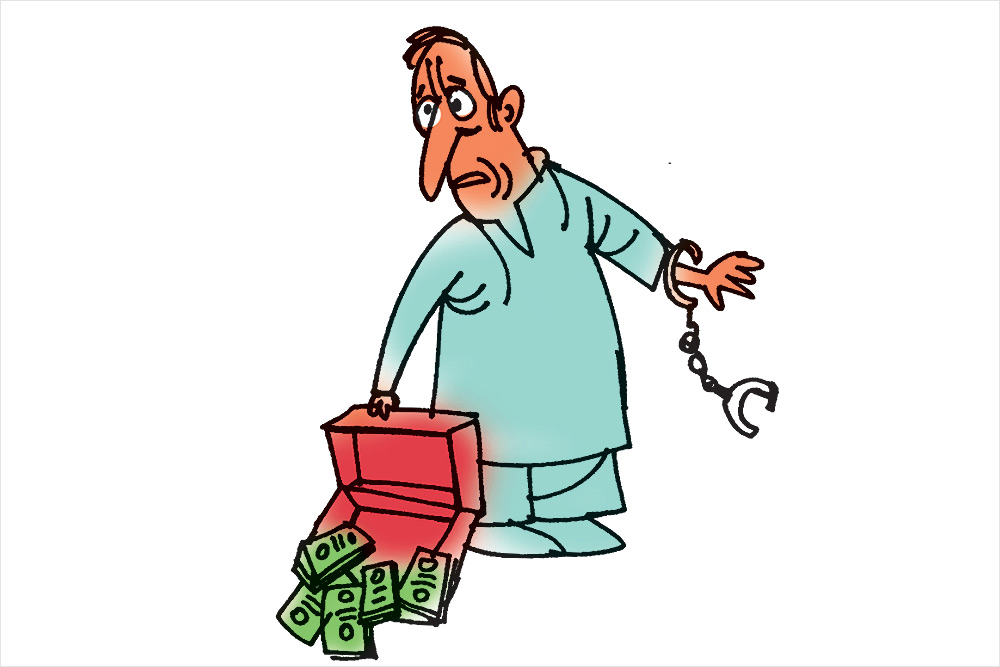 Caught Between Old And New Currencies

The Delhi police had confiscated Rs 5.5 lakh from the premises of Abhishek Shukla, one of the accused, along with former Team India cricketer S. Sreesanth, in the infamous IPL spot fixing scandal, during its probe back in September 2013. After Shukla, the alleged bookie, was absolved of the charges, the police paid him the money earlier this year. Much to his consternation, the cops chose to return the same notes which had been lying in the malkhana of the Delhi police since the seizure. Since all the old currencies in denominations of Rs 500 and Rs 1,000 had been demonetised, they were of no use. Shukla rushed to the RBI to get them exchanged, but was told that he had missed the deadline. Exasperated, he has now moved the SC, pleading that it was the responsibility of the cops to get the currency exchanged into new ones. 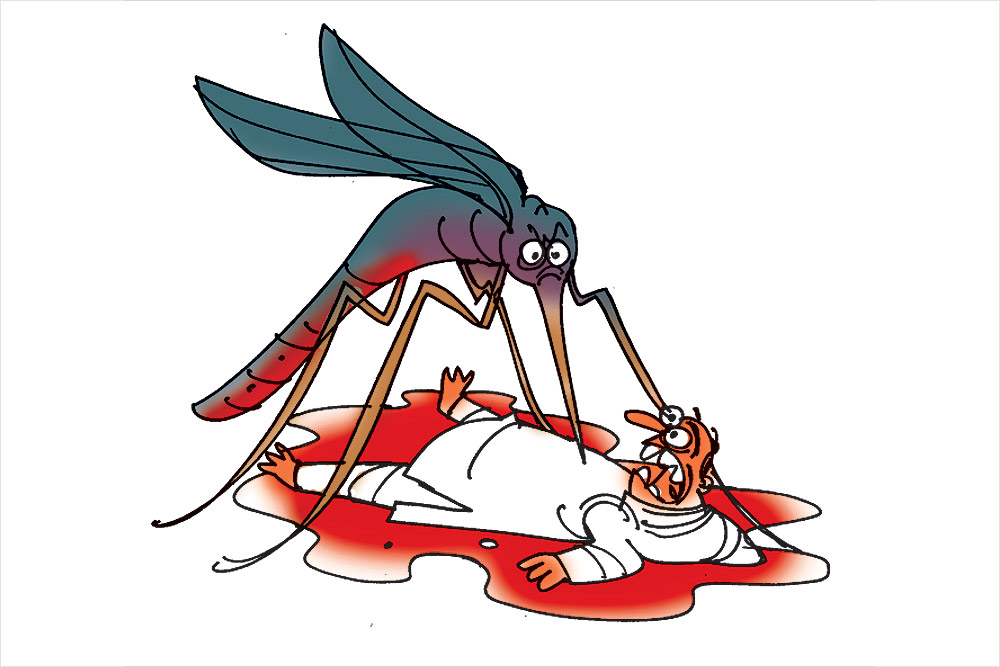 No Respite From Mosquito Menace

Singapore, Sri Lanka and Maldives have been decl­ared malaria-free, but India is among nine countries in Southeast Asia which is still skulking in a mosquito-infested bog. With over a billion people at risk, the Centre had launched a nationwide framework for malaria elimination last year with a vision to be malaria-free by 2027 and full elimination by 2030. The World Health Organisation estimates that India has nearly halved the number of malaria cases between 2000 and 2014, from 2 million to 1.1 million. But, a large number of cases still go unreported. Some surveys say actual cases could be between nine and 50 times greater than those reported by the National Vector Borne Disease Control Program (NVBDCP), and malaria-related deaths could be 13 times higher. 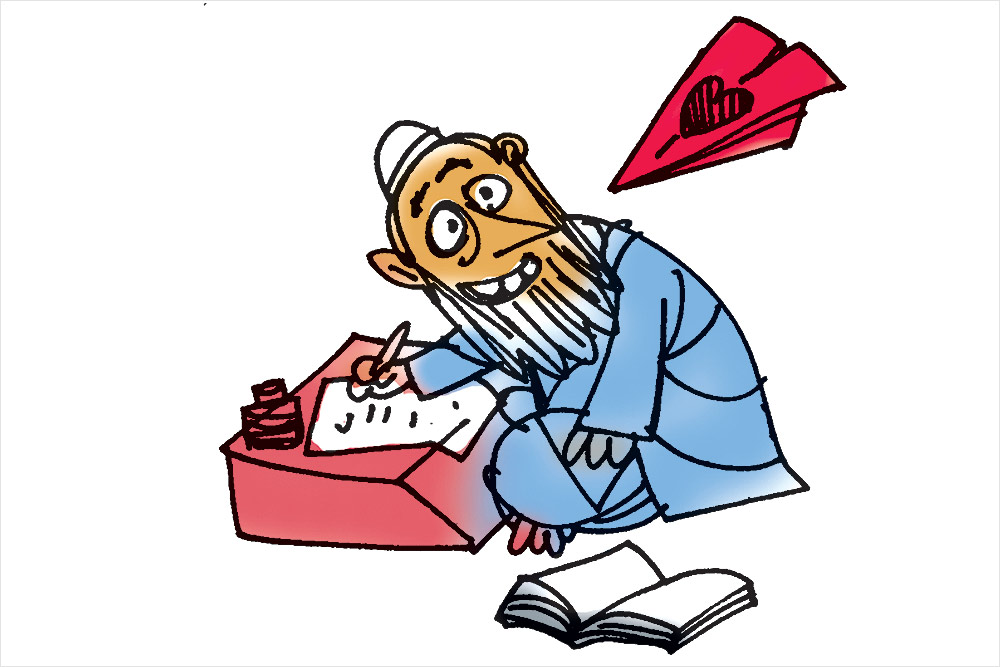 When Kasem bin Abubakar wrote The Blossomed Rose, a tale of two mismatched young Muslim lovers seeking consent for marriage from their families, in 1978, many publishers rejected it, saying “mullah novels” don’t sell in Bangladesh. It took him 10 years to sell it for a pittance, but the novel became a sensation once it hit the stands. Kasem wrote ‘Islamic’ romantic novels—about devout Muslims finding love within the strict moral confines of the erstwhile Bangladeshi society. His novels became a big draw among young girls from the conservative hinterland of Bangladesh. Now, there is a renewed surge in the demand for his novels, as Bangladeshi society appears to be gradually turning into a more conservative society. “Girls write me love letters with ink dipped in their own blood. Some were desparate to marry me,” says Kasem, surprised at the adulation of young women for a greying writer like him. 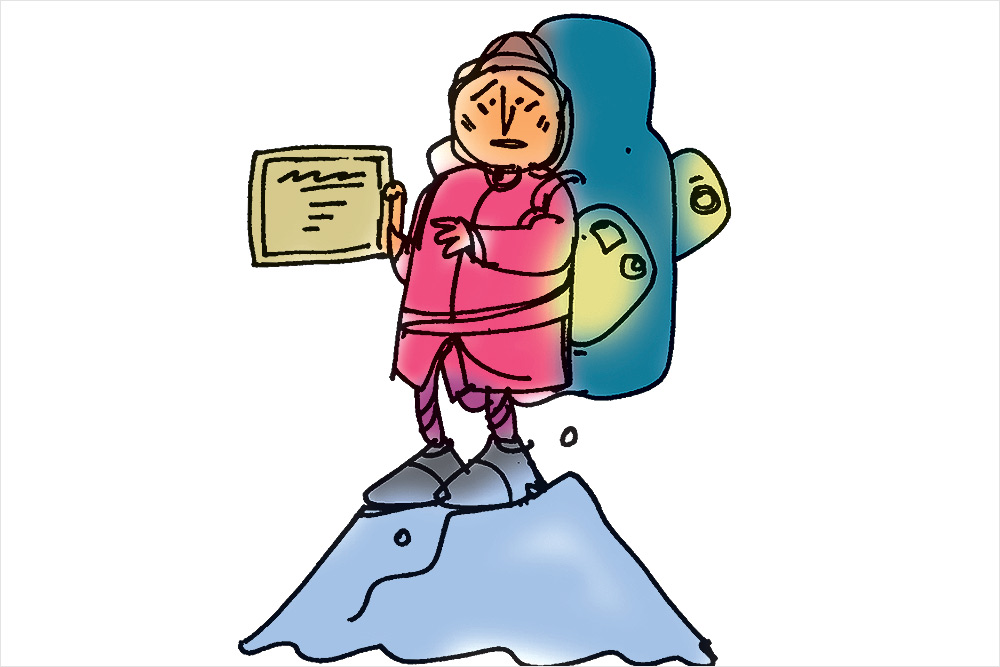 For climbers trying to reach summits of various Himalayan peaks, sherpas are a must. But now, Nepal’s government says that unless they pay royalty, sherpas will not get their ‘summit certificates’. Hundreds of sherpas recently held a protest rally at the Mt Everest base camp, dem­­anding that the government immediately give them their certificates. A five-page memorandum submitted by the sherpas said the government’s “ign­orance was highly deplorable and intolerable.” Hundreds of sherpas climb various peaks with foreign climbers, including Mt Everest, every year.

But a change in the law only acknowledges those sherpas who pay royalty to the government, leaving several others without their summit certificates.

Indo-Pak relations have touched an all-time low following the mutilation of Ind­ian soldiers’ bodies on the LoC. Ironica­lly, this happened within days after the BSF and Pakistan Rangers decided to conduct the Retreat, the flag-lowering ceremony, at the Sadiqi joint check-post in Fazilka district, in the way it’s done at Wagah and Hussainiwala. Till now, a parade was held on both sides of the border at Sadiqi, but now it will be held on the Zero Line by the two forces. The move is expected to increase footfalls of visitors.

Sheikh Hasina’s government may have been hailed for its resolve in fighting terror. But the Awami League governm­ent is being criticised more and more for its anti-democratic tendencies and attempts to meddle in every sphere of administration. Chief Justice Surendra Kumar Sinha recently complained that the government was trying to int­erfere in the affairs of the Supreme Court. He all­eged that every time there were efforts at reforming the judiciary, the government stalled them. While saying that the court would resist such attempts, the chief justice reminded all that independence of the judiciary was essential in a democracy. 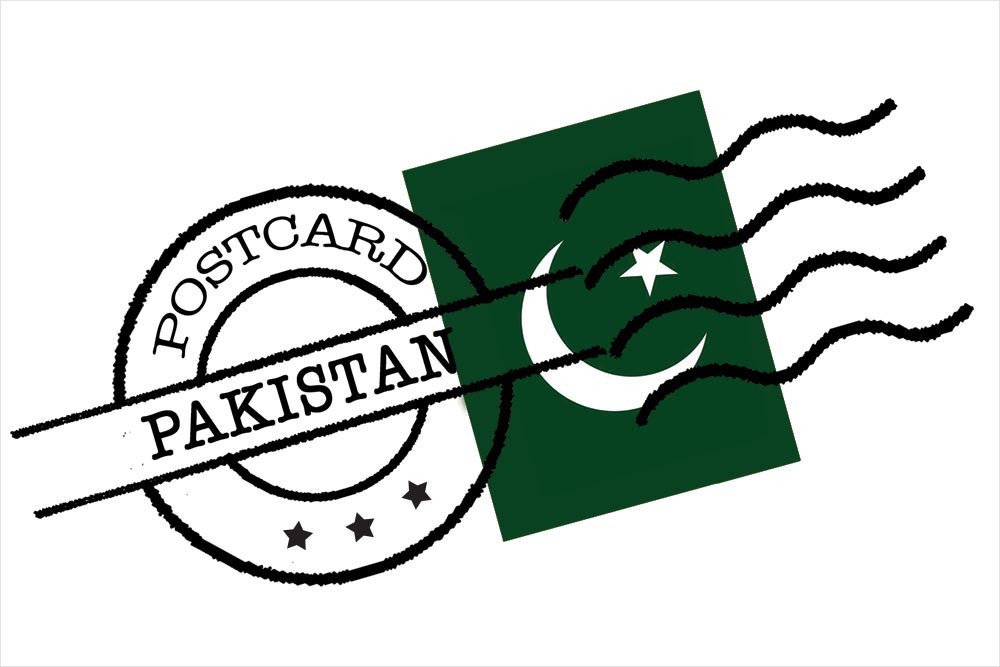 All Channels Are Back

Back-channel efforts have in the past played a significant role in reviving stalled India-Pakistan dialogue. No wonder then, that a recent meeting between Indian businessman Sajjan Jindal and Nawaz Sharif has sparked off speculations that a similar effort could soon be on.

Jindal, chairman of the JSW group of companies had led a business delegation to Pakistan last week and met the Pakistani Prime Minister. Whether it was to find business opportunities or to revive the dialogue, remains in the realm of speculation.

But some Pakistani commentators feel that if the recent meeting between the two does not lead to a revival of the stalled India-Pakistan dialogue, perhaps it would be a good thing for both countries. Like Dawn’s commentator, Moeen Yusuf, who says that the two nations should continue to rely on back-channel efforts instead.

Some Pakistani commentators say formal India-Pakistan talks would be infructuous. Back-channel efforts are the best bet for success.

According to Yusuf, there is a growing realisation in Pakistan and India that a military option cannot be used to resolve the Kashmir issue. Last year’s Uri terror attack and India’s “surgical strikes” sho­wed the limitation of such efforts in forcing the issue. Such terror strikes only give Pakistan a bad name and threaten imposition of sanctions on it, making its policy of dealing with India ineffective and counter-productive. But it also exposes India’s efforts to isolate Pakistan and shows that beyond a point, it doesn’t work.

Therefore, the only way for the two sides to move forward is to look for non-military ways to engage. Communicating with each other is definitely one of the better options. But if they try to convert the effort into a formal dialogue, it would only end in failure.

Yusuf argues that a formal dialogue will create a lot of hype and expectations in both countries. But it would not be able to move far, as the entire process could be derailed by a terror attack from Pakistani soil into India. This, he argues, will invariably create a situation in India where demands will be made to call off the dialogue—thus yet again allowing non-state actors to call the shots.

“The realistic best-case scenario is that quiet conversations persist. To maximise chances of success, the interaction must be conducted purely through the back-channel format,” Yusuf opines in his regular column.

But if one goes by the prevailing mood after the Jindal-Sharif meeting, a formal meeting between the two sides might not be far away.