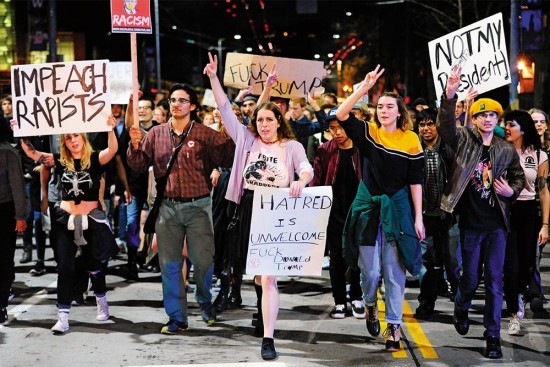 It’s 7.30 am. The Ward Villas polling booth on West Adams Boulevard in South Los Angeles is abuzz with voters who have lined up to cast their ballot. Under the shade of a jacaranda tree outside the booth, youngsters huddle together to discuss a straight-out Hillary win. Giovani Ramirez, a first-time voter, sets his skating board down by the sidewalk. “Hillary comes across as someone who’s clearheaded and empathetic,” he says. “Millennials obviously don’t want a president who will be divisive in this polarised political climate.”

West Adams is a Hispanic neighborhood. And Latinos like Ramirez believe Hillary’s path to victory is sealed.