Builds a gripping narrative. It's all about telling the story in the straight, old-fashioned way... keeps you guessing till the end 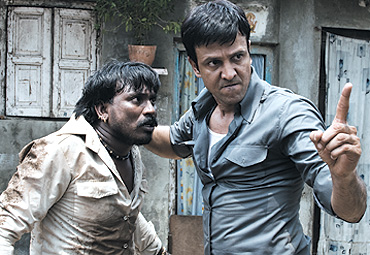 The Stoneman Murders is set in Bombay, 1983, when a serial killer preyed on pavement-dwellers and left behind his mark at every scene of crime. The film tracks a suspended cop, Sanjay (Kay Kay), who is told by his chief to run a parallel investigation into the case. Debutant Gupta builds a gripping narrative. He also gets the ’80s details—from Shekhar Kapur Digjam posters to the Fiat car and ancient black telephone boxes. Even the filming is ’80s style—rough and refreshingly devoid of technical flourishes. It’s all about telling the story in the straight, old-fashioned way. Gupta manipulates the viewers, throws in plenty of red herrings, makes the viewer swing from one suspect to the other to keep the attention away from the real culprit and keeps you guessing till the end.