Home  »  Magazine  »  International  » Timeline »  The Stalemate That Slipped Our Memory

The Stalemate That Slipped Our Memory 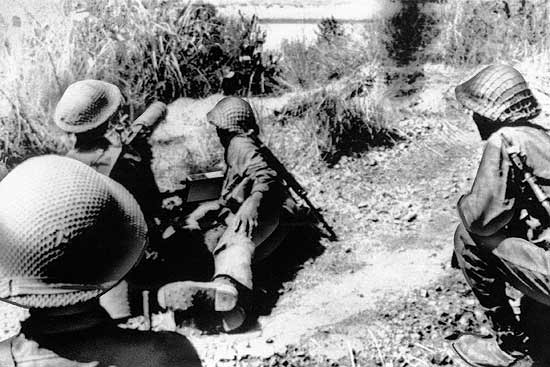 Why did it start?

Pakistan had several reasons to start the war: India’s new PM, Lal Bahadur Shastri, was yet to find his feet; morale of the Indian army was low after the 1962 Sino-Indian war; Kashmiris were expected to rise in rebellion and support Pakistani infiltrators to take control of the Valley; fear of China’s involvement was expected to stop New Delhi from embarking on a full-fledged war.

Where did it start?

It began in the Rann of Kutch, Gujarat, in April but intervention by UK ended it. It restarted in Kashmir and spread to other parts. Became a full-scale war by September.

How long did it last?

Though the war started in April, the full-fledged war lasted for 22 days

Where was the scene of action?

Akhnoor in J&K and Khem Karan in Punjab, though several battles were fought in the west, particularly in the Lahore sector

How did it end?

Give-and-take of the war was very low unlike other wars, before and after, where the outcome was clear and pronounced

Why did Pakistan fail?

Kashmiris did not come in support of infiltrators from across the border, Shastri proved to be a determined and strong leader and India opened the war in Punjab to successfully turn the heat on Pakistan

What was the role of key world powers?

UK: Brokered peace to end armed confrontation at Rann of Kutch in April

US: Angered with Pakistan’s decision to infiltrate in J&K, Lyndon Johnson imposed an arms embargo on both belligerents

USSR: With US busy in Vietnam, Moscow found the space to be the peacemaker with an offer for the Tashkent Conference 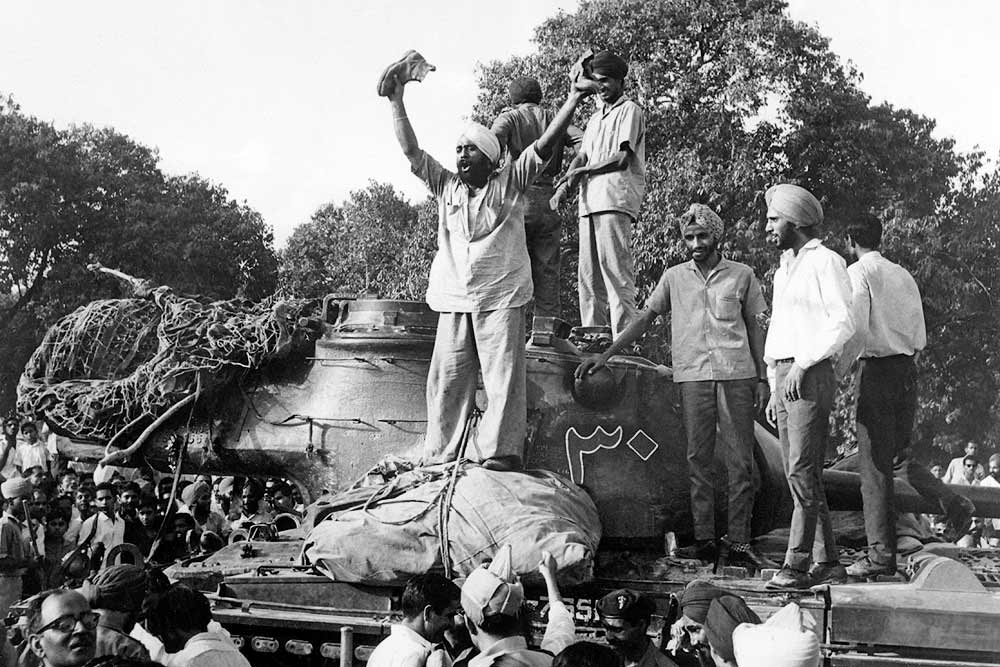 Indians exult over a captured Pakistani tank during the war. (Photograph by AFP, From Outlook 25 May 2015)

War Fare To Feed On