The man’s retired, but Ratan Tata’s still busy as an angel investor 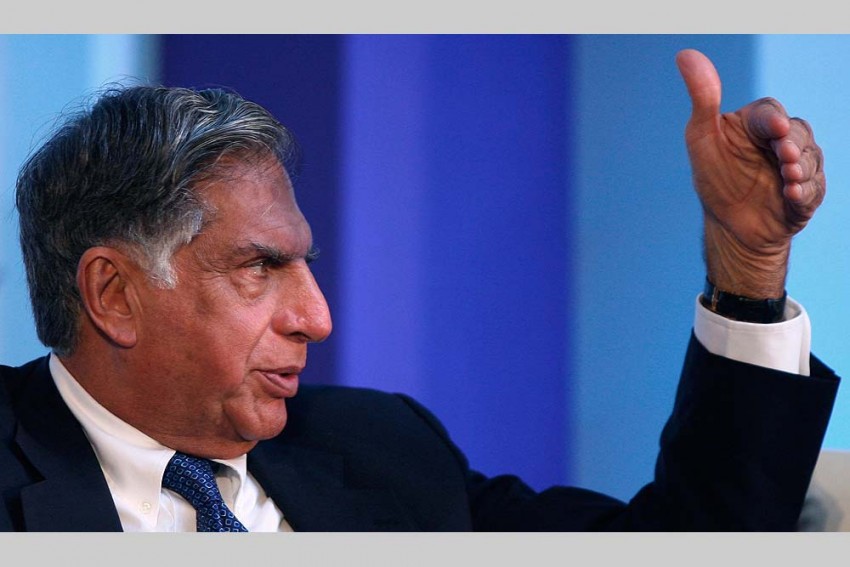 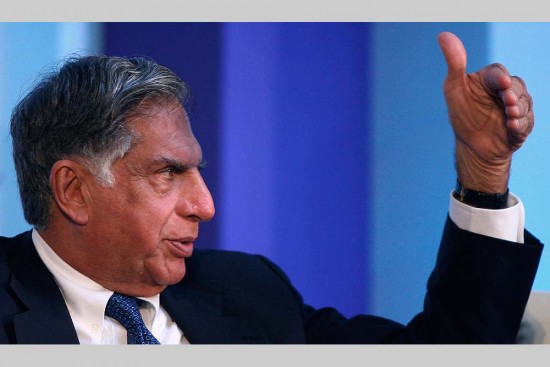 Ratan Tata had announced that post-retirement he would devote much of his time to his first love, flying, and also to taking piano lessons. But he’s been rather busy with other things as well. The 77-year-old chairman emeritus of Tata Sons continues to be a sounding board for successor Cyrus Mistry, and sits in on broader, strategic meetings. He’s directly involved in the group’s airline ventures Air Asia and Vistara. And beyond exhorting people to be “patient” with the Narendra Modi government, Ratan Tata is now building himself up as a mentor, hand-holder and investor in even small companies and start-ups.

Over the past year, he’s made small investments through his personal inv­e­stment company, RNT Associates, in eight small companies and start-ups, most of them in the e-commerce sector and some in areas of business he is fam­iliar with—automobiles, retail, jew­ellery as well as design. Earlier this year, he joined venture capital firm Kalaari Capital in an advisory role. Kalaari has been involved in many companies that Tata has invested in, including Snapdeal and Urban Ladder.

So what’s the deal? Some of Tata’s contemporaries have already scaled this area. Wipro’s Azim Premji already has an active PremjiInvest through which he invests in companies, while Infosys founder N.R. Narayana Murthy set up Catamaran Ventures in 2010 with a similar objective. “Over the years, Ratan Tata has shown that he loves new ideas. And digital e-commerce ventures are the future,” says ex-Forbes editor and co-founder of Founding Fuel publishing, Indrajit Gupta. “Most of these young entrepreneurs could certainly benefit from Ratan Tata’s wisdom,” he adds.

Obviously, it’s a big thing for small start-ups and companies to have the name of Ratan Tata associated with them. It’s like a badge of honour, it burnishes their ventures with a great deal of credibility. Says former Infosys board member and currently chairman, Man­ipal Global Education, T.V. Mohandas Pai, “It is great to have a marquee investor, and that too one like Mr Tata. The brand Ratan Tata works here and will help them get more investment.”

There’s also the fact that the Tata name still carries a lot of weight in the corridors of power and opens many doors. Says Abbasali Gabula, deputy director, S.P. Jain Institute of Management, “The money he is actually investing may be small but start-ups need this kind of handholding to stand in the market. He is putting his buck where the idea is, so he is backing those ideas. Many of these companies don’t have a brand. That is where his name can come in.”

Among his investments is furniture e-retailer Urban Ladder. “His own interest in our firm comes from the fact that he is an architect and relates a lot with design. In our discussions, he’s made valuable contributions on design and global supply chain,” says Rajiv Srivatsa, co-founder & COO, Urban Ladder. He says it is via Kalaari Cap­ital that Tata got introduced to the venture. Outlook tried to speak to some of the other companies where Tata has invested—like e-comme­rce firm Snap­deal—but they declined to participate in the story. As a senior corporate watcher put it, “These firms don’t need to say anything, investors alre­ady know about Mr Tata’s investment.”

So what does Tata get in return? Well, market watchers say these firms would give him a stake at a considerable discount to market value—that’s a delicious investment given that e-commerce valuations are going through the roof in India. Tata’s investments have been cherry picked by him and are in areas that are on the upswing or sunrise areas like e-commerce and the automotive sector which in a way ensures that even his small investment would be protected as of now.

Though the investments he is making are small, he is investing in sectors that are on the cusp of a breakout. E-com­merce is one such sector. Many of his eight investments are in this arena. If one takes a long-term view of the e-commerce sector, the rise of Asia is clearly evident. Out of the top 10 e-commerce companies in the world, almost half are likely to be from China and India.

On the surface, none of the companies he’s invested in has any direct links with the Tata group. But look closely and some possible synergies may be visible. Cardekho.com, an automotive portal, also deals with second-hand cars which can connect well with Tata Motors. Similarly, Bluestone is in the business of online jewellery retail which may work along with Tanishq which is into designer jewellery. Says senior journalist Paranjoy Guha Thakurta, “He wants to be an entrepreneur even post his retirement. So he is getting into the system as an investor and as a mentor for smaller companies.”

Looking at his enormous experience, the government has also appointed Tata as head of an innovation council, Kaya Kalp, set up to suggest ways to turn around the ailing railways. Obviously, the government wants to cash in on Tata’s rich experience of running the diverse Tata Group and bring in innovative ideas to reform the railways. But most of the constituents of the railways and the committee do not seem too enthused by Tata coming on. “We do not have any reservation on Mr Tata’s coming into the council so long as our goals and aims are not disturbed,” says Shiva Gopal Mishra, general secretary, All India Railway Men’s Federation.

On the sidelines of a Snapdeal board meeting, Ratan Tata, the new small investor in the company, reportedly said he was “there to learn”. Manag­e­ment guru Vijay Govindarajan once descri­bed Ratan Tata as the Bill Gates of India.  While this mentoring is great for these small firms, Tata must also be aware of the potential downside. Many experts feel the e-commerce valuations have gone through the roof, and there is a bubble building up in India. That will separate the men from the boys.