Freedom of speech, it seems, is limited to when it serves US interests only—as Al Jazeera shows 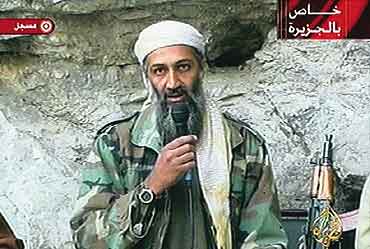 outlookindia.com
-0001-11-30T00:00:00+0553
It was one of the oddest phone calls ever made. US Secretary of State Colin Powell phoned the Emir of Qatar, Sheikh Hamad bin Khalifa Al Thani, to ask for some censorship of the Al Jazeera satellite TV channel which has had exclusive access to Osama bin Laden and his men. The Emir politely declined, citing media freedom to the American leader. It's not every day that a Sheikh can remind an American leader of their First Amendment to the Constitution.

The Americans lost that half of the fight, but partially won the other. The bosses of all the major network channels in the US agreed last week to resist full and free broadcast of bin Laden's views. The reason proferred was that he could be sending coded messages through his speeches. Bin Laden will be silenced now in America but not across the Islamic world.

That presents a major battle to the US-UK alliance against terrorism. Both US President George Bush and British Prime Minister Tony Blair have said they will open new PR fronts to tell people in the Islamic world that they're not so bad after all. "I'm amazed that there's such misunderstanding of what our country is about, that people hate us," said Bush. "I just can't believe it. Because I know how good we are and we've got to do a better job of making our case."

Blair earlier said much the same. "We need to upgrade our media and public opinion operations in the Arab and Muslim world," he said. And went to do an aggressive interview on Al Jazeera to make his point. Bush has been invited for the interview now, and the White House is considering that request. The mountain is going to Mohammed.

The world of television has changed dramatically—and hypocritically—since the Gulf War. When cnn boasted its access to President Saddam Hussein and Iraqis, it was serial scooping. When Al Jazeera does it with another bad guy, it's promotion of terrorism and must be banned. In that divide in the TV world, either you have the story, or you have the morality. cnn and the rest have been left with sermons while Al Jazeera becomes the most talked about channel in the world. cnn is a beggar for its footage, like the rest of the also-rans.

The network bosses in the US have agreed to watch Al Jazeera footage carefully before they air it. The censorious West will now find that it might have to phone friends in the Arab world to find out the other side of the story. If Blair and Bush want to win the propaganda war in the Arab world, they could have hardly made a worse start than encouraging censorship of Al Jazeera.