The Sparks Of Invention

As the market rushes to innovate, policy and infrastructure strive to keep pace 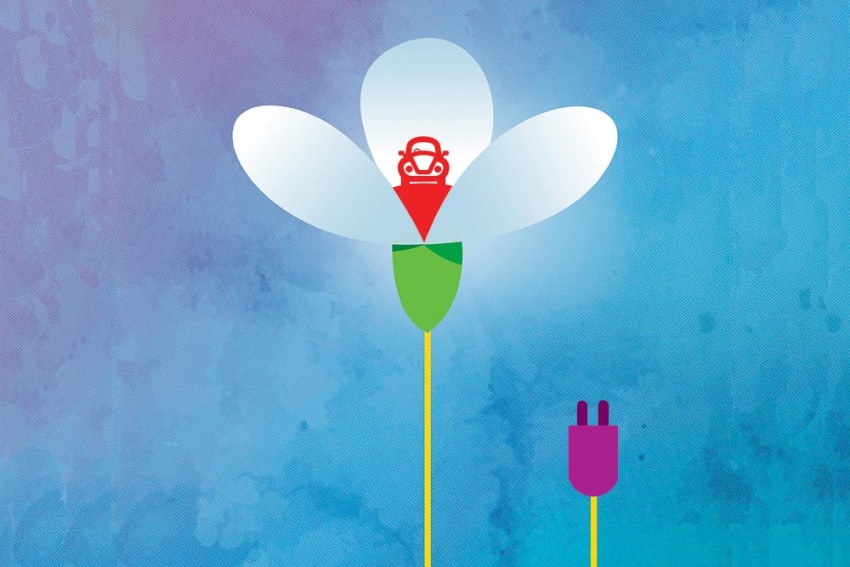 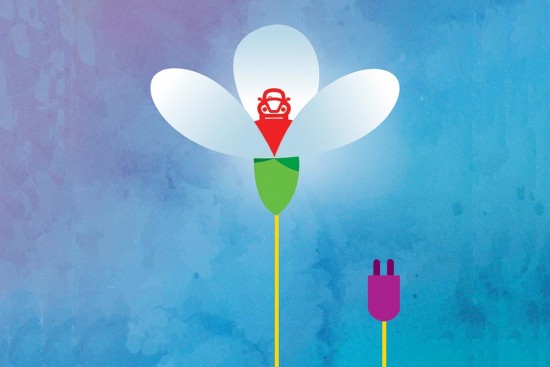 As the lights went out in the ­Tesla factory in California last weekend, and the nightclubs of Palo Alto lit up to celebrate the passing of another busy week for the electric revolution, guess who gate-crashed the party from his headquarters in Malmesbury? None other than the British innovator Sir James Dyson, who revolutionised vacuum cleaning with his iconic, cyclonic motor. Just as his eponymous brand claimed a premium among vacuum cleaners and justified it through scientific evidence, Dyson promises to deliver a ‘radical’ electric car by 2020 – an ambitious target for a company that has an electric motor to drive its business but no chassis or manufacturing plant as yet. But then, it’s a new market and a dynamic one. Anything short of pure magic can be expected in the stride to the first few milestones.

The electric car marketplace is only beginning to be populated, but there is already a motley crowd. Between a web wizard and the genie of housekeeping, almost every automotive brand has a finger in the pie. The fact that Dyson has jumped onto the bandwagon on both feet and with 250 crore pounds (over Rs 21,800 crores) reflects the maverick spirit and undefined state of the market.

Dyson started off by putting his cyc­lone technology to use in cleaning soot from the exhaust of diesel cars. So this project has long been in the ‘pipeline’, figurativ­ely speaking. What has always differentiated Dyson’s product is the power of the motor, and now he is at work on a new one, this time for automobiles. ­Dyson has revealed that his firm’s car would look “radical and different.” That is a good plan. Because, even as ­Tes­la made a difference with its design and techno­logy, many observed that their product still “looked like a car”, which was perhaps the brand’s strategy to keep it in familiar territory. However, Dyson might have to work harder because the definition of radical is no longer an electric car – the domain itself has become large enough to call for differentiation. James Dyson in a ­deconstructed Mini

Before September could disappear round the corner, bigger news was on its way. Mazda Motor Corporation (Mazda), Denso Corporation (Denso), and Toyota Motor Corporation (Toyota) signed a contract to jointly develop basic structural technologies for electric vehicles. Toyota has 90 per cent stake in the venture, which will build on the Prius platform in an attempt to optimise ­development by pooling resources.

Over a century after the invention of the internal combustion engine, ­electrification is sparking a new ­chapter in ­automotive history. According to the Int­ernational Energy Agency, the ­number of electric cars worldwide could touch 150 million or, with a more ­s­tringent approach to lowering ­emissions, 715 million by 2040. The milestone of the first million was passed in 2015. Companies like Nissan, Tesla, Renault, BMW and Hyundai already manufacture electric cars. Volkswagen, Volvo, Mercedes, Honda and Jaguar Land Rover have announced their plans to bring out electric or hybrid versions of their current engines.

Electric vehicles seem to be destiny’s child. Despite the introduction of ­several other technologies such as bio fuels, and the drastic reduction of emissions in ­fossil-fuelled vehicles, the battery has overtaken all competitors. Dyson says he was once interested in developing ­filtration technology to prevent ­vehicle diesel pollution of the environment, but the motor industry was too busy making profits to listen. Now, he would instead join the race to make electric vehicles. A race that screams to every automaker—run or be run over! Automakers – All for Electric

All major manufacturers are easing into the electric module. It is not just a car; it is a commitment to the future of the earth and even a lifestyle that lies ahead. And for companies that have led the race for a whole century and more, the initial shift is the hardest. The first to speak out were Volvo and Jaguar. They issued bold and pioneering statements that placed electrification at the core of their future business. Volvo has declared that every model it launches from 2019 will have an electric motor, while Jaguar Land ­Rover has decided to make only electric or ­hybrid cars from 2020.

Recently, Jaguar announced their new SUV – the all-electric I-PACE Concept. Audi’s e-tron SUV is scheduled to roll out of its Brussels factory in 2018. ­Volkswagen has announced massive plans and a budget to match till the year 2030. 2000 crore euros (over Rs 1.5 lakh crore) have been set apart to develop its battery powered vehicles. Genesis, Hyundai’s newly formed luxury subsidiary, unveils its vision through concept cars like the GV80 Concept, which is the brand’s first interpretation of a ­versatile luxury SUV that runs on a plug-in ­hydrogen fuel cell powertrain. Mahindra & Mahindra – the manufacturer of the only two electric vehicles in India - has partnered with Ford in areas including electrical and autonomous technology, and is looking for a joint venture partner in China. Audi India is ready to launch an electric car by 2020, while Hyundai is now favouring an electric car over hybrids. The next generation of Nissan Leaf is exploring India on a test basis – which could be just a short distance away from its launch. The dates for the launch of Tesla’s Model 3 are still undecided but once the part sourcing ­issues are tackled, the much-awaited ­vehicle should reach Indian shores.

Electric vehicles are largely about ­environment. Ironically, their growth in a market is also heavily dependent on the economic environment and gov­ernmental policies of a country. As countries and regions around the world adopt increasingly stringent policies to help reduce greenhouse gases, a collective journey with shared responsibilities is taking shape. Just as automotive manufacturers are expected to help in the building of the infrastructure and inv­esting in the groundwork of what will evolve into their own business market, policy ­makers play a role in creating an encouraging environment for the public.

For instance, China is asking manufacturers of fossil-fuelled cars to make zero-emission or low-emission vehicles at least 10% of their total volume by 2019. Both France and the UK have ­announced their intention to shut down the sale of petrol and diesel cars by 2040. Norway intends to do the same as early as 2025. The Netherlands and Germany are contemplating similar plans. The Chinese policy is likely to affect the automotive market even more than the European one, because nothing could be more coercive for automakers than a paradigm shift initiated by the largest automotive market.

Traditionally known for its love for luxury cars with large engines, the United Arab Emirates is now ­incentivising those who choose ­electric cars by exempting them from toll, parking and ­charging fees. The UK has supported its ­announcement with a £1 billion fund for low-emissions cars, one tenth of which has been earmarked for the country’s charging infrastructure.

Exemplifying the partnership ­between governments and automakers, ‘The Electric Mobility Showcase’ programme in Germany is a joint ­initiative of the German government and the automotive industry. It aims to find the usage patterns of customers, ­available charging points and ­commercial viability so that the extent and ­duration of subsidies and infrastructural changes may be planned. The Mahindra e2o, or REVA NXR, at a charging station.

India’s electric vehicle policy drive builds on the basic groundwork that has been completed under the government’s Faster Adoption and Manufacturing of (Hybrid &) Electric Vehicles, or FAME India scheme, especially in the areas of technology development and ­charg­ing ­infrastructure. The ­government’s ­ambitious plan for a mass shift to electric vehicles by the year 2030 ­includes seve­ral key initiatives such as not ­requiring permits for commercial electric vehicles, setting up fast charging ­stations by ­state-owned power utilities, and a scheme to have charged batteries ready and waiting for e-buses at depots across all the main ­metros.

Earlier in September, Union minister Nitin Gadkari called for the industry ­either to accept change or be prepared to get bulldozed by it. “For pollution, for imports, my ideas are crystal clear,” he states, leaving little room for doubt. ­Gadkari also issued assurances regarding charging stations and the government’s intention to have an explicit pol­icy on electric vehicles in place soon. PM Modi’s government’s policy planning body NITI Aayog is working on a blueprint that will convert the Indian ­market into an all-electric one before 2030. Once the juggernaut is moving, the ride is bound to get smoother. Gadkari justifies his confidence by pointing out that batteries have become cheaper by 40 per cent, thus lowering some of the hurdles that lie in the path of electric vehicles. In India, the issue is not purely environmental but economic too. Pollution is there for everyone to see and breathe, in ­cities like New Delhi and Calcutta, but the minister also highlights the dark ­economic side of the issue: an import bill that stands at Rs 7 lakh crore per ­annum, dragging the economy back by its wheels. India has no choice but to skate on electric shoes.

Charging: How Far, How Quick

While long-term goals are noble, how quickly people adopt a new techno­logy depends largely on the immediate benefits, its coolness quotient and the factors that facilitate the least ­resistance: cost and convenience. In real terms, this translates into subsidised pricing, a waiver of taxes and tolls, and of course accessible charging points.

India has around 100 charging poi­nts, most of which are in cities like ­Bangalore. The charging time for an e20Plus is around 90 minutes – using an equivalent of a supercharger - or 9 hours at home using a 15 amp charging port. While its proposed range of 140 kilometre could be somewhat sufficient in the distance-conscious Indian market, the range anxiety sets in once you decide to drive beyond the city limits.

The journey of electric cars is rapidly picking up pace. The transition from all-fossil to all-electric may best be ­handled by hybrids, which provide a ­convenient bridge between the two. However, innovation is the buzzword in the all-electric universe.

Dyson is already working on two ­solid-state batteries, which, unlike the lithium-ion batteries used in ­smartphones, do not contain liquids. They are supposed to be safer and can hold charge longer. Japanese auto firm Toyota also aims to have cars with ­solid-state batteries on sale by 2020. Nissan is fine-tuning its own hybrid technology that it calls e-POWER. It uses a petrol engine to charge its battery and drive the electric motor, so that the wheels are completely driven by the electric motor. It is also working on the SOFC (Solid Oxide Fuel Cell) vehicle. Meanwhile, Volkswagen is trying to ­secure as much cobalt as ­possible to produce innovative batteries for the decade ahead. Altogether, electric vehicles are certainly creating a buzz!

Pros And Cons Of Electric Vehicles