‘The Smartphone Cannot Be Shut Up’

Academic and strategic thinker Kanti Bajpai on the use of smartphones in classrooms. 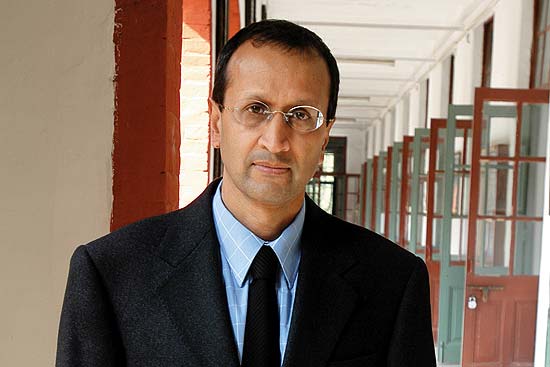 Academic and strategic thinker Kanti Bajpai has taught at leading universities—including M.S. University of Baroda, JNU, Oxford University and, currently, the National University of Singapore. Before that he has also been headmaster at Doon School for six years. Excerpts from an interview with Pragya Singh:

What can we do to control overuse of smartphones?

The understanding in academia now is that the smartphone cannot be shut up. I’m not sure we can ask students to put them away or turn them off, on any university campus. We had a debate about this at NUS and some felt there should only be students and teachers in a class. Others felt this would be impossible—students are recording lectures, they are pulling down relevant links from the internet, they may pull out documents or research that contradicts what’s being taught. The general view is that they are pulling up something that’s engaging and relevant but even if they are pulling out contradicting stuff, what’s the harm?

So much the worse for them. I have noticed that the students are on average moving in and out of both things—quickly taking down the same Youtube video I am showing or contradictory material, or they get something from a friend, say a tweet or Facebook post. It’s open season.

“If students—each with a phone—are not grabbed by your lecture, it’s too bad for you.”

They do take pictures and they end up with so much digital material at the end of a class that they must have a lot to take in when they’re back home. If they don’t end up processing it all, well, too bad for them. Most people here are tolerant of this practice, drawing the line only perhaps at the phone that rings in the middle of class and when the student answers that call.

It is a university lecture we are talking about here and there isn’t much sense in policing. There would be, first, a student reaction and then they have a point: their smartphone is like a tablet PC, as they tell us. I taught in JNU before the laptop/PC revolution, before the PowerPoint revolution, but even in India, I imagine that the students of an IIT and so on are quite inseparable from their devices.

Is the smartphone making us dumber?

I am a bit sceptical if the smartphone will make our students sillier, for, aren’t there a billion things that we can and did do, such as passing chits, day-dreaming, or putting a novel between the pages of our book and reading that instead of text books? If your student is not grabbed by your lecture, it’s too bad for you.

That Ping In Your Head