Vigilante justice. Can anything justify it? 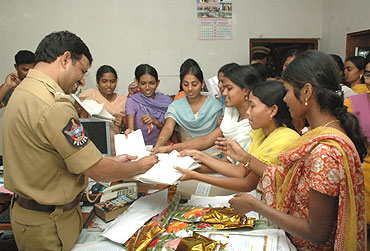 The attack led to state-wide outrage as evidence of police inaction trickled in. Apparently, Raju had turned up at Swapnika's house about 20 days earlier with a bottle of acid. The girl's father, K. Devender, had even lodged a complaint. "The police asked me if Raju had left. They then dismissed me, telling me to keep my gate locked," he recalls. The response was shocking, considering that on October 5 they had actually arrested Raju for setting Devender's moped on fire. He was later released on bail. 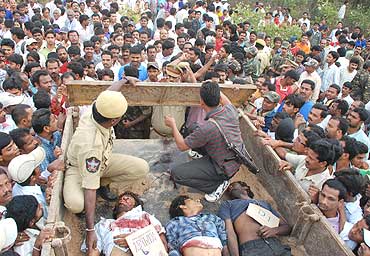 Acid to ashes: Bodies of the assailants