The trail that has emerged from the CBI probe into the Judeo scam is leading up to the Jogis, via a TV channel 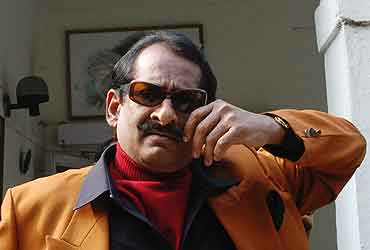 The spotlight is now on the two brothers, Rajat and Rohit Prasad, who run RR Financial Consultants in New Delhi. Rajat was a director while his brother was the CEO of Akash, a Raipur-based TV news channel, till early this year. Incidentally, the registered office of the channel on Delhi's Asaf Ali Road is also the address of RR Financial Consultants.

IB officials suspect the Prasad brothers, and some of their employees at the Raipur office of Akash Channel, made copies of the VCD and distributed them to the press. "It's an inescapable fact that when we file the chargesheet, the motive for the sting operation will be brought out," says CBI's additional director Vijay Shankar. He also told Outlook that it would be extremely important for the investigating agency to ascertain how the VCD reached the media.