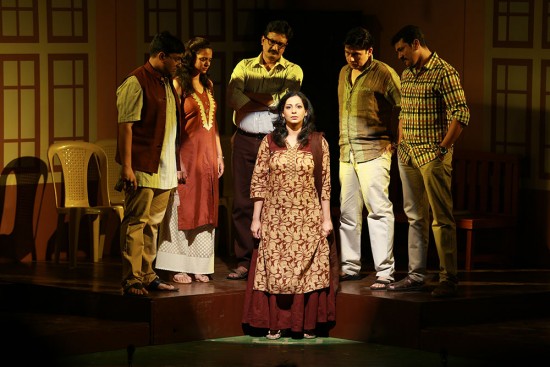 A treat for theatre lovers, the Pratibimb Marathi Natya Utsav is back in its seventh edition. The five-day festival, which showcases the best of contemporary works, will present new plays by renowned dramatists. The programme is a mix of themes and styles, each performance followed by a discussion with the cast and crew. This year, the Utsav will open with a play by Mihir Rajda, Don’t Worry Be Happy—a story of an urban couple and their marital strife, served with a hint of humour. Scheduled day two is Tarkachya Khunteevaroon Nisatlele Rahasya, the story of a boy obsessed with finishing a mystery story left inc­omplete by his uncle; Tichya Aaichi Goshta, Arthat Mazya Athavanincha Phad, the story of a lavani dancer; and Me, Pandurang Sangavikar, a representation of Dr Bhalchandra Nemade’s Kosla and Dekhani. The following days will have Vipul Mahagaonkar’s play Khidki, based on Dario Fo’s Accidental Death of an Anarchist, followed by a dramatic retelling of Ram Ganesh Gadkari’s Ekach Pyala, a famous early 20th century Marathi play, as Sindhu Sudhakar Rum Ani Itar. It all ends with a Marathi adaptation of a Gujarati play written by Madhu Ray—Ha Shekhar Khosla Kon Aahe? Aug 5-9, Experimental Theatre & Godrej Dance Theatre