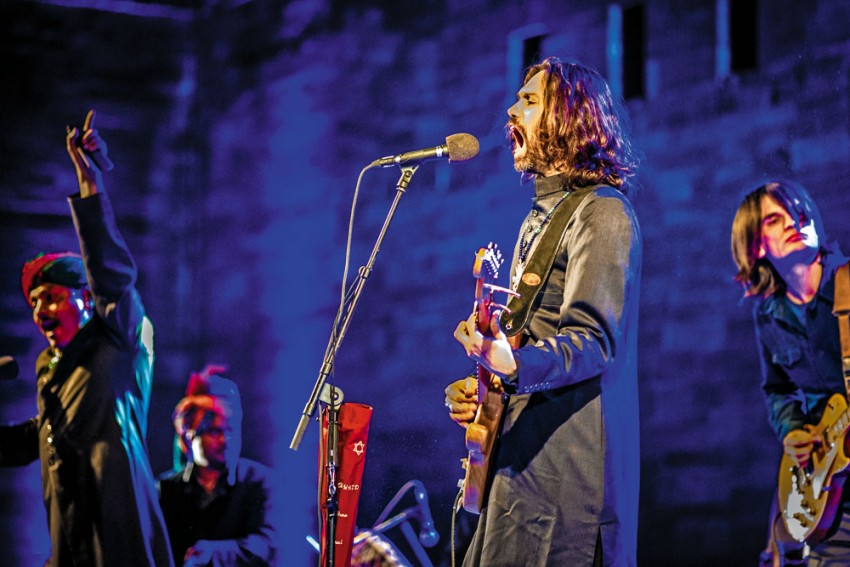 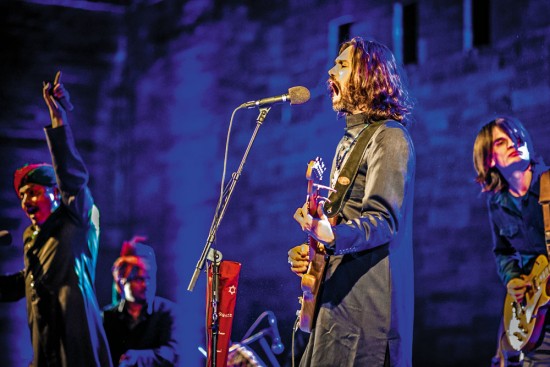 Jodhpur Music
Notes Between The Lines

It is the tenth World Sacred Spirit Festival, which will make a pit-stop at Nagaur, before settling on Jodhpur. It is also your chance to experience the spiritual in one of the grandest settings possible—the Mehrangarh fort, which swoons on a cliff towering over the city. Conceptualised by popstar Sting, the festival has been known for presenting Sufi music for some time now. As has been seen with past editions, the line-up boasts a fair amount of pedigree. International music is well represented, with artists like Driss El Maloumi from Morocco, Epi from Mongolia and Sheikh Yasin al-Tuhami, one of the finest exponents of Sufi music, from Egypt. And the Stelios Pet­rakis Quartet from Greece will be bringing along the profound beauty of Cretan music. Also, look out for Tamango, a French-Guyanese dancer-musician-painter who will conjure up notes through his tap-dancing. Homegrown attractions include sarod maestro Amjad Ali Khan with sons Amaan and Ayaan and children singing folk tunes. Feb 22-24, Nagaur Fort; Feb 26-28, Mehrangarh fort, Jodhpur 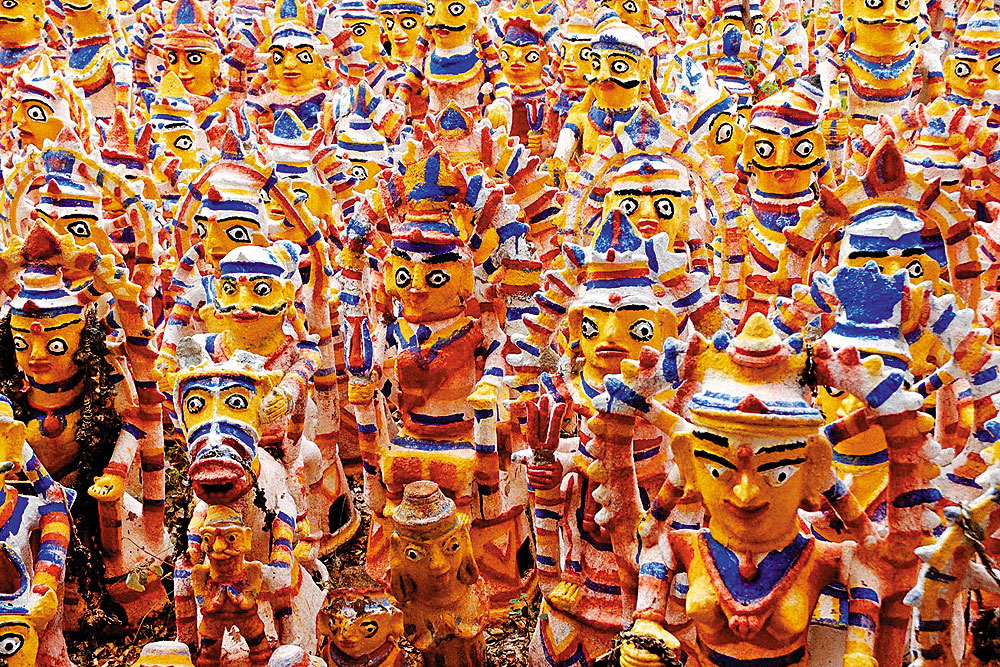 Making its way to the shores of Chennai is a photography exhibition titled ‘From Earth to Earth—Devotion and Terracotta Offerings In Tamilnadu’. It showcases the work of photographer Julie Wayne, who has spent over ten years exploring the lifestyle of people in Tamil Nadu who worship Ayyanar—a deity who is revered by many Indian and Sri Lankan Tamils and is known to protect villages. Every April, villagers present the god with offerings that they make out of terracotta; preparations for the festival begin around the time of Pongal. Wayne has been to over 50 such festivals across 70 Ayyanar shrines and provides insight into how the terracotta figurines are made and their journey from the potter’s wheel to the deity’s feet. Though it is a declining tradition, Wayne seeks to preserve it for posterity through her photographs. Till Feb 28, Dakshina Chitra 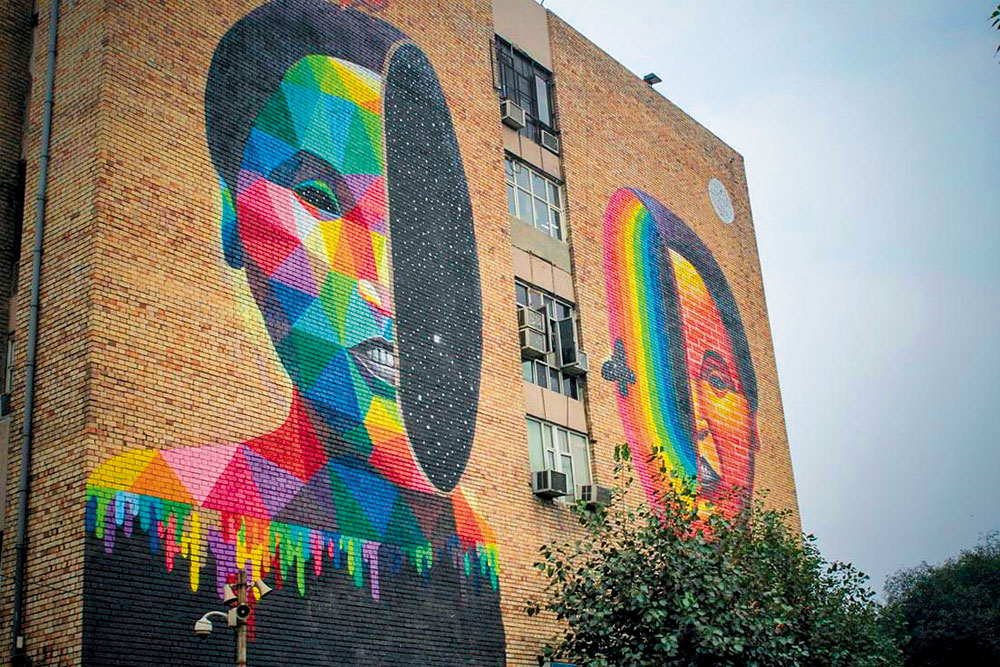 It is probably one of the largest street-art events ever to hit the city.  WIP-The Street Art Show is setting up base at NCR’s largest dry port, the inland container depot at Tughlaqabad. Showing us that art can be found in places that you’d least look at, 25 national and international artists will lay out their creations on a canvas comprising 100 shipping containers. The organisers aim to make art more  accessible to a wider  audience by bringing it out of conventional gallery spaces. In this initiative  by ST+ART, the entire area is set up to be a  31,200 sq ft. walk-through installation.  Till Feb 28, Inland Container Depot, Tughlaqabad 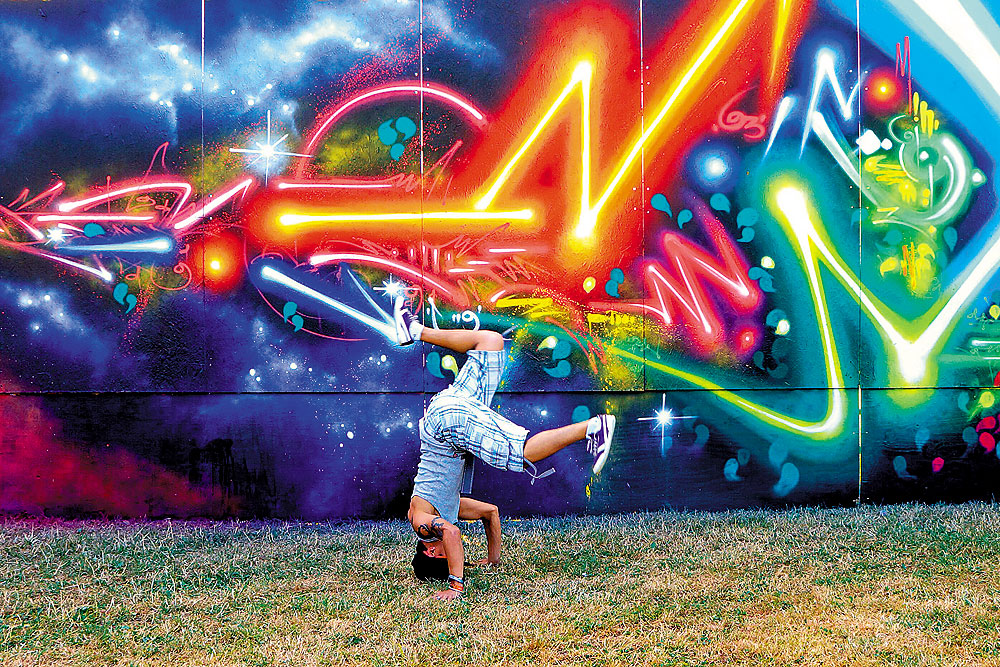 French light-artist Marko’s experiences from 10 Indian cities is the INS­piration for ‘In light we trust’. The 42-year-old Parisian is a master at mani­pulating light and capturing them in frames like on a painting. This is a selection of his murals and light-paintings he painted in India.  Till Feb 29, Alliance Francaise De Bangalore