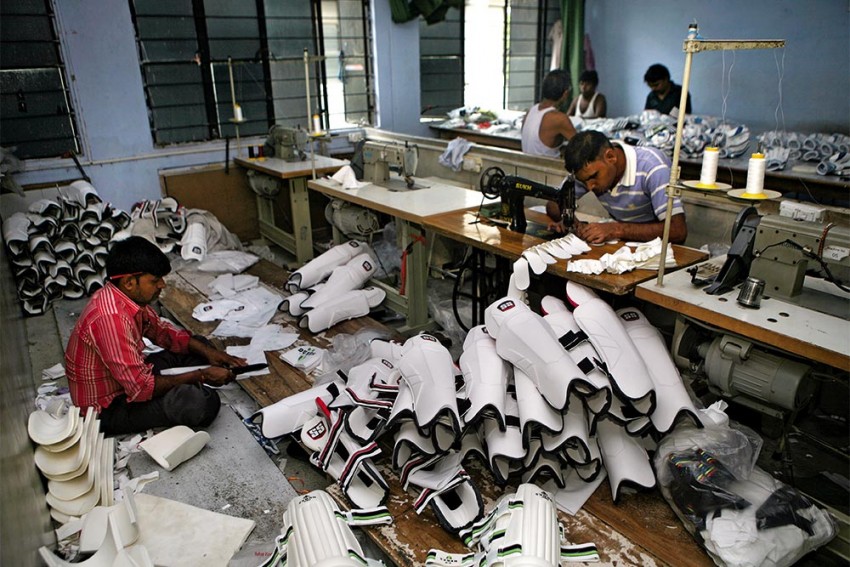 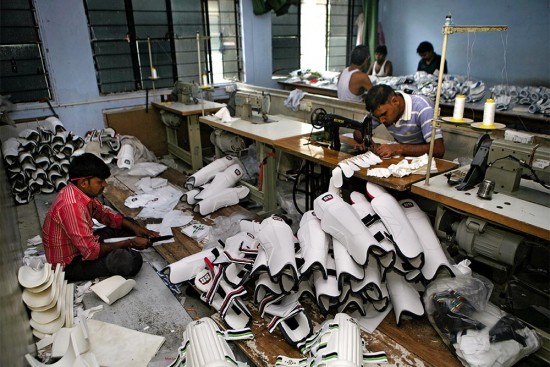 The curfew in Kashmir has knocked the bails off the wicket of cricket bat makers in faraway Meerut. Most Indian bats are made of willow from Kashmir, besides the premier English willow imported from the UK. But the long curfew in Srinagar and its adjoining areas has stopped the supply of the willow to the sports goods industry based in Jalandhar and Meerut, hitting the production of bats. 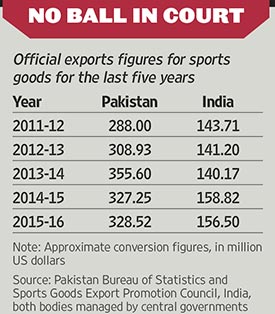 The Jammu & Kashmir government’s ban on raw willow going out of the state has been in force for well over three decades. And now, the supply of semi-finished bats, which were being sent to the other parts of the country, has also been stopped due to the unrest in the state. India is the global leader in producing bats and exporting them and the stand-off has affected leading manufacturers like Sanspareils Greenlands (SG), B.D. Mahajan & Sons (BDM) and Sareen Sports (SS). But the present willow woes are only a part of the problem for the sports goods makers. As in Kashmir, the thorn, here too, is Pakistan. For many years now, Pakistan has been exp­orting more than double of what India does. According to data compiled by the Pakistan Bureau of Statistics and India’s Sports Goods Export Promotion Council (SGEPC), Pakistan’s export figures for sports goods have been much higher than those of India in the last five financial years, starting 2011-12 (see graphic).

Rakesh Kohli, chairman of Stag International, leading makers of table tennis tables and rubber products, says that Pakistan’s figures also included sports apparel, which is not the case with ­India. “Besides, you must also take into consideration the economic situation of the two countries and the labour charges while comparing the exports,” he says. Nonetheless, Pakistan is far ahead of its neighbours, largely due to its undisputed global leadership in exporting footballs. It is also true that India has a much bigger domestic sports market, but, manufacturers say, there’s no data of the Ind­ian­ domestic market because about 60-70 per cent of the industry is unorganised.

The poor show by Indian sports goods makers is due to the government’s apa­thy towards the industry. “Pakistan is ahead because of many reasons. Sialkot was the original base of manufacturing before the partition. Hence, skilled lab­our is still available there along with the availability of leather,” says SGEPC. exe­cutive director Tarun Dewan. Pakistan’s industry is flourishing due to several reasons, inc­luding government patronage and support. “The quality of Pakistani goods is better. The backbone of the ind­ustry is the production and export of footballs, which makes up the majority of sports goods exports,” says Tanveer Akhtar, a senior sales representative working for leading companies like Ishan Sports and Awan Sports from Pakistan. 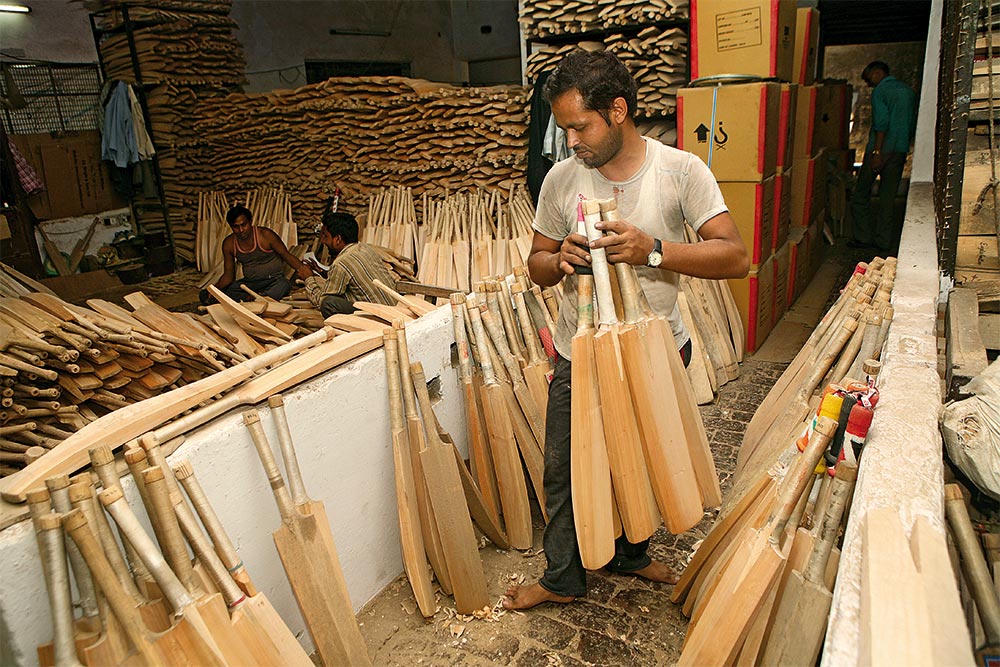 Bats being produ­ced at the BDM factory in Meerut

Awan produces about six million hand sewn footballs every year. Football production shot up by 4.26 per cent in value and 16.78 per cent in quantity in 2015-16. “About 38 million footballs were exported in 2015-16. In every home in Sialkot and the villages around it, families stitch footballs. It’s such a big industry,” says Akhtar.

BDM director Rakesh Kumar Mahajan attributes Pakistan’s dominance to ‘skilled labourers’. He goes on to list the problems the Indian industry is facing. “There’s no move by the Indian government to train labourers. There are also infrastructural problems, for instance, there’s no airport in Meerut,” says the Meerut-based Mahajan. Several manufacturers in Meerut complain of unnecessary hassles posed by successive UP state governments, despite it being a free industry. The other major concern is the high exc­ise tax on certain items like helmets, kitbags, apparel and shoes. Moreover, industry insiders say there is rampant corruption in the excise department with which the industry has to deal with regularly for imports.

Vineet Sareen, marketing director with SS, cites a specific case to illustrate the problem. The central excise officers separated gloves, mainly batting gloves, in the rulebook for the sports industry. “We moved the Allahabad High Court and won the case this July,” he says.

“Another problem is the expensive raw material such as leather, the price of which is always on the rise,” says Trilok Anand, commercial director with SG. Anand says SG, the largest manufacturer of bats in India, usually produces 1,000 bats daily under normal circumstan­ces, but in the last two months, the output has gone down, since the supply of willow from Kashmir has stopped. “Also, our industry is capital-shy; we are afraid of investing in technology,” he adds. Manufacturers also complain about ‘unjustified’ import duty on raw material like English willow from the UK, polyurethane (used inside gloves etc.) from Pakistan and cork (used inside cricket balls) from Portugal.

To add to this, massive dumping of sports goods from China is an ­issue. “China has already captured the ­Indian sports goods market. Many markets, like Sadar Bazar in Delhi, are flooded with Chinese goods like badminton, lawn tennis and squash rackets, ­table tennis tables, footballs, shuttlecocks and clothing. They are routed via Singapore and Hong Kong,” says Mahajan.

For the moment, everyone in the Meerut sports goods sector is keeping a close eye on the situation in Kashmir. Even when the supply of semi-finished bats resumes, the ban on supply of raw willow clefts would continue. In about three decades, the only time it was lifted, for about two years in the early 2000s, was when exporters were given a limi­ted quota. “Availability of willow clefts is easy in Pakistan. In India, Jammu and Kashmir has put a ban on the movement of willow clefts outside the state. We have to depend on imported English willow,” points out Dewan. Clearly, the des­pair is not only among Indian sports women­­ and men, who complained of poor infrastructure, lack of funding and insensitivity after the Rio Olympics. It is present among sports equipment makers as well.

By Qaiser Mohammad Ali in Meerut

The Jane Theory Of Time