The Shruti Ever Endures

No song ’n dance routine, the chosen traverse continents and cultures for their music 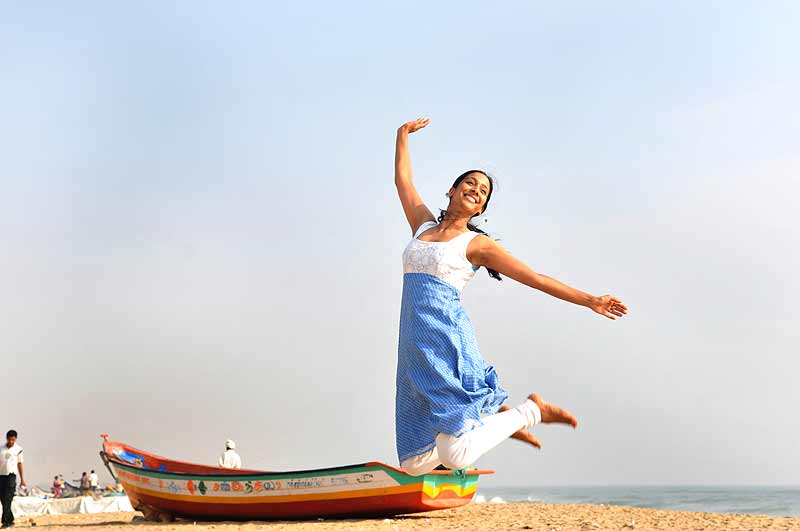 It was the summer of 2002. The famous Cleveland Thyagaraja Aradhana, the largest Indian classical music festival outside the subcontinent, was celebrating its 25th edition. Among the final performances was that of Chennai-based classical vocalist T.M. Krishna. One of the thousands attending was 16-year-old Vikram Raghavan. Like all ‘good South Indian kids’ who grow up  overseas, especially in the US, Vikram had been initiated into Carnatic music early. “To be utterly  honest, though, back then, I wasn’t really serious about music,” Vikram admits.

The morning after his performance, Krishna presented a lecture-demonstration that, in Vikram’s words, ‘blew him away’. “I used that platform to ask Krishna directly—as he stepped off the stage—if he would ‘please teach me music’. To which Krishna replied, ‘Of course. Meet me when you come to India’.” In June 2003, Vikram returned to Chennai, his hometown, and started learning under Krishna’s tutelage. At the time, Vikram says, his musical repertoire was very limited. He knew a handful of kirtanams and only about 15 varnams. 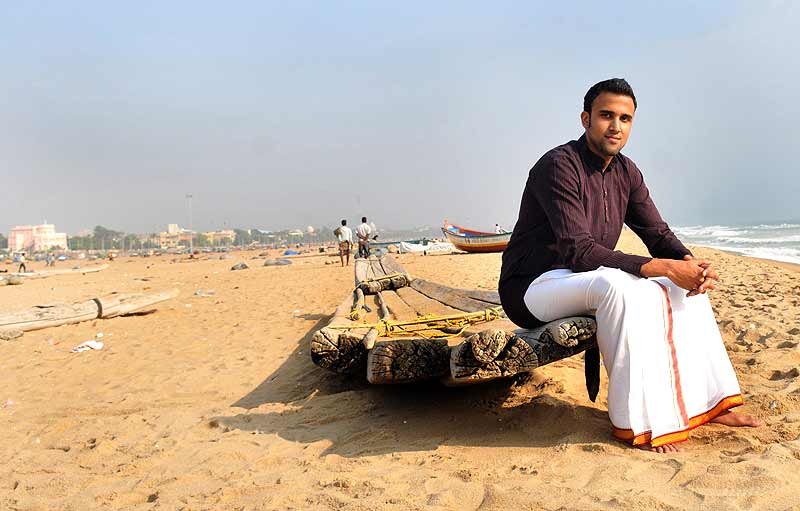 "I know that I want to improve my music and my technique. And I know that Chennai is the place where that is possible."

Every year since, Vikram has made the trip to Chennai to learn and basically constantly “be around Krishna; both on, and off the stage. If I wasn’t in class, learning, I would be travelling with him, watching him perform.” In time, music became a constant in his life. “When I was done with college—a double degree in engineering and business—I realised that to scale up my music, I had to be in India. So, I opted to work at an organisation that had a set-up here,” says Vikram, who works as a business consultant.

Making the move to Chennai is not without challenges. Slow career progression, loneliness and stress can exact a toll.

Not far from Vikram’s Chennai residence is Sandeep Narayan, also a classical vocalist, who was born and raised in the US Bay Area but shifted to the mecca of Carnatic music six years ago with a singular objective: to learn and grow his music. He was guided by his mentor of 10 years, the talented vocalist Sanjay Subramaniam. “In a way, Sanjay and his wife planted the idea in my head,” Sandeep says, of his big move that came, initially, with a host of challenges and several moments of frustration. “Three years ago, honestly, I was really tempted to pack up and go home. My career hadn’t picked up; being a full-time musician isn’t exactly financially viable. Sanjay asked me to hold on.” He did. Six months later, things started looking up.

This spring, Sandeep went on an entirely sponsored tour—five concerts in Germany, two in Canada and 15 in the US; one in his hometown, Los Angeles. “After the tour, I decided to take a break and hang out in LA,” Sandeep says, “Two weeks later, I was itching to get back to Chennai. I think this is where I belong.” 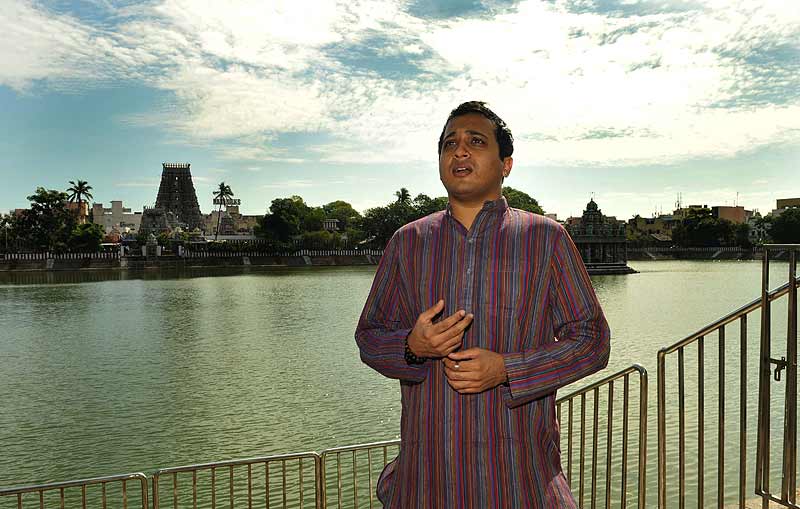 "I decided to take a break and hang out in LA. Two weeks later, I was itching to get back to Chennai. This is where I belong."

That’s a common thread in this small but growing community of young musicians, who apart from rolling their ‘R’s on occasion, are bound together by the conviction to invest and pursue a path in the fine arts—irrespective of the challenges.

“It isn’t easy,” says Mythili Prakash, a Bharatanatyam dancer who grew up in LA. “I remember how terribly lonely and stressed I was in 2005 when I spent five months in Chennai soon after my graduation.” Mythili was giving Chennai a shot, attempting to develop her dance in a conducive environment. “It was great to be dancing and be among dancers and people who were so sensitive to the arts.” When she returned to LA, for a course in mass communications at UCLA in Berkeley, Mythili knew dance was her priority. This realisation coincided with her talent and potential being spotted by renowned Bharatanatyam danseuse Malavika Sarukkai, now her mentor.

The ambience and environs of Chennai, apart from offering greater access to mentors and visibility, is part of the allure.

In 2006, Mythili upped and left for Chennai, having rented an apartment in the heart of the city. “You see, dance isn’t merely about performing,” she says, “It’s about working on your body. It’s about a deep sensitisation of the mind. It’s a constant process. And the environment matters greatly.” Mythili has three performances lined up this season—that’s in addition to Yashodhara, a production by Chennai-based theatre director Gowri Ramnarayan, which premiered at Anita Ratnam’s Epic Women conference. And Mythili has been invited, for the second year in a row, to perform in the senior category at Chennai’s venerable Music Academy. “More than anything, it’s humbling to be performing in the same slot as the artistes I look up to,” she says.

The ambience and environment of the city, apart from offering access to mentors and the possibility of visibly scaling up skillsets, play a key role in the decision to relocate. Sushma Somasekharan, 25, was introduced to music at age four. Growing up in Singapore, Sushma remembers “detesting classical music”. “I recall spending my winter holidays every year in Chennai and hating it,” she says That changed in 2004, when her parents put her on to Lalitha Shivakumar, an artiste with a fantastic musical lineage. “I think learning from her changed it for me. I was amazed to see the kind of effort the other students were making; I couldn’t believe that I had the talent and that I was actually blowing it away.” 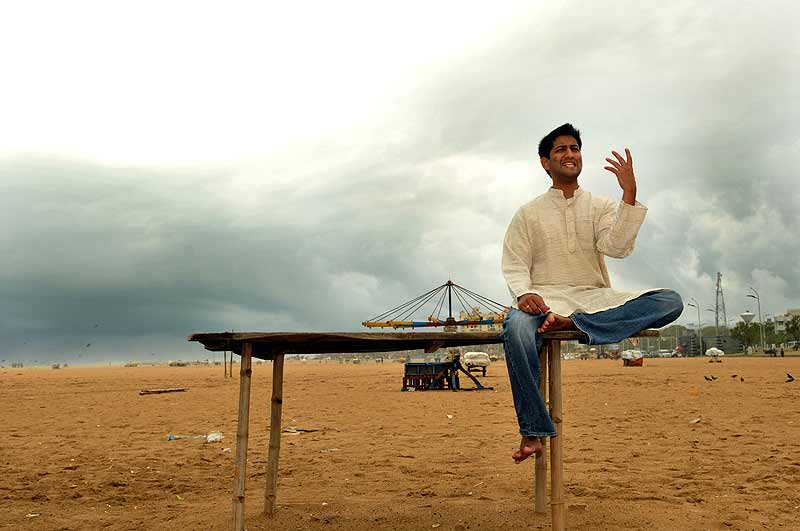 "To scale up my mus ic, I had to be in India. The premise was to make music a part of my life and do whatever came along with it."

In 2009, two months into a job at an auditing firm, Sushma chose her singing over the spreadsheets. Now a full-time musician and student of music and acclimatising to the roads and the road rage in Chennai, Sushma acknowledges that living here has thrown open a world of opportunities to network and perform. This year alone, Sushma has held concerts in Trichy, Thanjavur, Mangalore, Salem, to name a few. “Living here on a more permanent basis helps me travel around India easily,” she says. The other advantage, she notes, is the “quality time” with her teacher and other students.

Margazhi season in Chennai is a platform for these budding talents to display their skills before well-versed audiences.

For New Jersey-raised mridangam artiste Akshay Anantapadmanabhan, 24, moving to Chennai in July was about chasing opportunities. “At this point, for me, everything is about music,” he says, heading off to IIT Madras, where he is researching aspects of engineering and Carnatic music. Of his first long stint on his own, he says, “It’s very fulfilling. I’m young and I know this is the age for me to push myself.” Akshay, who also plays the kanjira, benefited from the barrage of opportunities New Jersey was throwing his way. “Literally, every weekend, I was playing for a senior visiting artiste,” he says, “And then I wondered at the possibility of the kind of exposure living in a city like Chennai would present.” For the Margazhi season this year, Akshay has 22 senior and junior artistes. “I have started my season already, with a concert recently.” 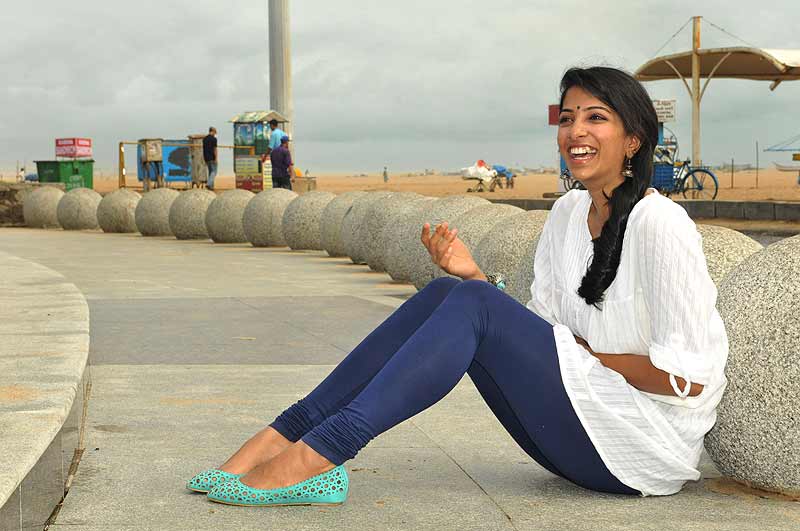 "I grew up hating classical music. But seeing the others work, I couldn’t believe that I had the talent and that I was actually blowing it."

Aditya Prakash straddles two continents that are worlds apart. The 24-year-old classically trained vocalist, who grew up in LA and at age 16 had the privelege of touring with the late Pandit Ravi Shankar, moved to Chennai 18 months ago intending to fine-tune his music after completing a degree in ethnomusicology and global studies from ucla. This year, Aditya has spent six months back home, making music and forming the Aditya Prakash Ensemble, which started with two jazz and hip-hop musicians but has, in very little time, grown to a team of ten. He came back to Chennai a little under two months ago to connect with the classical during the season, and perform four solo concerts. Aditya will then head back home to cut his second album—before returning to Chennai again. For music. “I know that I want to improve my music and my technique,” he says, “And I know Chennai is where that is possible.”

For the music. That is the reverberating chord here. Whatever their school and style of instruction, each of these Indiareturned artistes are driven by the call of their craft. The compelling need to answer this reveille is what draws themback here—a road that few outside the kindled walk. Where could this path lead them if not here, where the song starts?