The Sheikh’s Story To Tell

What is Osama bin Laden’s legacy? And what does it hold for West Asia and the subcontinent? 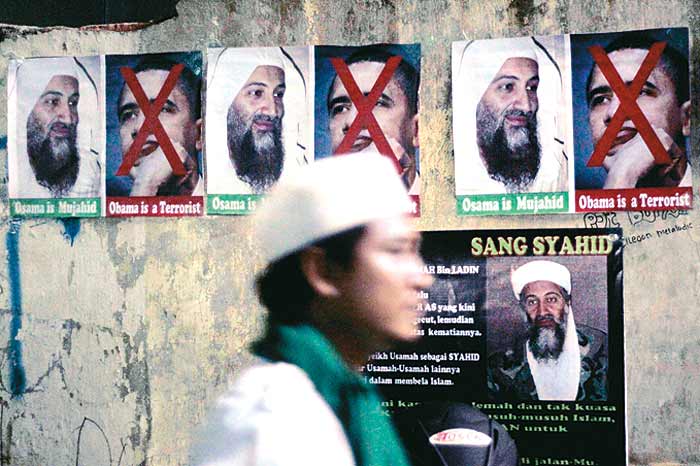 Even before United States President Barack Obama completed his 9-minute speech declaring the death of Al Qaeda supremo Osama bin Laden in an American operation, an ecstatic crowd had begun to gather in Lafayette Park across the White House. Men and women waved American flags and impromptu placards, some punched the air with their fists, as if celebrating a sporting victory over a formidable rival. In New York, at the site where the twin towers of the World Trade Center once loomed, the crowd was sombre but vividly emotional, remembering loved ones who perished there in the 9/11 attacks.

Nobody has yet reported on the response of members of Al Qaeda to the death of Osama [Since this story went to press, the al-Qaeda have declared itself as a "curse" on America, vowed bloodshed and asked Pakistan to rise up in revolt: Web Ed]. An estimate of their mood will have to wait till the release of the customary videotape from one of the organisation’s commanders. In the wide swathe of the Arab world where Osama and many of his followers hailed from, though, the people seemed more keen on their campaign for democracy than the demise of a man who held at least some of them in a thrall. In Yemen, where an Al Qaeda wing remains strong, pro-democracy activists openly cautioned comrades from letting the death distract from the battle for democracy. Egypt didn’t see any passionate marches condemning the Americans; the Jordanians were confused; those in Syria and Bahrain were too engrossed in evading the crackdown by their own despotic regimes to have time for anything else.