PC brings his no-nonsense working style to the home ministry. Will he succeed? 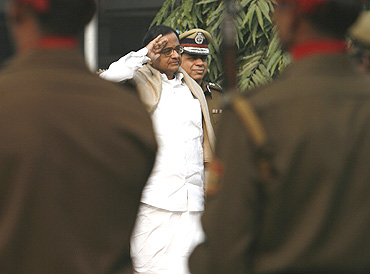 As the finance minister, P. Chidambaram may have had his admirers in the pro-reform lobby, some sections of the media and in the few civil servants who have, over the years, been able to keep pace with him. But his edgy, abrasive style, the barely concealed contempt he has for those less sharp than he is, and impatience with those who venture to disagree with him has ensured that those who didn't have to deal with him maintained a distance. This, even though no one contests his competence.

In the six weeks since he moved from the western end of North Block to its eastern end, though, the popular perception of the new home minister has undergone a sea change. No, he hasn't lost that edgy abrasiveness. But he appears to have gained a constituency among people at large—and even sections of his own party, embarrassed at the four-year-long drift in the home ministry, which hurtled from one disaster to another under Shivraj Patil. For a politician with no mass base, there is now some acknowledgement that PC has grown in stature. "It isn't just the timing (succeeding Patil) but his personality," a senior official in the ministry stressed, "it's totally in sync with the current needs of the home ministry. We needed someone who looks and sounds tough." A long-time party colleague told Outlook, "He'll probably make a better home minister than finance minister."