The Second Deck: Jack Be Nimble

L.K. Advani may have been the deputy PM, but Brajesh Mishra, it was said, wielded more power. He was principal secretary, NSA, special envoy. 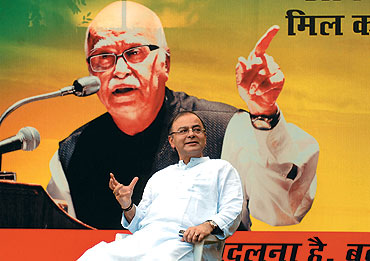 outlookindia.com
-0001-11-30T00:00:00+0553
If K. Govindacharya deftly used mandir and mandal to mastermind the rise of L.K. Advani and the BJP in national politics in the early ’90s, Pramod Mahajan was the perfect political operator for a party in power, a man many saw as a successor to A.B. Vajpayee.

Today, it’s Arun Jaitley, with a string of electoral victories to his credit. In ’03, he "cracked" Digvijay Singh’s Mr Invincible image in Madhya Pradesh. In ’05, he breached Laloo’s citadel in Bihar, matching a face acceptable to the backwards—Nitish Kumar—with an army of upper castes. And in ’08, he steered the BJP to its first electoral breakthrough in the south—in Karnataka.

Currently, Jaitley’s hard at work, fine-tuning election strategy from the BJP’s war room at Tughlaq Crescent in New Delhi. "Alliances are crucial," he told Outlook. "They can have a multiplier effect if the partner has a complementary social base. Strategy must also be tailored for possible post-election partners. In this election, we need to work towards the collapse of the Third Front and rebuilding anti-Congressism."

The Man Who Has Naveen Pat