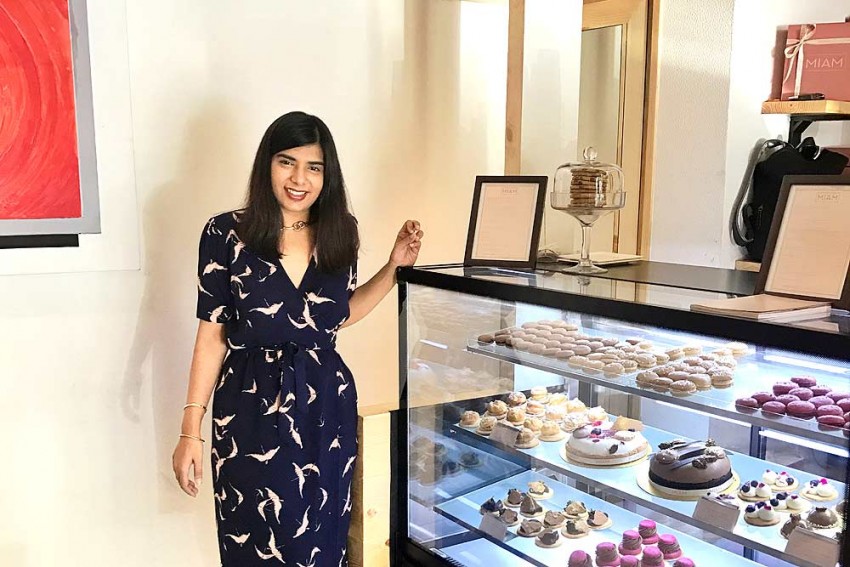 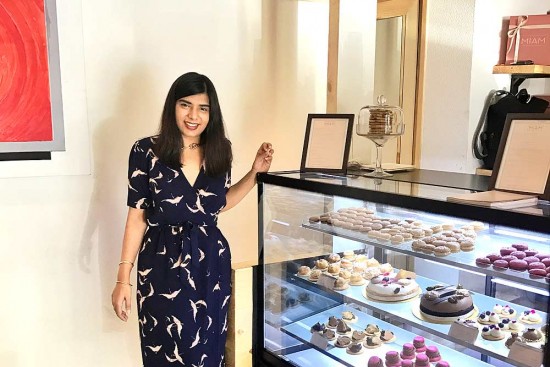 Nestled away in a quiet corner outside the bustling Hauz Khas market in New Delhi is a patisserie called Miam. Owned by Bani ­Nanda, a young chef of 25, the patisserie was started in 2015. The shop, Bani’s first independent venture, is not just a symbol of her success but also that of a growing food culture in urban India—one that young pastry chefs like Bani are tapping into.

The Indian food industry is seeing a huge change in the way we approach food and its makers. Up till just a decade ago, chefs were largely people who worked in five-star hotels, but with the growing number and types of new outlets and restaurants, the art of cooking is in much demand. And the young have been quick to catch up. Apart from the other aspects of food, the need for good patisserie has perhaps always been felt in Indian metros. It’s some comfort to know that now there are a few pastry making schools training young, enthusiastic to-be-chefs in the art of sweet sin.

Bani’s resume throws at you an ­interesting set of qualifications—a ­degree in both physics and pastry ­making. Her romance with pastry began while she was pursuing a degree in physics from Delhi University. “When you’re doing a BSc in physics, coming across internships is tough since most organisations demand experience. So during one of the summer holidays, with nothing much to do, I interned at the Oberoi hotel, learning how to make pastries,” she recalls, adding that this was the moment she fell in love with the culinary art.

Pastry making has grown as a niche profession over the past few years in India. From mom and pop stores, run by people who love to bake, to online shops which do cakes on order and high-end patisseries such as the one Bani runs, the profession of baking is on a rise in India’s metropolises.

So what are the requirements for being a pastry chef? According to Bani, one can go either of two ways. You can start with doing apprenticeships under different chefs and learn through experience alone or get formal training by attending pastry schools for a degree in pastry making. The former though could be a bit difficult. “In order to do an app­renticeship under a chef who will really teach you, one needs to have connections in the industry, something many don’t have. The best way thus is to study in a school and then go on to practice,” advises Bani.

There are several schools which offer exhaustive courses on the subject. “Colleges such as The Lenotre School and Ferranti in Paris are exc­eptional,” she says. Le Cordon Bleu in Paris, Bani’s alma mater, too is one of the best schools in this profession. Closer home, there’s the Pastry Academy of India in Gurgaon as well as the Lavonne academy in Bangalore. Both highly recommended by practising chefs in the country.

The fee for these courses though is quite expensive. It runs into lakhs. However, there are a few scholarship programmes around. Most first-time chefs who decide to open their own shops have to build a market for their products, often by word of mouth. “I built my market by taking a cake to a get-together with friends who liked it and then recommended it to their friends who in turn recommended it to other people,” says Bani. “It is extremely important to find your target audience to cater to. Good and consistent work goes a long way,” she adds. Social media, she thinks, helps a great deal. “It is one of the best ways to get the word out. Even better, it gives your consumers a platform to give you feedback which is extremely important.”

Being a pastry chef though is not all sugar and fun. “My work hours sometimes run to 15 hours a day,” says Bani, adding that if one has to make it in the profession, struggle and hard work are inevitable. “I don’t remember the last time I enjoyed a festival like Diwali or New Year. Considering they are our busiest time of the year!” she says with a laugh.

­A Poet Takes The Mike