The RG Who Wrote off Rahul Gandhi

Biographer, chronicler, equal-opportunity critic and ­sincere friend are but a few of Ram Guha’s avatars 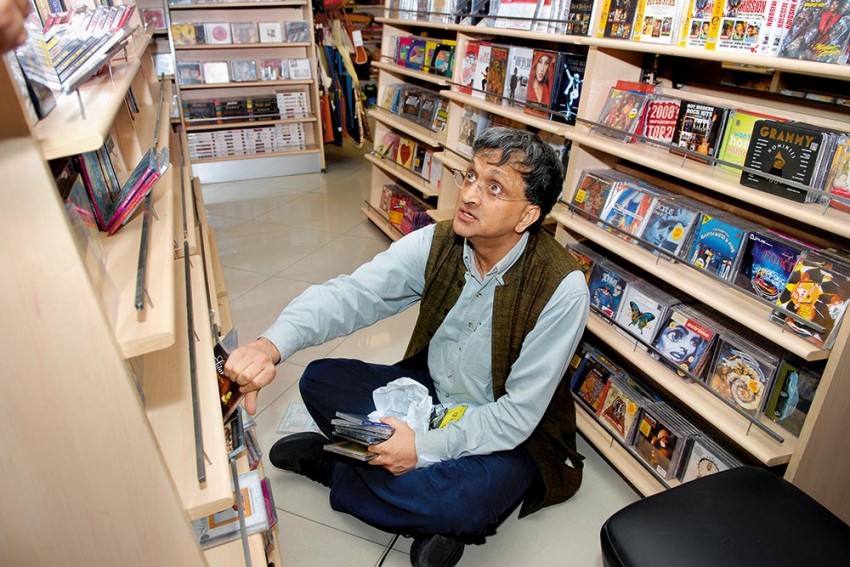 Through The Lens Roundly
Guha at the launch of the book The Long Revolution in Bangalore, August 2009
Photograph by Getty Images
David Gilmour March 29, 2018 00:00 IST The RG Who Wrote off Rahul Gandhi 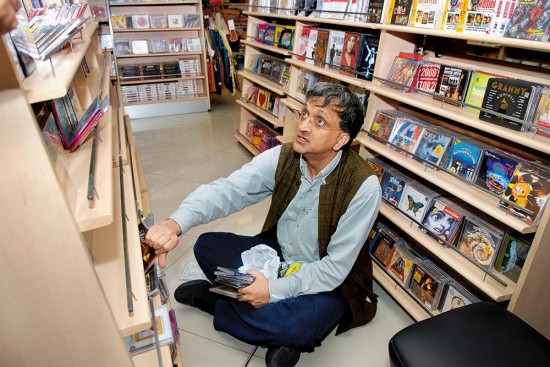 My first impression of Ram Guha was that he must be an intellectual about sixty or seventy years out of his era. With his rough tweed jacket and baggy trousers, his tousled hair, his round-lensed spectacles and his rather shambling gait, he looked like a figure of the 1930s; underneath his jacket he wore a patterned jersey that might have been knitted for George Orwell.  And he talked too, in a way I had been told that bhadralok scholars always used to talk, rapidly and excitedly on a very wide range of subjects.

Yet I soon realised he was not really garrulous—an adjective much used by British rulers to denigrate Bengali intelle­ctuals—he was simply more interested and better informed than almost anyone else.  About twenty years ago we went to Trent Bridge to watch a cricket match, I in my stripey blazer, he in his tweed jacket and Orwell’s jersey.  We travelled to the ground with Sunil Khilnani and my son in a motor car, a rather ropey old vehicle that Sunil had recently bought from a friend.  It was a day-night match, an ODI between Australia and Pakistan, and as we returned to the car park shortly before ­midnight, Sunil suggested that, as he had only recently passed his driving test and had never driven in the dark, it might be better if I drove home.  Reluctantly I agreed and, while I navigated the outskirts of Nottingham and set off on the long dreary journey down the M1 to London, Ram in the back seat kept up an inquisition that lasted two hours.  Had I read the current issue of the New York Review?  Did I agree with so and so’s piece in the latest Times Literary Supplement?  What did I think of a denunc­iatory article in the London Review of Books?  He is sometimes a ­difficult chap to keep up with.

Over the last twenty years I have known Ram in various gui­ses, but there were earlier incarnations that I could not know.  I never knew Ram the anthropologist, Ram the trainee soci­ologist or Ram the nearly-Marxist, the Calcutta student who gave away his cricket books in order to find room on his shelves for a Marxist library that included the 90 volumes of Lenin’s collected works.  Nor, more regrettably, have I seen much of Ram the ecologist, although we have similar views on the environment, we have been on expeditions into the Nilgiris, and we have enjoyed good country walks in Britain, in the hills of lowland Scotland and southern England.

Ram...­described himself as a moderate who sometimes expressed his views “in an extreme fashion”.

The first Rams I knew were Ram the fledgling biographer, then struggling through several drafts of his life of Verrier Elwin, and Ram the historian of Indian cricket, a subject he found easier to write about and which resulted in what I consider his most enjoyable book, A Corner of a Foreign Field.  Yet whatever difficulties he had with Elwin—with an Indian editor (helpful though he happened to be), with Western publishers (unhelpful though they were) and with his own problems in making the transition from anthropology to biography—­Savaging the Civilized is a wonderful book.  Ram was able to empathise with his subject in a variety of different ways—­especially with Elwin’s Gandhism, his anthropological work and his concern for India’s tribal peoples, even if he did not—and does not—share his subject’s taste for marrying ­tribal women.  Not the least of the book’s charms is the way that it is amiably sprinkled with cricketing metaphors, with how Elwin might be ‘stumped’ or forced ‘onto the back foot’, and how some Indian minister would go ‘out to bat’ on his behalf.

The next Rams I knew were the Rams that everyone knows, Ram the biographer of Gandhi and Ram the chronicler of ­modern India.  These are great books, which I read in draft form, but I do not think there is much point in my talking about them to an audience which knows so much more about these subjects than I do.  Instead I would like to say ­something about Ram the essayist and political journalist because his articles reveal more about his mind and his ­character than ­anything else he writes. 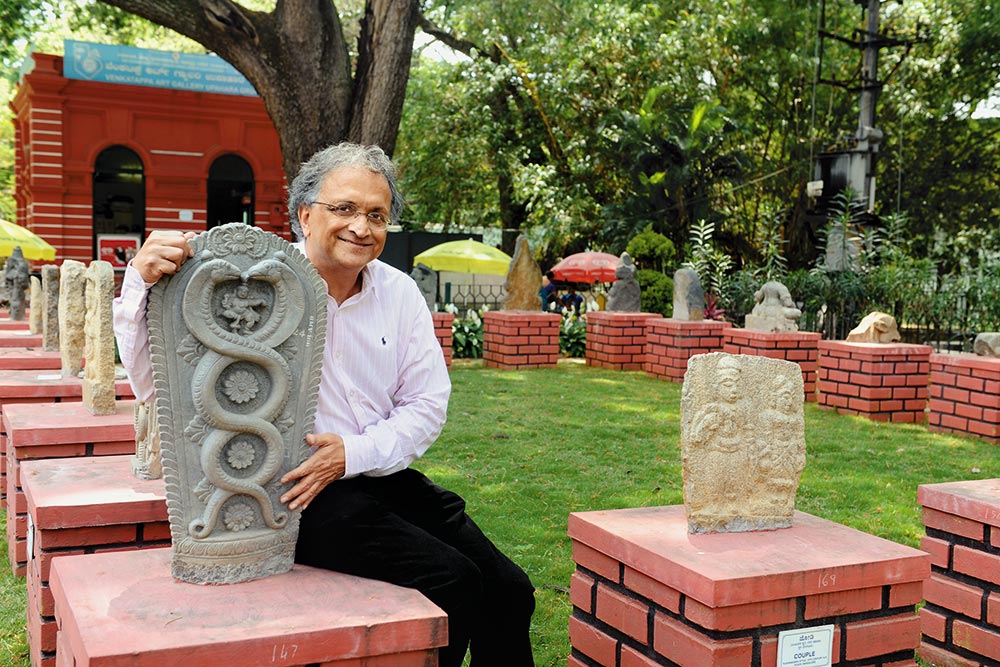 An English journalist once said of my father, Ian Gilmour, a left-wing Tory who was a minister in Ted Heath’s government and briefly (until he criticised her) in Margaret Thatcher’s, that he was a man of “liberal views, illiberally held”.  Much the same could be said of Ram, who liked —and was liked by—my father, and who once described himself as a moderate who sometimes expressed his views in “an extreme fashion”.  I think that one of the best decisions he ever made was to refuse a professorship in Delhi, which would have made him part of the academy.  I am someone who rejected academic life bec­ause I wanted to write about different subjects and different countries, but Ram had more serious reasons.  He wanted to be independent, not to be part of any ‘school’, not to have to defer to colleagues or to the prevailing fads of a particular department. He is not an ­intellectual of the seminar or the cafe table but a scho­lar of the archives and his own desk. He rejected the acade­mic fervour of Delhi for what in intellec­tual terms is the backwater of Bangalore.

Ram’s independence has allowed him to attack, at some personal risk, targets in all areas of the particular spectrum.  He will assail with equal vehemence both the ­enthusiasts of Hindutva and the ­communists of West Bengal. Yet he will also criticise those parties and their representatives that might be closer to him in ideological terms but have failed to ­perform their duties, whether ­because they are corrupt, stupid or mer­ely ­inco­mpetent. If I were Rahul Gandhi and I had read Ram’s articles, I would long ago have disappeared from public life.

One of the aspects of Ram’s essays that I most appreciate is the personal experience, his memories of the people and places he has encountered in the course of his career.  Authors acquire human proportions, they give their readers a sense of intimacy when they write about their ‘haunts’, in this case when a writer describes his love of a now defunct bookshop in Bangalore, Premier’s, and of a cafe nearby known, depending on whether one is a native of the city, as Parade’s or Koshy’s, and when he writes of his memories of some venerable Mumbai institution such as the Oxford University Press or the journal, the Economic and Political Weekly, and its remarkable editor, Krishna Raj.

Ram’s essays also recount stories of his travels, often by rail.  Most of us travel nowadays to see places and sample their cuisine, the classic priorities of the modern tourist.  But these are not Ram’s priorities, certainly not in Britain. Naturally he travels to deliver lectures and to work in the archives, but he also travels to see people, frequently people he has never met before, and goes long distances to do so, especially if they are very old men such as Nirad Chaudhuri in Oxford or E. P. Thompson in Worcestershire.  Ram could never have been one of those young historians who make their name by setting out to destroy the reputations of the previous generation.  Of course older scholars may often be wrong and out of touch, but Ram is aware of how much one can learn from them just by listening and prompting them with the right questions.  They have been through so much, they can tell one so much.  I am someone who found it easier to become friends with my parents’ friends than with my children’s, but I could seldom make friends with my grandparents’ friends, as Ram did, for example, with that great ICS officer, C. S. Venkatachar.

I will end on that most personal note, that of friendship.  Ram is someone who takes friends seriously.  Many of our generation seem to regard friendship as a rather ­fluid ­phenomenon, something that prospers with the help of proximity and occ­asion and which tends to fade when faced by distance or ­unavailability.  Ram will have none of this.  Friendship is friendship, whatever distant continents the friends might live in.  And for him friendship is not just about people enjoying each other’s hospitality, me going to Coonoor to be pampered by him and his beautiful Sujata or him coming to ­Oxfordshire to be looked after by my equally lovely Sarah.  It is a duty, a sort of moral commitment, and one that has to be regularly serviced.  Talking recently about an old friendship of his that seemed to have lapsed, he said sadly that at our age—and I must confess here that I am five years his senior—it is so difficult to make new friendships that one must do everything possible to preserve existing ones.  If he feels that friends are being remiss about keeping in touch, he sends them—or at least he sends me—rather perempt­ory emails titled “What’s up?”, followed by the sentence “I haven’t heard from you for a long time”, which immediately makes one feel guilty, although I have to say in my defence that any dereliction in this context has been two-sided.

Many of us drift into friendships, after rather liking ­someone at a dinner or a cocktail party; it is often a casual, take-it-or-leave-it affair, something that doesn’t really ­matter whether it works out or not. Ram is different, in this respect as in so many others.  If he wants someone as a friend, he will travel hundreds of miles to ensure that the friendship is kept flourishing.  I will never forget how twenty years ago he came to do some research in Edinburgh, where I then lived, and, following an introduction from a mutual friend, turned up on my doorstep in tweed ­jacket, baggy trousers and Orwell’s jersey.  He was at his ­wittiest and most irrepressible, perhaps even ‘garrulous’.  ­Afterwards he summed up the encounter in a sentence that may not have been his most stylish but which perfectly des­cribed the ­episode, “I felt that we hit it off first ball.”

(The writer is the author of The Ruling Caste: ­Imperial Lives in the Victorian Raj, and The Long Recessional: The Imperial Life of Rudyard Kipling, among other books.)