The RAW And The Cooked: Whose Spy Was He?

A senior RAW officer under surveillance disappears. How much has he compromised security? 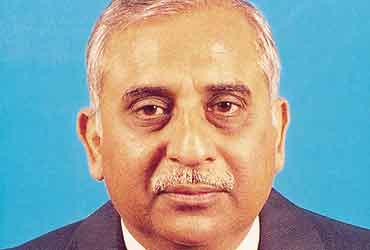 In February-end this year, Rabinder Singh, a joint secretary in the Research and Analysis Wing (RAW), India's premier external spying agency, caught the attention of his superiors. The reason: Rabinder had become unusually inquisitive. From his eighth-floor office, he would call up colleagues and pester them for information in no way relevant to his turf—from Japan to the swathe of countries south of Thailand. And thus began the saga of the spy who simply vanished one day in May, much to the horror of security bosses in New Delhi.

An unduly inquisitive officer is frowned upon in RAW, whose staff work in watertight departments and are provided information on a need-to-know basis. Rabinder's behaviour was consequently construed as deviant. A discreet watch was mounted on the officer who had been with the RAW for nearly 18 years. A major in the Indian army, he came on deputation to RAW in 1986. The stint prompted him to take premature retirement from the army and Rabinder was absorbed into RAW. For determining his position in the hierarchy, he was assigned to the 1977 batch.

Surveillance on a senior RAW officer is always a tricky affair, trained as the person is to notice and shake off those tailing him. It was decided that the watch on Rabinder wouldn't be intrusive, so that he shouldn't become cautious and consciously curb his 'deviant' behaviour. The officials at RAW believed the strategy would enable them to determine what Rabinder's gameplan was—whether or not he was actually guilty of leaking information; and if he was, who was he working for.

During surveillance, it came to notice pretty soon that Rabinder seemed to have a fetish for the photocopying machine. He photocopied documents as though his life depended on it; he would duplicate just about any official paper he could lay his hands on. What was Rabinder doing with all these documents? The special secretary, personnel and security, did not have an answer. Nor could they quiz him because they didn't want to alert him and abort any chance of tracing the recipient. It was then decided to shadow Rabinder beyond office hours. The sleuths took up position outside his home, located on Chakravarti Vithi in Delhi's posh Defence Colony. Rabinder and his wife Parminder (Pammi to friends) lived on the first floor of a triple-storeyed, white house (number C/480). The property, sources say, belonged to his wife's family whose members lived on the ground and top floors. Chakravarti Vithi seems hardly conducive for keeping tabs on its residents. Here, sprawling houses are cheek-by-jowl, and a good many of them have private sentries posted outside. Did Rabinder notice the surveillance on him?

Certainly, the RAW couldn't unearth anything incriminating about his lifestyle, nor did they find his guests or the people he met to be cause for suspicion. Through the entire month of March, his life had a predictable pattern—at fixed hours he would venture out of home, and at approximately the same time lights in his house would be switched off. Even the mobile surveillance team tailing him drew a blank. A point came where they had to decide, because of the lack of returns, to tailor the watch to his lifestyle pattern: sleuths stopped the vigil on Rabinder during his sleeping hours.

In April, Rabinder sought leave to visit the United States for a 'family function'. His request was turned down. The denial must have shocked Rabinder, who was in the habit of visiting the US once a year. His sister and brother are settled there; his sister, sources say, had adopted Rabinder's son and daughter in 1999. Diplomats who had served with Rabinder on his foreign postings remember that his wife, Pammi, would dawdle in the US for six months at a time.

Rabinder's second shock came on the evening of April 19. As he was leaving the RAW building, he was searched. Sources stress this was a random check involving others as well.At the RAW headquarters, officers taking files home are required to intimate the concerned authority beforehand. Rabinder had already informed that he would be taking out personal files from the building. These files were seized, vetted and returned to him the following day.

But tongues had already begun to wag. Those present at the time of the search were convinced Rabinder had been nabbed ferreting out files he shouldn't have possessed. As RAW officials gossiped and speculated, Rabinder lamented to his friends that his reputation had been destroyed. It's a different matter that he didn't have much of a reputation, at least among his superiors. Indian Foreign Service officials who had served with him abroad describe him as very ordinary. One of them told Outlook that Rabinder's behaviour sometimes resembled a thanedar's. During his stint in Damascus, Syria, Rabinder's boss, miffed at his inefficiency, even entered adverse remarks in his service record. His current tenure as joint secretary, Southeast Asia, where he oversaw both operations and analysis, was also singularly lacklusture.

For a mediocre officer, Rabinder, in retrospect, seemed to have a strong survival instinct though. Perhaps he sensed he was under watch. Why else would he have chosen to adopt—in contrast to his love for lavish parties (favourite drink: brandy with soda and ice!)— a staid lifestyle in the last few months which had as its defining feature a boring predictability?

And then he struck. Being a trained intelligence officer, Rabinder deftly chose a particularly long weekend to plot his escape with wife Pammi, from May 1 to May 4—May 1 was Labour Day; it was followed by Sunday; then fell Id-ul Nabi and Buddha Purnima on consecutive days. No one knows the precise hour he decided to flee, or where he went, but it definitely wasn't May 14, as has been reported in the press.

When Rabinder didn't report to office on May 5, RAW officials decided at first to check all the city hospitals. In the past, Rabinder had absented from work due to health reasons—he's had two heart attacks and has also undergone a bypass. Drawing a blank at the hospitals, the RAW queried family members, who too feigned ignorance. It was then decided to check all the international airports of the country. As of now, there is absolutely no substantial clue about Rabinder's escape route or who his facilitators were.

Could the RAW have impounded the private passport of Rabinder Singh (his official passport was with the organisation)? Sources say there wasn't a case to impound it: the months of discreet surveillance hadn't yielded enough incriminating evidence; nor was he found to be having unauthorised contacts or a precise purpose behind his fetish for information and photocopying documents. Add to that, hounding of a senior official without evidence could have had a demoralising impact on the organisation. "We came fairly close to understanding that there could be a security implication. But we simply did not have conclusive evidence at that point," says a senior source.

It's learnt that RAW is in the process of dismissing him from service on the grounds of AWOL (Absent without Leave), and for acting in a manner prejudicial to the state. Sources also insist there was no attempt to hush up the matter: the government of the day was in fact informed of the Rabinder affair at every stage at appropriate times and levels.

Although still clueless on who Rabinder was working for, the RAW has assessed that the damage he could have possibly caused isn't substantial. For one, Rabinder's charge—Southeast Asia—isn't high on RAW's strategic objectives.Second, the compartment system of functioning in RAW implies his compulsive photocopying couldn't have procured him very many sensitive documents. But didn't Rabinder attend the 10.30 meeting every Thursday when an undersecretary presents broad political trends to senior officers? Yes, he did, but these were not related to operational matters. Such meetings are held in the department's special secretary office or in the RAW chief's office. In other words, Rabinder could mostly have had details relating to operations in Southeast Asia only. These will of course have to be restructured.

So who could he have been the double agent of? The Americans? The charge is largely circumstantial, based on the fact that his close family members are settled there. It's believed that his sister works for the US government, and his brother is in the World Bank. Even the charge against him for being a double agent is inferential: the logic being, otherwise he would not have panicked and vanished, would he?

Mediocre Rabinder may have been, but in his escape he was definitely a hop, step, jump and a skip ahead of the organisation he was working for. What's more, Rabinder has the money to look after himself on the run. As a diplomat who served with him said, "Rabinder would often boast that he is one of the 'richest civil servants' around."