The Rape Of Eden 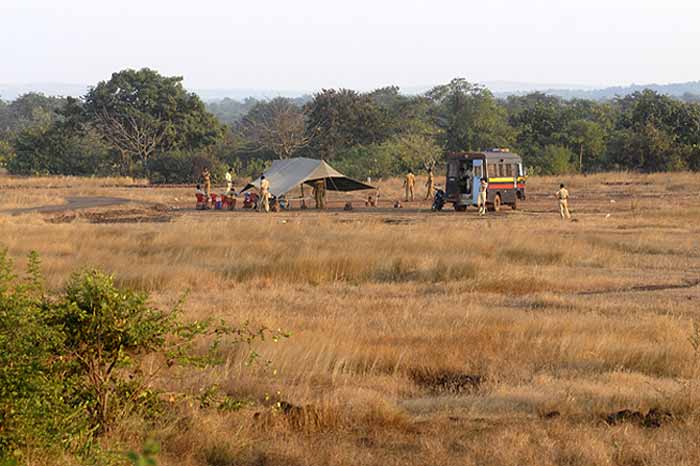 District-wise breakdown of the major projects

Konkan, the idyllic stretch nestled between the Arabian Sea on its west and the Sahyadris on its east, is often touted as Maharashtra’s answer to Goa. In fact, the Konkanis believe the sands and water, rice and fish, mangoes and cashews, peace and tranquility here are a notch above Goa’s as Konkan is not on the international tourist map yet. The 720-km stretch from the northeastern corner of Mumbai down to Goa is, however, finding itself on India’s infrastructure map: with a vengeance.

From Panvel in Raigad district, across Madban in Ratnagiri, to Sawantwadi in Sindhudurg, a slew of big-ticket projects are planned. They threaten not only Konkan’s idyllic setting but also its economy and culture. Leading the charge is the 9,900-MW Jaitapur nuclear power project, the largest of its kind in the world, the deal for which was inked earlier this week between the Nuclear Power Corporation of India and French giant Areva. Also on the board are 15 coal-based power projects equalling nearly 25,000 MW, 40-odd medium- and small-size ports, nearly 40 medium and mega SEZs, major mining projects and chemical hubs. “This is the death-knell for Konkan; our lives will be nightmarish,” declared social activist Vaishali Patil, before she was arrested this week.

Madban, the village chosen for the Jaitapur nuclear power plant, mirrors the deep resentment and unrest in the entire Konkan stretch. Some parts have seen agitations for over three years, but events in Madban signify the worst side of India’s infrastructure crusade. Land was acquired in Madban, Niveli and Mithgavane without informing villagers of the nature of the project; protesters saw the ruthlessness of state power. Prohibitory orders were enforced strictly, women walking to their fields were picked up and thrown behind bars, farm equipment was confiscated or thoroughly searched before labourers were allowed to proceed to their farms, key activists in the area were detained so many times that most went underground as the Jaitapur deal was signed. Even so, nearly 800 locals were detained as a few broke window-panes of police vans and gathered to listen to Justice (retd) B.G. Kolse-Patil, who too was arrested and kept in Lanja jail with convicts and undertrials.

“Whenever news is being telecast about the Jaitapur plant, power goes off in the entire area. Whenever an agitation is planned, the mobile network gets jammed. Isn’t it surprising?” asks Vilas Keru Katkar, 39, a Niveli resident. Another resident, Ranjana Manjrekar, laments that “it’s our own police that lathicharges us, while the handful of traitors who’ve given their vehicles to the power plant get police protection”. A third resident, Anant Narayan Katkar, 67, who has been arrested three times so far, remarks: “The government thinks we agitate because our land is being taken. But they don’t realise that, for us, nature is not separate. We are part of the nature which the Jaitapur project will destroy.” 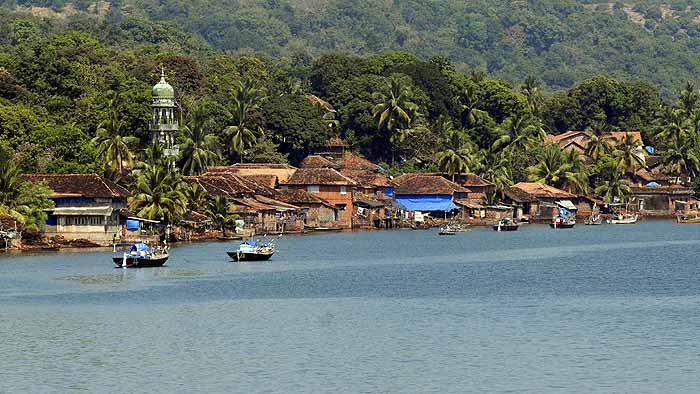 Economists like Dr Sulabha Brahme in Pune question the need for Konkan to produce close to 33,000-MW power when the region itself requires less than 200 MW. Local physician Dr Vivek Bhide says the economic and cultural change cannot even be mapped fully. “These projects will hit the nearly seven lakh people in Ratnagiri and Sindhudurg who depend on horticulture, mainly mangoes, cashew and coconuts. These two districts were declared a horticulture zone by the state in 1997; farmers were subsidised to invest in mango crops. All that will now come to naught.”

“If Jairam Ramesh is so clued in, why is he clearing a project that is 10 times Chernobyl,” asks lawyer Girish Raut.

Equally, a large stretch of the Western Ghats, billed by the international environmental community as one of the top 10 biodiversity spots in the world, is at stake. The Western Ghats or the Sahyadris are home to over 5,000 species of flowering plants, 139 mammal, 508 bird and 179 amphibian species, including 325 globally threatened ones. The ministry of environment and forests is aware of this. Even on the day minister Jairam Ramesh sat next to Maharashtra chief minister Prithivraj Chavan to announce that the Jaitapur project had been given environmental clearance, Jairam expressed his “serious concerns” about the large number of coal-based and mining projects planned in the fragile Konkan stretch.

Jairam is in good company. Dr Madhav Gadgil, well-known ecologist, author and currently a member of the National Advisory Council chaired by Sonia Gandhi, has drawn attention to the reckless sanctioning of mega projects across the Konkan. As chairperson of the MoEF’s ecology expert panel on the Western Ghats, he visited Konkan two months back. Retired schoolteacher Suresh Gavas told him that the area was famous for its cashewnuts, but the environment impact assessment (EIA) report said it was barren. Vaishali Patil, on behalf of the Konkan Vinashkari Prakalp Virodhi Samiti, informed him that two of the four gram panchayats affected by the project got the 1,200-page EIA report in Marathi just eight days before the public hearing.

Joining Gadgil is E.A.S. Sarma, former Union power secretary and currently principal advisor in the Planning Commission. “The Jaitapur project is not the only one, there are many more, and the collective impact on the region has not been studied. The local areas won’t be able to sustain the impact of such large-scale environmental changes,” he said in Pune last month. A Bombay Natural History Society report too says the same.

Konkanis find Jairam’s attitude on this “casual” compared to his stand on Niyamgiri. “If he’s clued in, why is he giving clearances to an N-plant that’s 10 times Chernobyl in a Grade IV seismic zone?” asks lawyer Girish Raut. “The government’s own agencies say a faultline exists and nearly 20 earthquakes have been recorded in the last two years ranging from 2.3 to 5-plus Richter.”

Also incensed and threatened now is Uddhav Thackeray. Konkan has been the bastion of the Shiv Sena. But with activists taking up cudgels against several projects, a chastened Thackeray sent his delegation to Konkan this week. However, one villager in Nate told Uddhav’s representative: “We don’t want another Enron, we want (to be liberated) like Singur.” It shows the resolve across the region. People remind “visitors” that Konkan is more picturesque but also far more volatile than Singur.

By Smruti Koppikar in Raigad and Ratnagiri, Maharashtra with Snigdha Hasan