The Quest For Potter Luck

The 15-25-year age group is a rich lode, but it can prove difficult to strike 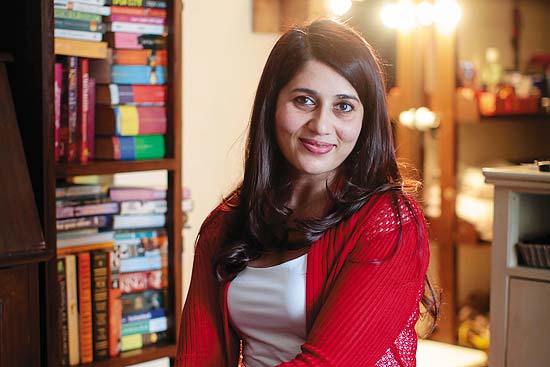 Young readers are wont to be fickle. They can make or break an author. Being curious, impatient and impressionable, they are quick to catch the buzz around a book, flock to book launches and meetings with authors. They pre-order books online and turn them into bestsellers even before they hit the brick-and-mortar stores. But they are equally likely to switch camp when the next big thing comes along. And the writer they crowded at readings and sought advice from for everything under the sun could be forgotten with the arrival of a new star.

Most of these new readers, it would seem, see books not as leisure buddies but as love bibles and vehicles of life lessons. And authors have become their New Age idols. Ravinder Singh, 32, is one of the recent writing successes who has managed to keep a consistent following: his fan club belongs in the 13-25-year age group. “Many of my readers have stuck with me since 2009, when my first book came out,” says Singh, who wears the ‘star writer’ tag with panache. “Since my readership is only expanding, I have taken to packaging my love stories with an important message to sugarcoat a bitter pill.” He is currently on a 21-city tour to promote his month-old book Your Dreams are Mine Now and was speaking to Outlook from Siliguri. The book, which has had a print-run of 2 lakh copies, features a 19-year-old rape survivor from Patna, and if that rings a bell, that’s the idea. Singh uses this plot to stir his young readers and ensure they do not abandon the angry and enthusiastic campaign against rape that started after the Delhi gangrape and murder of a young physiotherapy student. He says he also wants to inspire them to show more enthusiasm for college-level politics.

The world of ‘New Adult’ paperbacks, with low production costs, titles that hook and modest price tags has for some time now been a fierce battleground. The biggies have whetted the appetite of young readers and led the way for anot­her generation of authors. “Chetan Bhagat, Ravinder Singh, Durjoy Datta are the Khans of the publishing world. They have such a stranglehold over the market that new authors are often left struggling,” says literary agent Kanishka Gupta. Singh is all for more authors in the playground. He says, “It takes me a year to write a new book. What will readers read in between if there are no new authors? The hobby of reading shouldn’t fade out.” 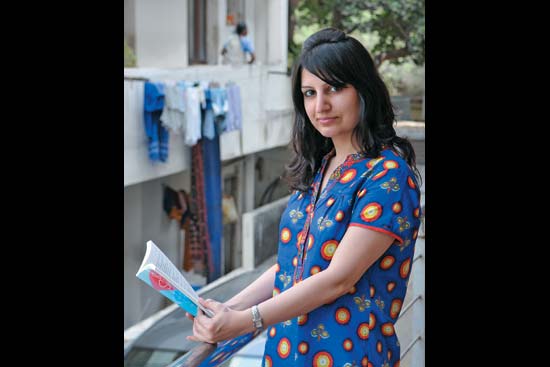 From the looks of it, leisure reading seems to be back in fashion. Sensing the enthusiasm, new avenues for readers and authors alike are taking shape. Bestselling author Rashmi Bansal has started Bloody Good Book, in collaboration with Westland. It runs on “the power of crowd-sourcing and crowd-curating”, challenging traditional publishing tropes. “We feel the two or three publishers who select what books get printed may not know what the young want to read,” says Bansal, who agrees that the 15-25-year age demographic is the most promising as far as book-selling is concerned. Her website features 81 manuscripts at last count, read by nearly 6,000 readers, who get to pick the ones they want to see published.

Author Sachin Garg, meanwhile, is also busy giving flight to other probable quick-lit successes through his indie publishing house Grapevine India, touted as “The home of bestsellers”. It focuses  on “exciting fictional stories”. “Com­m­ercial fiction is by far the most successful genre in Indian publishing—far more than literary fiction. One of the factors at play here is the easy availability of books in India now. Commercial fiction is priced low and buying is a click away on an online portal. Late teens form a significant part of the readership, but they also read John Green, John Grisham, Dan Brown, Jeff­rey Archer and Paulo Coe­lho,” says Udayan Mitra, associate publisher at Penguin Random House.

There are some who hope that young readers will move from fast-paced reads to works that demand thoughtful reading.

Many in the book business may be betting on commercial paperback writers to rake in the big bucks and the fame, but pure young adult (YA) novels, designed specifically for teens, are making some headway too. While publishers admit it’s a challenge to figure out exactly who this segment appeals to, new YA imprints abound, with a variety of fantasy, coming-of-age and graphic novels—Penguin’s Inked and the slightly older Metro Reads imprints, Scholastic’s Nova,  and Rupa’s Red Turtle. Then there are indie publishing houses like Duckbill, led by well-known children’s authors Anu­­­­­­­­­­sh­­ka Ravishankar and Sayoni Basu, who are experimenting with new voices and offbeat themes. A new Duckbill novel, Talking of Muskaan, by Himanjali Sankar, has an LGBT theme, as does popular YA author Payal Dhar’s latest, Slightly Burnt, published by Bloomsbury. “YA books coming out of India have not so far met with the same kind of success as the Twilight series or The Fault in Our Stars, by John Green. But the readership is very much there, and it’s ready—I see the next emer­g­ing trend to be really big books for teenagers by Ind­ian authors. The books have to be smart, well written, well packaged and marketed to work. We are for­t­un­ate to have the smartest generation of young readers yet as our audience,” says Mitra. 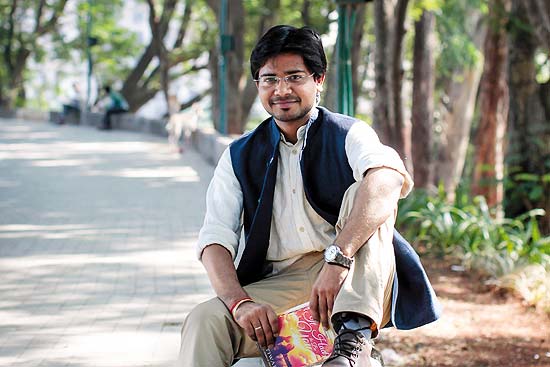 When it comes to catching them young, the bigger the buzz, the better the payoffs. Bangalore-based bestselling author Preeti Shenoy, whose month-old book It Happens For A Reason is already topping the charts, is big on digital forums. She posts contests, teasers, YouTube trailers and takes part in Twitter chats close to the release of her books. Chennai-based copywriter Vibha Batra, who wrote the Sweet Sixteen YA trilogy for Penguin, often walks up to bookstore managers to ensure better display of her books. “It’s easy to get a book deal, but if you expect publishers to promote you, you’re in for a big shock,” says Batra.

Anuj Tiwari, 26, a Thane-based bestselling author, has been even more proactive, lugging dozens of his books to second-hand book hawkers in Mumbai and pitching them at a 60 per cent discount. “I was desperate to make my book visible. I felt if my book did well in the smaller corners of the city, it will be successful, because my readers don’t necessarily shop at Crossword or Landmark,” he says. The efforts paid off. He zoomed up bestseller charts. His second book It Had To Be You, released in September this year, has already gone into reprint.

What’s got the young ’uns hooked? How do they pick one over the other when there is so much to choose from? Even though her books are meant for adults, there is a crossover, says Preeti Shenoy, whose young fans like her combination of easy style and a life philosophy that runs through the book and title. “I once asked a reader if she was okay with her teenage daughter reading my books, and she said kids these days are more mature,” says Preeti, whose 14-year-old daughter Purvi reads her books too.

What draws readers to his books, says Tiwari, who admits to have never read a single one himself, “is the simplicity of my stories, which are either true to life, or aspirational. My voice is natural and raw”. Tiwari and his tribe have also turned motivational speakers across campuses, offering adv­ice on everything, from love, life and how to become a writer; others, like Durjoy Datta, have offers to write youth-related TV shows and films. There are other trends that are clear: chicklit, typical campus romances are passe, and IIM-IIT stories are now routinely moved to the slush pile. “Out-of-the-box commercial fiction is the only way forward. Publishers are even tiring of mythological fiction,” says Gupta, who’s got two exciting YA novels in the making: Panther, about a child soldier in Sri Lanka, and Me, Mia, Multiple, featuring an unlikely relationship between a manic-depressive guy and a girl with dissociative identity disorder. The latter had six publishers vying for it. Indeed, darker themes—complex relationships (single parents, extramarital affairs), death, illness (made popular by John Green’s ‘sicklit’ bestseller The Fault in Our Stars)—set in exotic locales or in corporate workplaces are in vogue.

Not everyone writing for the young reader is jumping into the rat race, however. Mumbai-based market research executive Parul Sharma is one of them. Her latest book Tuki’s Grand Salon Chase narrates the story of a young hairstylist in Bandra. It could appeal to single people in their twenties. “It’s only natural that publishers focus on promoting their top three or four authors. But I find it soul-crushing to go out there and ask people to buy my book. I rely on word of mouth publicity. I suffer for it, but I live in the hope that not every young reader will go for easy literature and there is a section that appreciates good writing, a complex turn of phrase, nuances in storytelling, good vocabulary. I think that set of readers will grow,” she says.

Well, the good news is, whatever your taste, there’s a bite for everyone.