The Quest And The Questions

The Constitution is armoured with the ‘basic structure’ doctrine, so it will be insurmountably difficult to establish a Hindu Rashtra 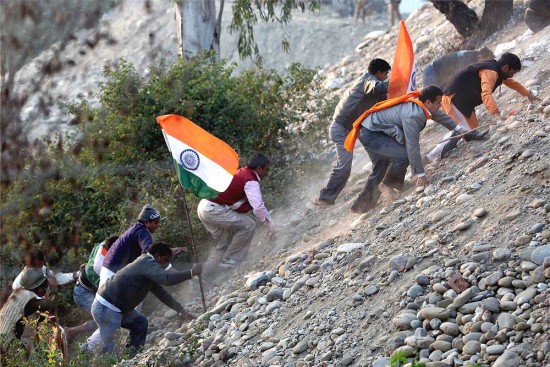 The unprecedented majority gained by the BJP in the recent elections has made some people wonder whether India is on the road to becoming a Hindu majoritarian state. There is nothing in the bjp’s manifesto to justify such fears. But past provocations by Subramanian Swamy and more recent ones by Ashok Singhal (Hindustan Times, July 17) do make the question worth debating. The hope reportedly expressed by a Goa minister (belonging to a coalition partner) that India could become a Hindu rashtra under Narendra Modi (Times of India, July 25) does make the question worth debating. While there can’t be any doubt that the Hindutva agenda will be steadfastly pursued, is it constitutionally possible to make India a Hindu rashtra?

To do that, we will have to start right with the Preamble to the Constitution. We will have to drop the words “secular” and “democratic” from the description of  the Republic. The words “justice, social, economic and political” will have to be deleted. “Liberty of thought, expression, belief and worship” will have to be dumped. “Equality of status and of opportunity” will have to be erased. And we must even abandon “fraternity, assuring the dignity of the individual and the unity and integrity of the nation”.