The Prophet Of Boom Times 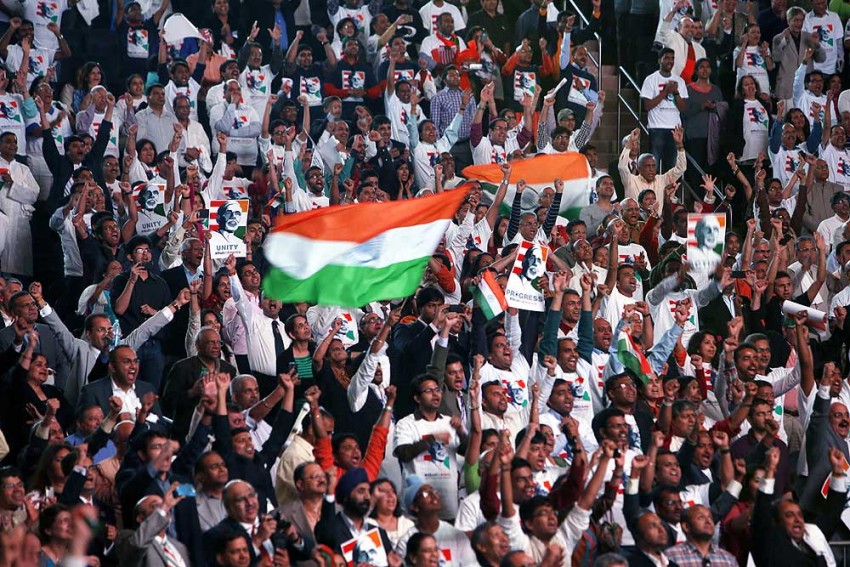 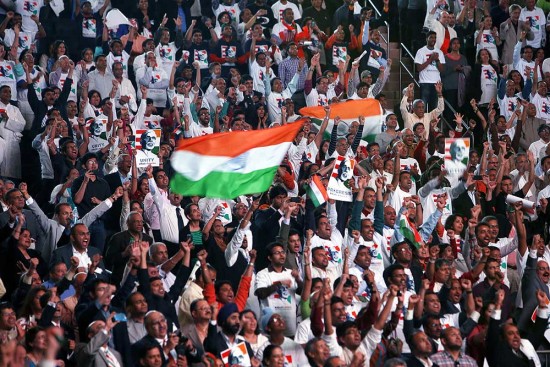 During his recently concluded visit to the United States, where he addressed a jubilant crowd of around 19,000 people, Indian PM Narendra Modi all but dedicated his government to the non-resident Indians gathered to celebrate his triumph. “You have given me a lot of love,” he told his admirers. “This kind of love has never been given to any Indian leader, ever. I’m very grateful to you. And I’ll repay that loan by forming the India of your dreams.”

This was music to the ears of his devoted listeners, whose achievements Modi has promised to teach his countrymen and women to emulate: “I want to duplicate your success. What do we do to duplicate that success?”

The members of the Indian Civil Service who governed India after it became a Crown Colony were described as, and believed themselves to be, “heaven-born”. Many Ind­ian-Americans similarly believe themselves to be not merely fortunate and hard-working but also as the vanguard of what may be described as a post-industrial Vedic civilisation.

To understand what it is that enables Indian-Americans, and mainly the Hindus among them, to think of themselves both as immensely spiritually gifted, the true inheritors of a Vedic civilisation, and as the ideal representatives of the world’s most advanced material culture, certain aspects of the history of Indian-Americans must be revisited.

Though they are today the most educated and affluent of any ethnic group in the United States, they have long bemoaned their fate as an "invisible minority". Five decades ago, Punjabi-American farmer Dilip Singh Saund served three terms (1957-63) in the House of Representatives. Until very recently, however, Indian-Americans have scarcely made any other dent in politics. But it is other forms of invisibility that touch a raw nerve. As the savvy and yet aggressive young professionals who form part of the comparatively new Hindu-American Foundation often point out, Hinduism is barely understood in the US and is, from their standpoint, unjustly maligned as a bizarre religion of false gods, demi-gods, demons and such strange figures as Hanuman and Kali.

NRIs and Modi alike crave to see a new, resplendent India that can take its place as a great power but India in its present state is an embarrassment to them. Hence the focus on a Swachh Bharat.

Hindus everywhere are inclined to believe their religion, characterised by the notion of Vasudhaiva kutumbukam (‘the world is one family’), uniquely fosters tolerance, but Hindus in the US see themselves as especially blessed and charged with the dual mission of rejuvenating India and helping Ame­rica fulfil its destiny as the mecca of multicultu­ral democ­racy. The formal dedication of many Hindu temples in the US, such as the Rama shrine of the Hindu temple of Greater Chicago, has taken place on July 4, which marks the anniversary of American independence. Hindus thus sig­nify their acceptance of the idea that they share in the blessings of American ‘freedom’, while at the same time conveying to Americans that Hinduism permits a richer and more spiri­tual conception of freedom centred on the notion of self-realisation. The secular American formula, E Pluribus Unum—From many, one—is countered by, and complemented with, the Vedic affirmation of the idea Ekam Sat Vipra Bahudha Vad­anti (Rg Veda 1.164.46)—Truth is one; it has many names.

Indian-American Hindus are exceedingly astute in their understanding of how they can deploy mulitculturalism discourses in the US to their advantage. Several years ago, a number of Hindu organisations rallied together concer­tedly to force alterations in the history textbooks used in California schools. They objected, for example, to the fact that such textbooks characterised Hinduism as a polytheistic rather than a monotheistic faith, or that women in ancient India were described as having fewer rights than men. American Hindus Against Defamation (AHAD) almost serves as a vigila­nte group, on a hawk-like lookout for those who might offend Hindu sentiments. However, their support of ‘multiculturalism’ in India, where the religious, linguistic and cultural div­ersity dwarfs anything seen in the US, is remarkably muted.

Apparently, in their worldview, multiculturalism is much to be admired in the US even as it may safely be ignored in India. Indeed, many Hindus in the US adhere to the view that the practice of their faith is not hobbled by the constraints that a pseudo-secular Indian state has imposed upon Hindus in their homeland.

There is a remarkable convergence in the worldview of the NRI—and the model of the successful NRI is the Indian-American—and Narendra Modi. The political ascendancy of a former tea vendor reminds Indian-Americans of the opportunities made available to them in the supposed land of milk and honey, though such a narrative obscures the fact that many of the immigrant Indians who have done exceedingly well in the US already came from advantaged backgrounds. NRIs and Modi alike crave to see a new, resplendent India that can take its place as a great power, but India in its present state is an embarrassment to them. Its faults—the appalling poverty, the ramshackle appearance of every town, the indescribable filth in public spaces, widespread evidence of malnutrition and open defecation, and much else—need not be rehearsed at length, and Modi has signalled his attempt to meet such objections by launching the Swachh Bharat Mission. But there are more compelling parts of the story and the anxiety of influence extends much further. The Indian middle classes and the NRIs have long agonised over the fact that India, as a friend once remarked to me, is “the largest most unimportant country in the world”, and that the same Indians who flounder in their homeland make something significant of themselves outside India.

It is under these circumstances that Modi has appeared, to the Indian middle classes and to NRIs, as the appointed one. The well-to-do physicians, software engineers, scientists, Silicon Valley entrepreneurs and other professionals in the Indian-American community have long hankered for an Ind­ian leader who would be imposing and decisive, and they are convinced that India requires a strong dose of authoritarian leadership if it is to prosper. They are much more hospitable to the idea of a prosperous authoritarian state than to the idea of an India flaunted as a democracy but registers poor growth and continues to be an insignificant player in world politics.

Modi’s concentration of power is calculated to furnish, from their standpoint, some of the advantages found in the presidential system of government. Yet Modi also stands for what they view as ‘spiritual India’, a land syn­onymous with great yogis, teachers of spiritual renown and sacred rivers personified as goddesses. Thus, in the figure of Modi, Ind­ian-Americans see the possibilities of a prosperous yet spiritual India which they believe is alr­eady embodied in their own life histories.

(Vinay Lal is an associate professor of history at UCLA.)