The Post-Lib Film Scroll: 23 Movies That Have Made A Difference Since 1995

As Outlook celebrates its 23rd anniversary, here is our pick of 23 movies that have made all the difference since 1995. 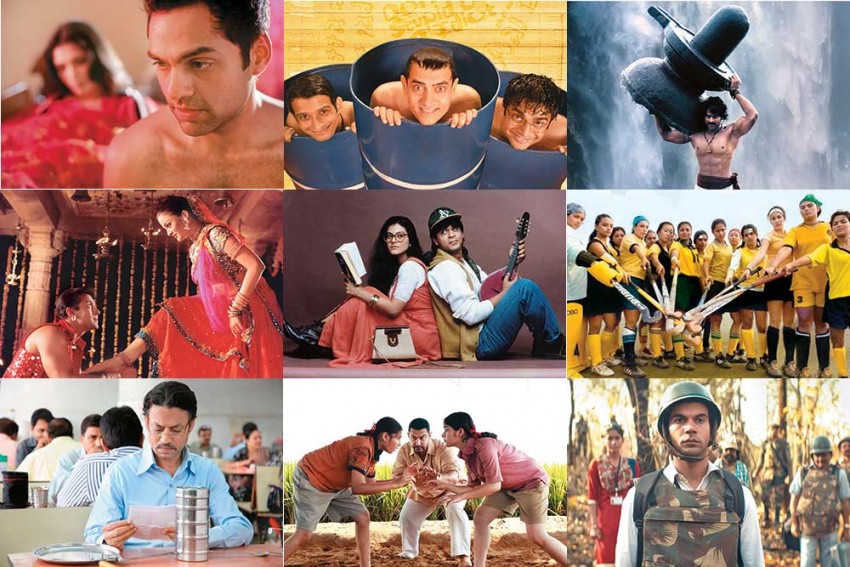 Lagaan and Gadar had hit the screens on the same day in 2001. The Sunny Deol-starrer turned out to be a far bigger commercial success than Aamir Khan’s ‘Empire-crickets-back’ saga but it failed to revive the era of over-the-top action movies since Hindi cinema was already undergoing a big change by then. The advent of movies like Dil Chahta Hai, Monsoon Wedding and Chandni Bar in the same year hastened this change.

Bollywood has since evolved into an altogether different entity. The much-vaunted star system is crumbling, big-budget movies are biting the dust and now, the votaries of meaningful small cinema are having the last laugh. This new Bollywood is not like the Bollywood of yore, either in its look or feel. It is still undergoing a tectonic shift, trying to rid itself of all the tropes that hung around its neck like the albatross through all these years.

The process of change began in the post-liberalisation years, of course, when multiplexes started gobbling single-screen theatres. It was in this period—1995, to be precise, the year Outlook hit the stands for the first time—that Dilwale Dulhania Le Jayenge gave the country its first ‘globalised’ superstar in Shahrukh Khan. It turned out to be such an iconic film that it even inspired former US President Barack Obama to say: “Senorita, bade bade deshon mein....”

Hindi cinema has since made rapid strides, offering a host of epoch-making movies. In the past 23 years, many movies have set new trends and overhauled the template of good cinema. Not only has this era seen the rise of the superstar Khan triumvirate but also paved the way for the ascendancy of ‘superactors’ such as Irrfan, Manoj Bajpayee, Nawazuddin Siddiqui and Rajkummar Rao. The foundation of indie films was also laid in the same period, as was the road to commercial success of women-centric movies. As Outlook celebrates its 23rd anniversary, here is our pick of 23 movies that have made all the difference since 1995.