Bangladesh won’t give up its hard-won fight against intolerance 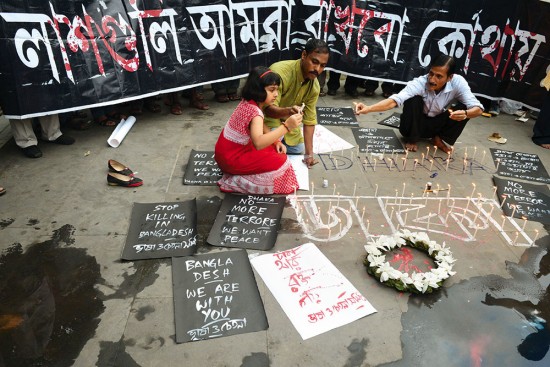 An overwhelming majority had fought Pakistani hegemony to become Bangladesh. But a powerful minority had not—say about 30 per cent. This minority, consisting of elements in the army, police, civil service, Islamic groups like the Jamaat-e-Islami, clustered around spells of army rule and has now thrown its lot with Begum Khaleda Zia, leader of the Bangladesh Nationalist Party (BNP). Prime Minister Sheikh Hasina of the Awami League is emotionally (and politically) more inclined tow­ards India. Begum Zia correspondingly leans tow­ards Pakistan. This is the backdrop.

In mid-April some friends invited us to participate in the Poila Boishakh festivities in Dhaka. I have never seen the Indian new year celebrated on an epic scale as it is in Bangladesh. Ramana Park, the vast maidan in the heart of Dhaka, hosted a colourful carnival. Groups of women, in elegant sarees, bindis on their foreheads, sang Rabi­nd­­rasangeet, Naz­rulgiti, and, for variety, more contemporary songs in Ben­gali to the accompaniment of a rock band. But this is one facet. The previous day, clerics affiliated to the Jamaat had issued a ‘fatwa’, declaring Baisakh festivities as ‘haram’, or impure.