If the Congress party doesn’t win Punjab and if the SP-Congress alliance doesn’t make it in Uttar Pradesh, then the knives will be out... 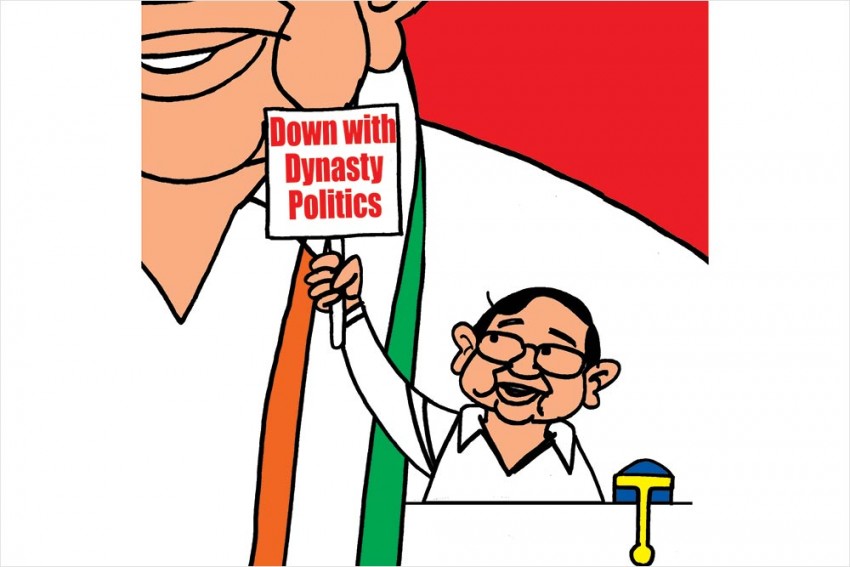 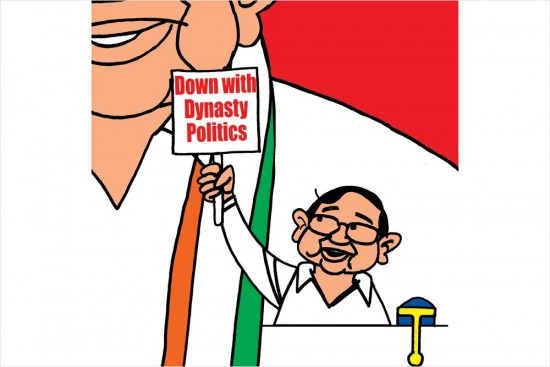 To retire, particularly from mainstream power politics, is a noble thought. A little like a glutton’s dietary vow. So, when a senior cabinet minister of the UPA government chose not to contest the last Lok Sabha polls, it seemed he was graciously hanging up his boots to sit, look back in leisure at a long career, reminisce and probably even write his memoirs. But soon after his party’s expected rout, he was seen scrambling to get back to Parliament through the Rajya Sabha. True to the dynastic traditions of his party, the Lok Sabha seat vacated by the father had earlier gone to the son, who in turn had miserably failed to convince the electorate.

Now, suddenly the son has taken on Rahul Gandhi, though obliquely. The issue is, of all things, dynasty. Hilarious, it is. But what could the real reason be? It is a fact that the son of the former minister is in the eye of several scandalous storms with the rumble of probes and charges of financial impropriety pursuing him. Sure, there is a countercharge for every charge and there is a BJP diary for every Congress diary. These veterans know well how to handle a few corruption allegations. Then why attack Rahul Gandhi at this juncture?

Is this an early sign of an imminent implosion in the Congress? Some grandees of the Grand Old Party seem to be extremely impatient with Rahul Gandhi’s leadership. While one section wants to set the sister against the brother (a few insiders feel this could be the reason why Priyanka Vadra didn’t really turn up for electioneering in Uttar Pradesh despite her promise to Akhilesh Yadav), others have a grand vis­ion of capturing the party themselves and taking it to victory in 2019.

Well, all their calculations hinge on the assembly poll results. If the Congress party doesn’t fare well, that is, if it doesn’t win Punjab and if the SP-Congress alliance doesn’t make it in Uttar Pradesh, then the knives will be out. All the noise about the dynasty is actually sharpening of the knives. If by any chance, the Congress wins, at the very least, Punjab, then the party and its veteran leaders would all be “back in business”, in the true spirit of the term. And if Akhilesh becomes chief minister, then the Congress would be on a roll. But if there is no scope for any self-improvement, if there is no hope of returning to power even in 2019, then these great national leaders will have no option but to plunge their long knives into the leadership and seek alternatives.

Their primary alternative will be to split the party. Herein lies the rub. It’s all fine for the ex-minister’s son to attack Rahul Gandhi, but who would want to follow his dad? And that question hangs heavy over every so-called national leader of the Congress. Not many can even win their own seats, let alone lead the party to victory in a state. Without the support of the AIADMK or the DMK, a Tamil Nadu stalwart had lost his deposit. And those who can win their seats know well that there is no point in teaming up with the grandiloquent have-beens, they are but a liability. But that may not stop the biggies from making an attempt. Either way, these are interesting days. By the time you get to read this issue, the poll results would have been out and the conspirators would have finally decided to unsheathe their long knives or not.