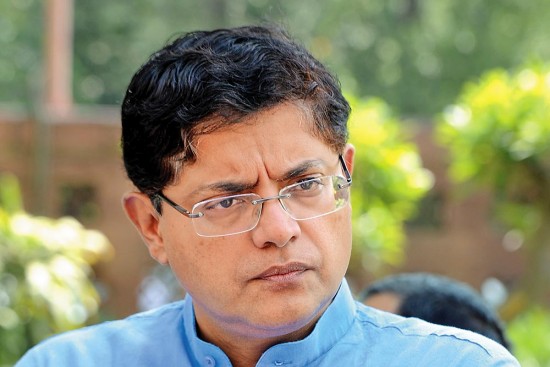 Not long ago, he was the ­party’s face in Delhi. For years, he represented the Biju Janata Dal (BJD) in alm­ost every discussion on national TV. But today, suspended MP Baijayant ‘Jay’ Panda is persona non grata for the party he claims to have helped found. With the industrialist-turned-politician falling foul of party supremo and Odisha CM Naveen Patnaik, the wrath of both the party and the government has fallen on him like a ton of bricks—literally so last May, when he was assaulted with eggs, bricks and stones by BJD members at Mahanga, in his Lok Sabha constituency of Kendrap­ara, while inaugurating a drinking ­water project built with his MPLAD funds. Panda lost no time acc­using “an ­officer on the third floor” (the CM’s office) of orchestrating the attack. That’s when things came to a head, though tense und­ercurrents had been evident since the 2014 gen­eral elections.

Panda claims he has been on physiotherapy for 10 months now due to the shoulder injury he suffered in the Mahanga attack, and there hasn’t been a single occasion since when he could visit his constituency without facing protest by BJD workers. “In these months, not once has the party chief called to ask how I am. And that hurts,” says Panda. On January 24, the simmering tensions culminated in his suspension for ‘anti-party’ activities.