In his intolerance of inequality and creation of a rights-based constitution, Ambedkar’s vision for a modern India is still our blueprint for the future 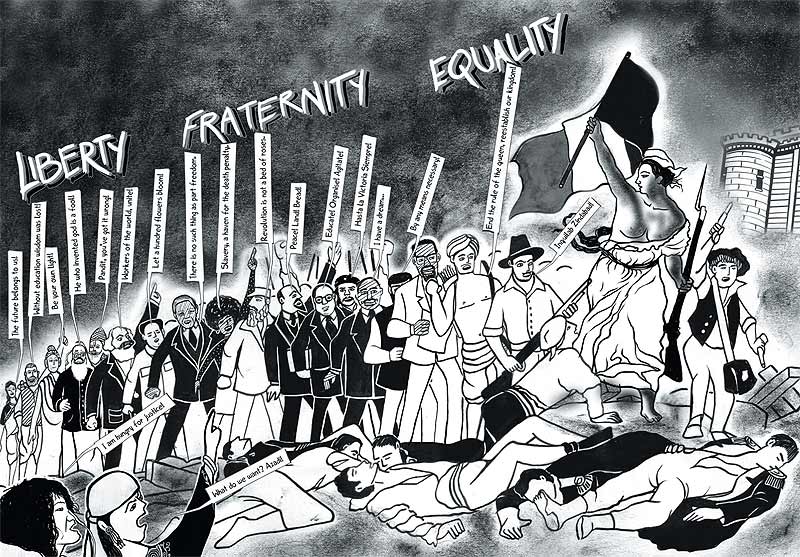 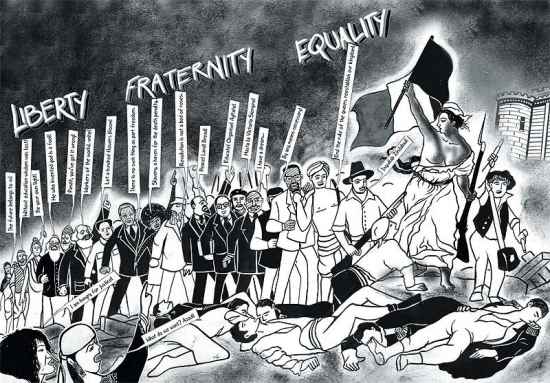 Anand Bollimera, a Dalit activist from Andhra Pradesh, who was a part of the Dalit Swadhikar rally in 2003 that traversed the entire nation with a picture of Ambedkar on a vehicle, knew none of the languages of those villages and towns where they organised rallies. Emotions would run high at these meetings thronged by Dalits revering Ambedkar. The activists were never short of donations and food, as well as diesel for their onward journey.

Anand realised that an image of Ambedkar was the sole unifying factor for all Dalits, transcending language barriers, from Calcutta to Kanyakumari. Ambedkar has an everyday presence in the lives of the 160 million-strong Dalit community. He gave millions of Untouchables an identity of their own.

Bodhisattva Bharat Ratna Babasaheb B.R. Ambedkar (1891-1956), as he is known to his followers, is now regarded as a great Indian, a person relevant for all times to come. This is not because his followers are unwavering in their devotion, or that they happen to be numerically higher than supporters of any other person (dead or living) in India; and certainly not because he probably has the highest number of statues erected for any man in history. It is because his following has transcended generations. His relevance—political, social, ideological, religious, economic—will persist as long as the clamour and struggle for justice and equal rights exists.

In a speech on the birth centenary of social reformer M.G. Ranade in 1943, Ambedkar defined a great man: “Sincerity and intellect are enough to mark out an individual as being eminent.... A great man must have something more than what a merely eminent individual has. A great man must be motivated by the dynamics of a social purpose and must act as the scourge and the scavenger of society. These are the elements (that) constitute his title deeds to respect and reverence.” Ambedkar himself fits the definition quite perfectly.

The stage that catapulted Ambedkar to indisputable prominence was Gandhi’s fast undo death, opposing the political safeguards that Ambedkar secured for the Untouchables from the British in 1932. The Poona Pact between Gandhi and Ambedkar on September 24, 1932, shaped our electoral system and the electoral method by which reserved constituencies were defined.

Ambedkar introduced reservation for untouchables in jobs, education and scholarships through the Poona Pact. Initially unwilling, Gandhi finally agreed to a representation of scheduled castes in legislative bodies under it. But Gandhi skewed the electoral method, which made the election of a reserved candidate dependent upon the dominant caste vote. This rendered them subservient to the interests of dominant social forces, defeating the very purpose for which such representation was secured.

Gandhi and Ambedkar agreed on many things, only to differ on the methodology. Gandhi’s assassination before the Constitution could be finalised even gave an opportunity to Sardar Patel to move towards abolishing political safeguards to Dalits and tribes, but which were rescued due to Ambedkar’s persistence. They were first extended by Nehru in 1961. The representative character of reserved candidates remained the way Gandhi wanted them to be.

While Gandhi’s assassination restricted his historical contribution to the achievement of Swaraj, it was Ambedkar’s idea of a new India that made him establish a rights-based Constitution. Now these very constitutional means are used to secure the same rights for all—food, livelihood, education, political and social safeguards, thus revisiting Ambedkar’s contribution to the body politic. 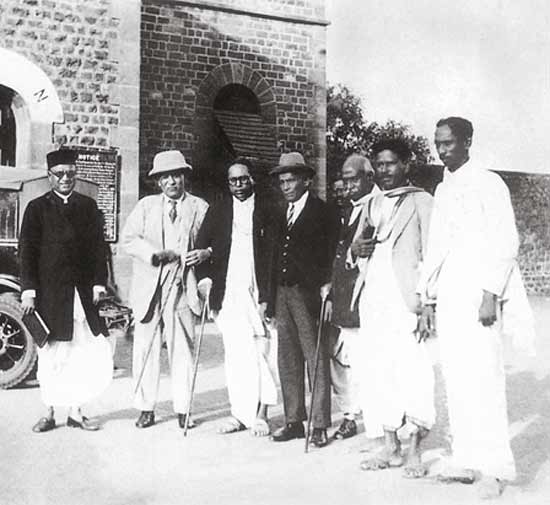 Dalits have tirelessly brought Ambedkar to the centrestage, arguing that he was a great nation-builder as well.

Universal adult franchise was a right for which Ambedkar fought since 1928 before the Simon Commission, which the Congress boycotted. This, at a time when Europe was still considering female franchise and America the vote for Blacks. He warned Constituent Assembly members that they shouldn’t, in their eagerness to bring Indian states into the Union, compromise in any manner on the basic principles of democracy. Ambedkar fought against an emerging democracy of patronage to create a democracy of rights for a new India.

Ambedkar’s vision of modern India tends to revisit us more often. His 1955 idea of linguistic states split Bihar and Madhya Pradesh into two, which became a reality in 2000. He was for small states and wanted Uttar Pradesh and Maharashtra split into three. He looked at Bombay as a city state and Hyderabad as the second capital of India for its centrality. The idea of gender equality, which Ambedkar wanted to achieve through the Hindu Code Bill by making women coparceners in 1951, was realised in 2005. Ambedkar chose to resign from Nehru’s cabinet on the issue of gender equality, while orthodox Hindu leaders derided him as a Modern Manu, as he dared to dispute the laws of Manu.

Ambedkar’s vision remains unfulfilled. His body politic was to be a “united states of India”—an indissoluble union. In his India there wouldn’t be landlords, tenants and landless labourers; where all land would be vested with the state and where all Dalits would be resettled in other settlements, away from their oppressive villages. For him agriculture would be considered a state industry, insurance a state monopoly and every citizen would be entitled to a policy.

The nation owes it to the tenacity of Dalits for relentlessly pushing Ambedkar and his ideals to the centrestage, arguing that he was not only a leader of Dalits, but a great nation-builder. Throughout their fight against oppression and hatred over the decades, Dalits have redistributed, reread, and reinterpreted Ambedkar’s books. Finally, we have come to a stage where the nation has realised that its body politic is in peril, and has silently admitted the point that democratic ideals should have precedence over everything.

A Case For Bhim Rajya