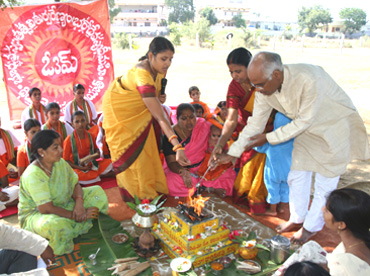 The family purohit, the medium of communication with the Almighty for most Hindus, conforms to a stereotyped image—dhoti-clad, sacred thread across the chest, a smear of turmeric/sandalwood paste/ash on the forehead, and a tongue that unleashes an avalanche of shlokas and mantras. He is also usually defined by two crucial words: Brahmin; Male. 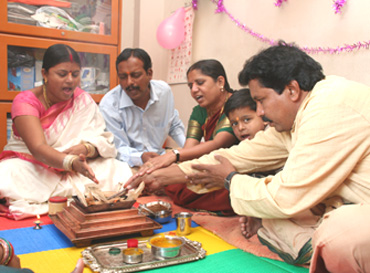 Vaishnavi Devi at a family...