The UP CM has no answer for the Congress scion 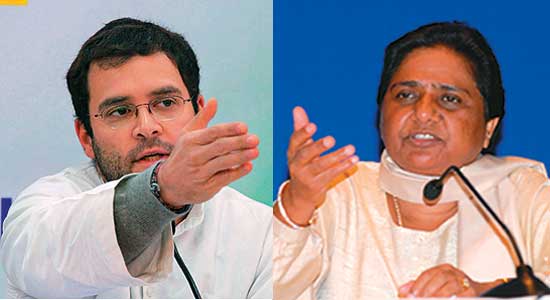 Uttar Pradesh chief minister and Bahujan Samaj Party (BSP) chief Mayawati likes to come across as someone arrogant, unfazed and indifferent to her critics, dismissive of her opponents. There is one rival, though, who gives her discomfiture. While it is easy for her to lambast most of her adversaries, she seems to be at her wit’s end when it comes to Rahul Gandhi, whom she calls the “Congress yuvraj”.

Evidently, she is aware that while the likes of Mulayam Singh Yadav do not have the political tools or the charisma to dent her party’s Dalit votebank, the Congress scion is surely endowed with that potential. According to party insiders, the manner in which Rahul reaches out to the common man, including Dalits in the remotest of villages, is extremely frustrating for Mayawati. Equally, the younger Gandhi is capable of wooing Brahmins who had backed the BSP in the 2007 elections but are now disillusioned and feel shortchanged by Mayawati.

Mayawati is aware that Mulayam Singh has neither the capability nor the charisma to dent her.

Party sources also feel that Mayawati’s obsession with personal security cover is alienating her from the people. She has made herself totally inaccessible, shutting her doors to everyone and confining herself to her official residence—4, Kalidass Marg. The traditional daily morning janata durbar, where most visitors were wronged Dalits, has virtually disappeared. She allows access only to a select few. Even her own party legislators and MPs find it difficult to meet her. Harassed and harried Dalits, attempting to get anywhere close to the CM’s residence in search of justice, have only landed themselves behind bars on the charge of “violating the CM’s security”.

Mayawati rarely sits in her office. No one has a convincing answer for this. “You must remember that besides looking after the affairs of the state, she also has to handle her party, which she runs single-handedly at the national level,” her close confidant and BSP state chief and cooperatives minister Swami Prasad Maurya says in her defence. “Remember, she is the national president of the party, and also has to attend to organisational matters of different states.”

Maurya is in no mood to entertain any comparison with Rahul vis-a-vis his accessibility to people. “How can you compare Behenji with the ‘Congress yuvraj’? She has gone through the mill to make her way up to this level. She has earned respect and commands it while Rahul was born with a silver spoon and has been thrust upon others.”

Notwithstanding his claims or of other sycophants, her feudal ways are undeniably slowly alienating Mayawati from her roots. And it is none other than Rahul who appears to be making a dent in her hitherto exclusive Dalit bastion.

The Rahul effect is confined not just to Amethi. He has been reaching out to Dalits in the BSP stronghold of Bundelkhand, he has visited villages in different parts of the state and has gone without too much security, though he enjoys SPG cover. All this has left Mayawati jittery. In the last two years, this frustration has manifested itself in the form of outbursts against the Congress leader, the labelling of his visits as a “gimmick”.

Very clearly, Mayawati does not know how to handle the problem called Rahul. Had it been bete noire Mulayam Singh levelling wild allegations against her, she would have had no trouble paying him back in the same coin. But countering Rahul’s offbeat and down-to-earth moves is another bugbear altogether.