The Nyet Flight To Kabul

Marching forth on another's war would lead India to a minefield 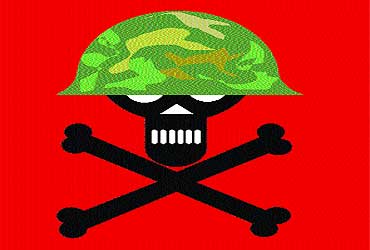 outlookindia.com
-0001-11-30T00:00:00+0553
For the last week or more, the buzz in Delhi is that India has been asked to send troops to Afghanistan to help in its pacification. Indian troops, we are told, could take over various duties in the calmer areas of the country and thus release more British and American troops to fight the Taliban in the troubled south and east of the country. What is disturbing about these rumours is the belief that the government is seriously considering the request.

The request has come from the EU, US and possibly Canada. British, American and Canadian troops have borne the brunt of the fighting in the south and are at present engaged in Operation Mountain Thrust, a determined bid to clear the south of Taliban forces and bring it back under Kabul.

Those in favour of sending troops argue that Afghanistan is not as the same as Iraq. The link between the Taliban regime and the 9/11 terrorists was direct and indisputable; the US, they say, did not attack Afghanistan but came to the assistance of the government of the country, a government that had been ousted by the Taliban; and the actual fighting on the ground was between Afghans. If India sent troops, it would be to assist a legitimately elected government whose leaders have close links with India.

These are all sound arguments, so it is easy to understand why New Delhi might be tempted. But they all suffer from one serious flaw: all relate to India's relations with other countries. None take into account the likely impact of the intervention on India's domestic politics. It would be disastrous. To understand why, the government needs only to remember its reluctance to get involved in the Sri Lankan crisis even after the LTTE's attack on Elephant Pass in 2000, and why it still reluctant to get involved. Reason: fear of a backlash among Tamils.

Sending troops to Afghanistan would generate exactly the same kind of tension among Indian Muslims. These would become hard to contain if the troops got involved in actual fighting against the Taliban. This was vividly demonstrated by the sudden violent outburst of anti-American or anti-foreigner sentiment in Kabul on May 30. It was triggered by a speeding American Humvee that killed a pedestrian. The accident blew the lid off years of simmering resentment against the foreigners who had invaded their country with vast incomes, opulent lifestyles and large cars. Riots followed—eight were killed and more than a hundred injured. Till then, Kabul had been considered the only truly safe place in Afghanistan for foreigners. But it too is on the verge of becoming a theatre of conflict.

The government would do well to harbour no illusions about how young impressionable Muslims will see such an intervention. In the last five years, US forces in particular have used just about every kind of lethal weapon short of nuclear ones. They have not distinguished between civilians and combatants, men and women, adults and children. Suspected Taliban hideouts have been destroyed almost exclusively from the air, often using pilot-less drones. When you kill people not knowing who you are killing, you are an inch away from genocide. That is not, of course, the intention. But after five years of the war against terror, Indian Muslims can be forgiven for not making fine distinctions.

The risks that India will run, therefore, go far beyond the loss of life that would result from getting dragged into someone else's war. The Lashkar-e-Toiba is already using the memory of Gujarat '02 to recruit young Muslims into terrorist cells. Do we really want to give them Afghanistan as well?

A far better alternative would be to work jointly with Pakistan to bring peace to Afghanistan. What the two countries can achieve is unclear but they have three factors working in their favour. First, together they might just succeed in doing what Pakistan alone could not—which is to persuade the West that while eradicating the Taliban militarily is impossible, persuading the moderate elements in it to join in the governance of Afghanistan might just be possible. Second, they can certainly exert more influence on the adversaries than NATO or the US. India has long-standing ties with the erstwhile Northern Alliance while Pakistan almost certainly retains sufficient leverage with the Taliban to moderate its demands and consider a compromise with the northern tribes in the interest of peace. Finally, if Indian and Pakistani troops have to be deployed, they will appear a lot less foreign to the ordinary Afghan. But they should only go as part of a UN force invited by the Afghan government after a peace has been brokered.

This is a mountain of a task. But as the impossibility of taming the Taliban in the hostile terrain becomes apparent to the West and the dangers of an unending war on the Pathans become apparent to Pakistan, this perhaps is the only sane course open if peace is ever to be achieved.