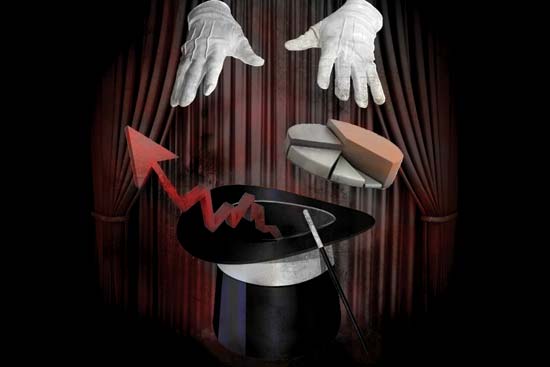 On June 8, 1891, an irate reader wrote to the editor of British newspaper, The National Observer, “Sir, it has been wittily remarked that there are three kinds of falsehood: the first is a ‘fib’, the second is a downright lie, and the third and most aggravated is statistics.” Fifteen years later, Mark Twain repeated this in his Chapters from my Autobiography, observing, “Figures often beguile me, particularly when I have the arranging of them myself.” In the past decade, figures have more than beguiled India’s economic policymakers—they have confused and misled them into enacting policies that have had a devastating effect upon the economy, and on people’s lives. Last week’s quota of fresh statistics helps us to understand why. On February 8, the Central Statistical Office sent a wave of euphoria through the country’s economic establishment by announcing that the GDP would grow by 7.4 per cent in 2014-15, and not the 5.4-5.9 per cent it had predicted till then. This would make India the fastest growing economy in the world. India was thus about to achieve its long cherished dream of overtaking China’s growth which is slated to be 7.3 per cent this year. What is more, in the previous year it had grown by 6.6 and not 4.7 per cent as calculated earlier.

The new estimates set off a burst of self-congratulation. Incurable optimists see this as a vindication of Goldman Sach’s prediction, made a fortnight earlier, that  India’s GDP would overtake that of the US by 2050. The corollary is that the government need not worry about economic growth. RBI governor Raghuram Rajan is on the right track when he ref­uses to bring interest rates down till he is absolutely convinced that inflation has been licked. For the high rates of the past four years have clearly not affected economic growth.